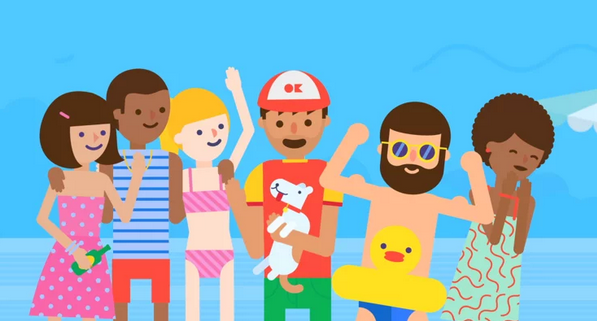 We keep our eye on the big trends in mobile, and the new apps, big and small, that are playing in the space. Today we’re rounding up five new ones to know.

Because young consumers live so much of their lives on their mobile devices, we always have an eye on the big crazes in the mobile space. There are trends in fashion, entertainment, and pop culture—so why wouldn’t there be trends in the massive world of apps as well? From news to chat to emoji-speak, we’ve told you about some of the most recent movements drawing in Millennials and teens. Today we’ve rounding up five newbies from startups and big players in tech, all of which play off a current mobile mania: 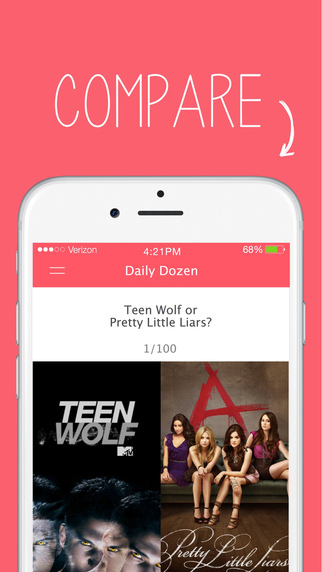 Millennials’ approach to news is without a doubt different from previous generations’.  As we’ve noted, they’re growing up in and getting used to a world where news is as likely to reach them via Twitter as it is from a news network, and everything moves so quickly that major news organizations are trying to keep up with blogs to get to a story first. Now apps are reimagining the way that news is delivered. Kite is a newbie in the space being called “the Instagram of news.” The app looks more like a social network than a news source, providing a stream of content for users that provides a link to a story of site that the “people they find interesting” are reading. 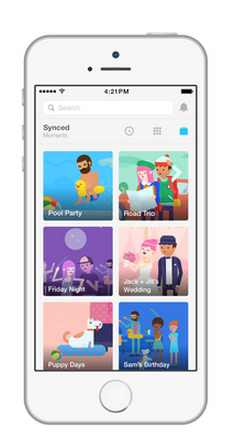 New ways to share photos have “been a Silicon Valley obsession for more than half a decade.” It makes sense, as photo sharing has become a vital part of young consumers communication in a relatively short amount of time, and image sharing services are not just feeds of pictures—they are an essential part of their peer interactions, and their self-expression. But the space is wildly crowded, and many photo sharing startup attempts fall flat. Now a major social player is entering the fray with their own solution to some long-standing problems. Facebook’s new standalone Moments app uses facial recognition to scan through the photos on users’ phones and provides a turnkey way to share them with the friends in the shot. The app emphasizes privacy—photos are only shared with specific friends, and nothing is public by default.

After years of languishing in pipe dreams, virtual reality is here, and this could be the year it takes off. But there are already signs that the technology could have impacts far beyond gaming, and will have ramifications for entertainment, news, and the internet as well. Facebook-owned Oculus might be at the center of the VR revolution, but it’s Twitter that’s the first social network getting the VR treatment. Swerve, an app from Fourthwall Media, will give users access to social media in a whole new way. The app’s site asks visitors, “Ever wondered how Tom Cruise checked his Twitter in Minority Report?” We’ll all find out what that looks like next month, when the app is released, and the site also notes that Instagram is coming soon… 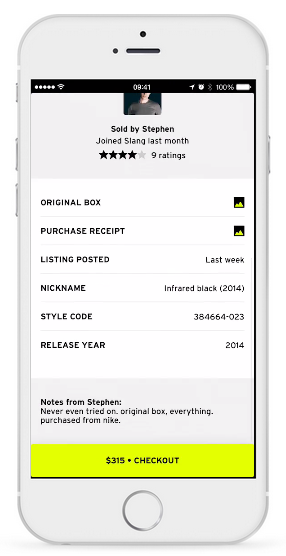 The mobile dating app’s success with young consumers has led to “the Tinder effect.” Swipe right/swipe left design is becoming a go-to design for apps that want to get the attention of Millennials and teens. “It’s like Tinder for…” has quickly become a phrase used to describe up and coming mobile startups simplifying processes and using the addictive swipe design to hook young users. Slang is the latest to be compared to the dating app. The startup is the “Tinder for sneakers,” providing a platform for sneakerheads to sell and buy high-end kicks in a swipe-right-swipe-left shopping format. Users can browse a feed of collectable sneakers being sold by other Slang members, and those who create a posting for sneaks on slang will have their listing posted anywhere that sneakers are sold to optimize the peer-to-peer retail process.

GIFs is their name, and…based on that, we are pretty sure you can guess what their game is. GIFs are the sweetheart of the internet; an important fixture of communication for young consumers, internet users, and the brands that want to speak their language. In just a few short years, the looped motion files have gone from near extinction to become a vital part of conversation. But finding the GIFs to use in those conversations hasn’t gotten that much easier over time. Enter GIFs, the iOS browser app for finding the best GIFs to express yourself.  The free app sources GIFs from GIF-heavy communities like Tumblr, Reddit, Giphy. The functions are focused and simple: finding GIFs is all the app is about. As their description says, “Look let’s be frank. This is a GIF searching App. You probably didn’t know you needed this, but I assure you. You do. Everyone needs this.”