Virtual Realities: The Future Of VR Goes Beyond Gaming

After years of languishing in pipe dreams, virtual reality is here, and this could be the year it takes off. But there are already signs that the technology could have impacts far beyond gaming. We could be on the edge of the VR future.

Virtual reality began to look like, well, a reality, just last year. VR tech was one of the big trends out of SXSW 2014, and Facebook acquired VR start-up Oculus for a cool $2 billion. E3 2014 was in part a battle of the virtual headsets, with Sony’s Project Morpheus taking on Oculus Rift, and Samsung unveiled their Samsung Gear VR, which is now available to everyday consumers. This year’s International Consumer Electronics Show featured the “growing momentum” around virtual reality. There is no question that whatever the future of gaming might be, virtual reality tech is positioning itself to be a huge part of it. But there is already clear evidence that VR could have impacts far beyond gaming. Here are three of the big areas that could be poised for a virtual reality revolution: 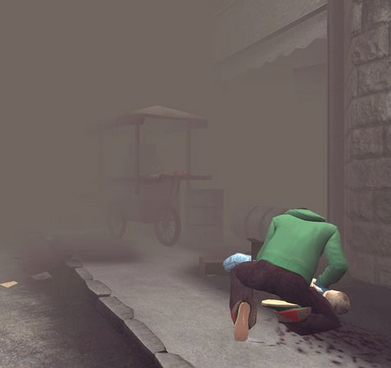 Film is probably the area most ripe for virtual reality innovation. Last week’s Sundance Film Festival New Frontier program introduced VR films to the masses, and the introduction comes at a time when a shift in filmmaking “might be well overdue.” Streaming has caused ticket sales to decline, and the way viewers consume films is in flux. Although VR may not necessarily bring back larger audiences to theaters, Wired predicts it has the potential to create an equivalent “excitement of those first silent movies.” At the festival, Oculus, already famous for its VR video games, unveiled Story Studio, a new in-house branch dedicated to creating VR films and discovering the most effective storytelling methods. The release of this studio and VRSE, an app allowing users to watch VR experiences, are creating quite a buzz in the filmmaking community. Fox Searchlight Pictures also premiered a special virtual-reality scene for their film Wild during the fest. Films made in VR immerse the viewer in the action in a completely new way, and studios, startups, and artists alike are playing with telling compelling stories in virtual reality, where viewers can look anywhere in a 360 degree field at any time, and feel as though they are experiencing the action.

Creating high quality content certainly has its obstacles. For one thing, it’s incredibly expensive: $170,000 was spent on one three-minute clip shown at Sundance. But while  creating and watching VR movies is not yet very convenient and VR tech options are limited at the moment, it is clear that there is huge potential in the new medium. We expect that many entertainment brands will be dipping their toes in the VR waters this year for marketing and short form content. 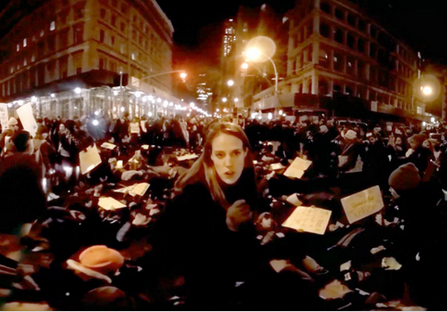 Vice News, a Millennial dominated channel, is continuing their untraditional coverage style by introducing virtual reality to their audience. Vice demonstrated what the future of reporting might look like with their virtual reality coverage of the New York Millions March this past December. With Vice’s correspondent Alice Speri navigating the experience for the viewer, the use of a 360-degree camera system immerses viewers right in the action of the event. The Vice VR Millions March report is available to view through the app VRSE, and supports Google Cardboard, a cheap and easy way to watch VR. The news piece, directed by Spike Jonze and Chris Milk, premiered at Sundance, but is an indication of what news coverage could look like if VR becomes more widespread, and Vice is planning to continue to develop news features using the technology. 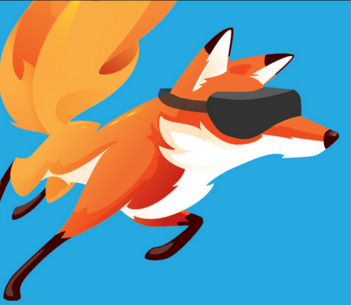 The web browser is an unexpected place for virtual reality apps, but Mozilla is pioneering the movement towards experiencing VR while browsing the web. Last year, the tech company released prototype versions of Firefox that can be browsed through Oculus Rift or other VR headsets. If the project grows, it could mean an entirely new way to explore the internet, which could become a “3D realm” rather than a flat screen. Mozilla’s Josh Carpenter believes that the virtual reality is destined to become a very big deal, but definitely presents some hurdles along the way—something that his company is up to working out. That challenge is to “give users that feeling of actually being present in a different world.” Mozilla isn’t the only company putting energy and resources into bringing VR to browsers: Google has also begun to experiment with making the internet a virtual reality zone.