Occupy The Bookstore: Q&A With the Founder of Texts.com 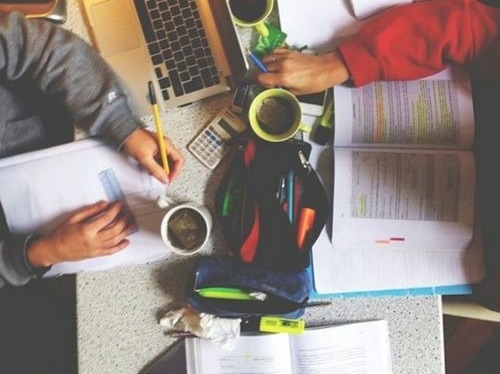 Student loans are a huge financial burden to many Millennials—a 2014 Ypulse monthly survey found that 60% of Millennials ages 18 and over have taken out student loans. President Obama even recently announced his plan to make the first two years of community college free. The skyrocketing cost of tuition has also been raising the awareness of college expenses today. Of those expenses, buying textbooks has been an inescapable burden. According to the College Board, the average student at a four-year public college spends $1,200 on textbooks per year. However, thanks to some enterprising recent college grads, students may never have to dig up that kind of cash again.

Peter Frank is the Millennial CEO and founder of Texts.com, a textbook exchange site that allows students from any campus to buy and/or sell books at the best prices. Now he and his team are putting the tools to revolutionize the process of buying textbooks at college students’ fingertips. Stemming from Texts.com, the company recently released Occupy The Bookstore, a new Google Plug-In that allows students buying textbooks on online to instantly compare text prices across the web and in student listings so they can save hundreds. The tool places the power of price information in the hands of the students, instead of the bookstore. Occupy recently gained a huge amount of users in the 24 hours after a Reddit AMA about threats to the service. In the introduction to the AMA, Occupy The Bookstore explained, “We’ve been asked to remove the extension by Follett, a $2.7 billion company that services over 1700+ college bookstores. Instead of complying, we rebuilt the extension from the ground up and re-branded it as #OccupyTheBookstore, as the user is literally occupying their website to find cheaper deals.” We spoke with Frank to find out more about Occupy The Bookstore, his inspiration for providing his generation with these tools, and his experience as a successful Millennial CEO.

YP: Explain the Millennial attitude towards buying textbooks. Historically, it’s a huge inconvenience and economic burden for most. When you go to universities, do you still see this?

PF: I think it’s potentially gotten a bit easier with the advent of Amazon, Chegg, and other services like that. Fundamentally, its still incredibly expensive and a process that’s fairly opaque as to where they can get best prices. The number of students that use the services of Texts.com to compare prices is still really, really low. In addition to that, the students that try to buy and sell books on campus, at this point, largely rely on Facebook groups, which aren’t designed for that, so they get really disorganized and you’ve got listings that are no longer relevant. I think its improving with new technology, but I think it’s still a very frustrating and expensive problem for students.

YP: Why do you think the number of students taking advantage of services like Texts.com is still so low?

PF: I think that especially early on in the college career, students are afraid of putting themselves at any disadvantage, so they tend to go to the bookstore just to make sure they’re getting the right thing. That tapers off as students become wiser and more experienced, but I think it’s just a product of a market where the powers that be recognize that you really do need the books to compete and so the power is not on the side of the students.

YP: Where did the idea for Occupy the Bookstore come from?

Peter Frank: We run our core service, Texts.com, which is a student textbook exchange and price comparison website. In developing that price comparison technology, we developed an internal API where we feed it an ISBN and it returns the relevant prices available for that book from our affiliates, whether its Amazon, Chegg, Vala books. Because we developed a tool and are able to write or reuse it, we wanted to look for new ways we could leverage that technology, ways we could expose competitive textbook prices directly where students are already purchasing books. That’s when we had the inspiration for Occupy The Bookstore, where we could overlay that textbook information directly on the textbook website, because we recognize that the bookstore has benefited to date by controlling that required textbook info. By bringing the open market to their site, we are able to help students identify cheaper deals.

YP: Occupy The Bookstore recently went from 200 to 15k downloads in 24 hours. What do you hope to see throughout spring semester?

PF: We really excited for the press we got out the gate, from the Reddit AMA and the ensuing press, and that’s continued to grow. We’re above 25K and seeing really healthy growth and that’s exciting. But we also have perspective in mind. We’re talking about 5 or 10 million college students buying textbooks that can be aware of our service, so while we’re definitely super pleased, we’re still incredibly hungry to continue spreading the word and make sure that students are aware of the alternatives at their fingertips. We’re excited about the preliminary figures we’re seeing from our affiliated student government partnerships through the core texts.com site, so we’re excited to keep expanding that project as well.

YP: What is a challenge that you face as a Millennial CEO?

PF: I think there is a mythology of the young entrepreneur disrupting industries that has been developed, so that helps in that it hedges against that thought that people shouldn’t take us seriously. What I have experienced is this lack of respect, because we’re going after such a canonical problem: everyone knows someone that’s tried to launch a college textbook exchange, and they never work. So sometimes we’re disregarded as being naïve or having hubris to think that we can tackle it. That definitely ties into being a Millennial and someone being directly out of school. Luckily, this idea hasn’t affected the opinions of the folks that are savvier and are aware that young people can attack big problems with success. In general, I think Millennials are as equipped as anyone to start a company precisely because they don’t know enough to be afraid or intimidated by the problem and we also frequently say we’re scratching our own itch here. 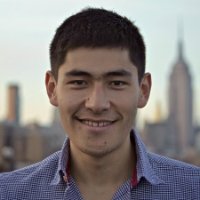 PETER FRANK
Peter has been interested in entrepreneurship since middle school, when he began selling admin privileges on a Counter Strike server that he and a friend hid on the Caltech campus. He moved on to buying and selling domain names, and eventually began developing websites. In 2011, he sold CollegeACB.com, the nation’s largest anonymous discussion board for college students. He later worked for six months as a “jack of all trades” associate at Hatch Labs, the firm that developed Tinder. He enjoys playing basketball, chess, and cooking for his roommates. He lives in NYC and picks up sandwiches from his local bodega far too often.