Go F*ing Do It: Goal Apps Get Intense

Young consumers have grown up with more distractions than ever before, but these tech solutions are providing some serious incentive to end procrastination, and just get things done.

Between social media, entertainment on-demand, and, well, the internet in general, young consumers have more distractions to deal with than ever before. Of course, Facebook, Twitter, Instagram, and the like are a major attention-hog for them. 26.9% 18-24-year-olds and 23.2% of 25-34-year-olds in the U.K. check their social platforms in bed as soon as they wake up, with “after I get up but before I get dressed” ranking as another popular time to check for these age groups.

One solution they’re turning to is unplugging, which of course, they’ve found apps to help with. But another tech-solution on the rise are goal apps that force them to put all distractions aside and just get things done—or else. These goal apps have moved far beyond the average to-do list, and gotten intense. Here are two to know: 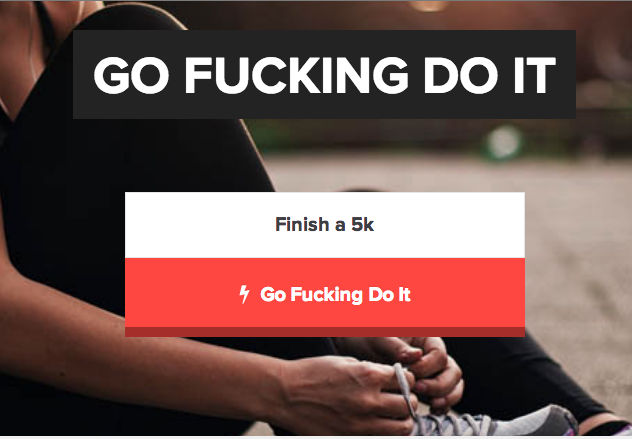 Go Fucking Do It

Well, the name of this site might just say it all. Go Fucking Do It (GFDI) makes users put their money where their mouth is. Visitors can enter a specific goal and time span. Anything from “I’ll surprise my girlfriend every day” to “I will launch my start up” can be the objective, and any price can be named. A “supervisor” is also entered to keep track of whether everything is on track. If the deadline passes and the goal hasn’t been reached, the pledge must pay the price. The site collects all the money lost when things aren’t accomplished—which is part of the incentive, as they say if it went to charity there wouldn’t be as much reason to go f*ing do it. 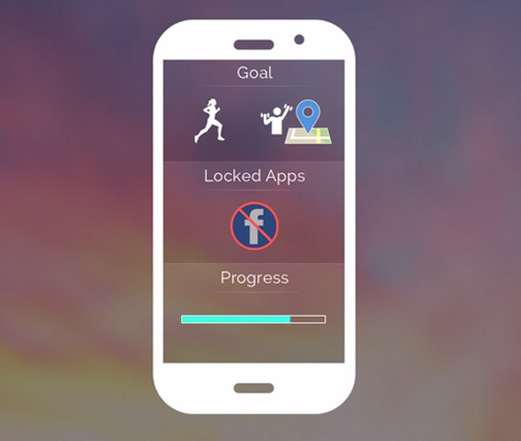 If Facebook, Twitter, Instagram, Snapchat, and Vine are keeping you from getting in your daily work out, Nudge Kick is the solution. This app actually locks down any distraction-heavy sites and apps until users exercise and complete their fitness goal for the day. They set the goal, selecting the type of exercise that they want to complete, or whether a gym check-in will be needed to unlock the things they want to see, and the days they want things to lock down. They then select the apps they want to block until they’ve done their time—from WhatsApp to Netflix, and of course all the usual social networking suspects. The phone is the device keeping them accountable, because it will keep track of their movement and check-ins automatically, forcing them to get moving before they can plug back in.