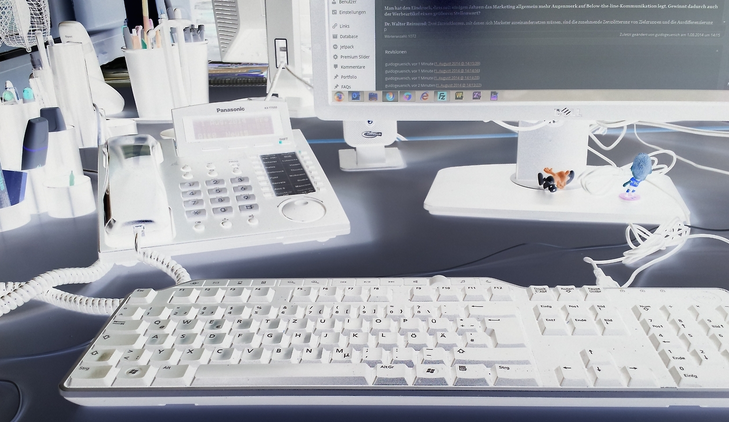 They have a rep for being demanding, disloyal, and yes, entitled, in the workplace. But some myths about Millennials on the job aren’t standing the test of time.

Generational discord in the workplace has become an almost common complaint as Millennials have entered the job market en masse over the past ten years. When reading about some of the complaints against younger workers, it would be easy to make the assumption that all Millennials are flaky, difficult, entitled, and demanding employees. But recent research indicates that believing all of the myths about them might not be wise, and the generation’s job-related behaviors have likely changed since they first entered the workplace thanks to the recession and their continued financial difficulties. Ypulse’s calculations have found that approximately 10,000 Millennials will enter the work force on a daily basis over the next four years, so, understanding what this group is really like in the office is vital. Today we’re taking another look at Millennial workplace myths, and the reality of their employment behaviors and preferences.

Millennial job-hopping may be a myth. According to recent census results, 25-34-year-olds are staying at jobs longer than workers their age did a decade ago. One theory is that changing jobs has slowed down because “the recession stymied some of these transitions [and] made finding a new job much harder.” In fact, when individuals who began their careers in the early 2000s are compared to those who began their careers in the ‘80s, it turns out that their job-changing frequency is nearly identical. In short, Millennials today are actually “flaking” out of jobs less than their Xer predecessors, and in fact, switching jobs every few years is actually a natural part of starting up a career. Experts fear the lack of job-hopping could actually be harmful to the economy because it indicates that young people may not be “trading up” on employment early in their careers. Of course, this data is looking at those Millennials who are already employed—and we know that that is not a full picture. One of Ypulse’s bi-weekly Millennial surveys, fielded this June did find that 57% of Millennials ages 18-32 say they plan to get a new job within the next year, and the fact is that staying at a job for a lifetime just isn’t a reality in a post-recession world. However, painting the generation as a group more likely to job-hop than older employees just might not be realistic.

The Myth: They prioritize the perks.

The Reality: They just want to be listened to.

Tech giants like Google, Facebook, and Yahoo have become known for tempting young employees by providing perks like free meals, and they’ve gotten a lot of attention for it, which has perhaps led to a perception that Millennial talent is prioritizing these offerings. But while tasty dining is great, the reality is that at work Millennials want fair pay and their voices heard, not free food. A recent survey found that a collaborative work environment is the most important characteristic that Millennials look for in a workplace, and free meals are “dead last” in their priority ranking. It’s not surprising that collaboration in the workplace is important to them: this is a generation that is used to having their opinions count at home, with brands, among friends, and online. They want to be a part of the conversation, not a cog in the wheel.  Our own research has also found that Millennials are more interested in the practicality and flexibility than perks and a cool factor: When we surveyed Millennials on the job qualities are important to them, 90% choose having a good work/life balance, while only 23% chose working for a cutting-edge company. When we asked them to choose what quality they are most looking for in a job right now, a decent salary and stability both ranked above a fun workplace and excitement. A cool office and cutting edge perks like massages and food are all well and good, but Millennials are not making them a priority, so in the battle for young talent, it’s important for companies to prioritize the other values that they will offer these workers, who want their voices heard, a fair salary, and a stable personal life.

The Myth: They lack work ethic.

The Reality: They time manage differently.

Perhaps one of the biggest complaints that older generations seem to have about their younger coworkers is a reported lack of work ethic—or in some complainers’ eyes, just plain laziness. But this perceived laziness is directly oppositional to Millennials own values. Our segmentation of the generation found that most highly value working hard. The book You Raised Us—Now Work With Us is out to bust more Millennial stereotypes, and smooth out generational workplace conflict, asserting that Millennials’ entitlement is actually self-confidence, and perceived lack of work ethic is a different approach to time management. Author Lauren Stiller Rikleen told Forbes, “For Millennials, the work ethic is far more about efficiency than time. A lot of workplaces are still measuring time and are unnecessarily focused on time over flexibility.” The traditional perception of getting in early and staying late being an indication of how much work is being done just doesn’t make sense to Millennials, who are used to being online and connected no matter where they are. If employers can offer them that flexibility and be more attuned to how much they are getting done and the quality of work, rather then when and where they are doing it, it could pay off. A recent global study found that companies with 30% of young employees in higher roles saw “aggressive growth,” and those with 21% and under showed “no/minimal” growth.