Where Is Everyone: The Future of Location Sharing Apps 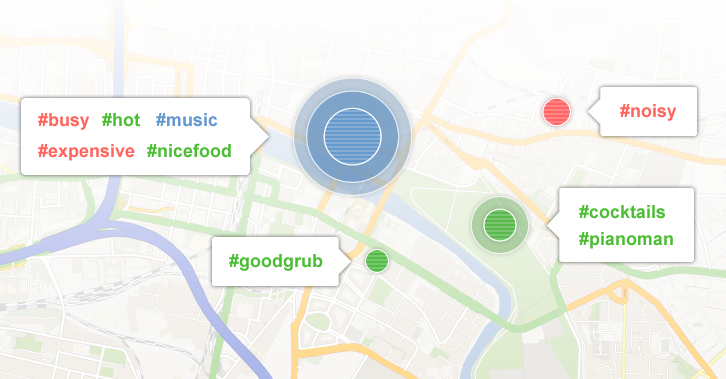 Some apps are banking on location sharing being the future of social networking. Is there a formula that will finally appeal to young consumers? Today we’re looking at the future of location broadcasting and if it has the potential to capture Millennials.

Early this summer, Foursquare made headlines with their announcement that they would be splitting their app in two, and spinning out a new app called Swarm to take over location sharing functions, while Foursquare itself will be devoted to discovering new, interesting nearby locations. The decision to split was explained by founder Dennis Crowley as a move to keep the app simple and single-function, but it could also be seen as a shift in the platform’s location strategy, and a movement away from the check-in tool the app was founded on. The fact is that check-ins and location sharing have yet to appeal broadly, even to young consumers who are known for wanting to share everything. Now several new apps are trying to rework the location broadcasting formula to find one that will appeal to users, and need to figure out if Millennials really do want to know where everyone is all the time. Here are some of the possible futures of location sharing networks: 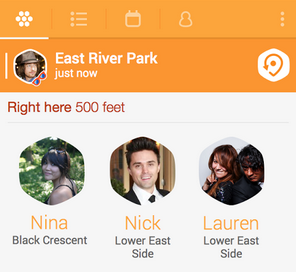 Foursquare’s Swarm constantly pings out a users location, even when they don’t have the app open, so that friends will always be able to tell where they are. But one of the perceptions of location sharing apps so far has been their “stalker-y” nature, and this involuntary participation is a turn off for some users. As one Millennial male who had tried out Swarm told us, “Sometimes knowing your friends’ locations can be cool, if you’re going out, or getting coffee or things like that, but I don’t always want to be discoverable, nor do I care where my friends are while I’m spooning with a jar of peanut butter watching TV.” There is a toggle switch within the app to turn off those automatic position notifications, but the privacy capabilities aren’t entirely clear, and it requires users to remember to open the app and swipe off when they don’t want contacts to know where they are.

Swarm is far from the only app trying to crack the location network code. In fact, a UK startup named Swarmly shares a similar name and similar functions. Swarmly allows users to share their location anonymously with friends, and locate “hotspots” (currently popular places) of people in real time. This app is also “always on,” and provides leader boards of trending locations and maps of nearby trending hashtags so that users can instantly see where the action is and join in. The drawbacks of the app are similar to Swarm’s, but for those urban social butterflies who can’t stand the idea of missing out, Swarmly could hold some appeal. 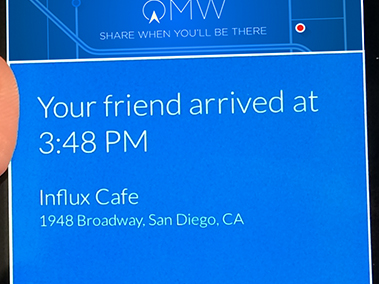 One possible future of location apps is less about automatic spot sharing and more about temporary GPS broadcasting. OMW is an app that aims to solve the problem of the constant “ETA?” texts received when en route to meet friends. Users are meant to launch OMW before leaving, and enter their destination to get an estimated arrival time and distance. Then the app asks if the travel details should be shared with anyone. Users can then enter individuals who can access their trip, and friends can check in on their location as they go, eliminating the need to shoot update messages back and forth. This more controlled sharing, and the single-function of the app makes privacy much less of an issue, and the fact that it solves an already-existing problem weighs in OMW’s favor. 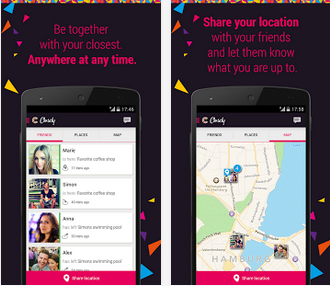 Another app is counting on the idea that sharing with smaller circles of friends and a focus on younger users are the keys to location broadcasting success. Closely is a spin-off project of another location sharing app, but aimed at children and teens. The app was created when the makers of Familonet, a location-based network for families, noticed that, “More and more children and young people, mostly girls, use Familonet to share their location with each other to get auto-messages about who has already arrived at the favorite café or at school.” Closely is always-on, but all about staying in touch with a small group of close friends. The app also eliminates the need to constantly re-set privacy preferences by “geofencing” users’ sharing preferences in predetermined locations. In other words, Closely users can choose to share where they are when they are away from home but have the app automatically shut off sharing when they are at home, or work. Closely is a small side project, but its functions address several of the drawbacks of previous and existing location sharing platforms. Their focus on younger users is also wise. When we conducted an Instant Poll of 13-24-year-olds asking, “Would you use an app to find out where your friends are,” 28% of 13-17-year-olds replied positively, compared with just 14% of their older counterparts.

What It All Means: Clearly the perfect formula for a location sharing app that appeals has not yet been hit, but the sheer number of apps attempting to use location sharing as a foundation for social networking could itself indicate that there is potential in the market for this type of platform to take off. But it is likely that any successful location based app must include clear privacy controls, and will probably need to allow sharing with only specific friends and contacts, as Millennials want as much control over their sharing as possible. Currently, it looks like teens are the most likely adopters of location broadcasting services, which makes sense considering they are the tech users who have been constantly connected with friends for almost their entire lives, and are at a stage in life when friends and social activities are of the highest priority.