Back-to-School Marketing That Stands Out…and Why

The sun may be shining, the beaches may be full, but back-to-school is on the horizon and as usual retailers are racing to get young consumers, and their parents, to pick them first for their BTS shopping teams. Yes, back-to-school marketing is here in full force, with good reason: in the most recent Ypulse Bi-weekly Survey, 28% of Millennial students said they typically start to think about what they want to buy for the upcoming school year in early August—more than any other time period.

This year’s BTS landscape is a tough one for retailers. Discounts are being relied on and families are spending less. For a growing number of consumers, back-to-school spending is being spread out over the course of the year, not concentrated into a season as brands have come to depend on. In this environment, the fight to be a go-to BTS destination is arguable more important than ever—or at least more intense. We got the dish on Millennial students’ BTS attitudes and outlooks, and 46% of Millennial students are most excited to shop for their back-to-school technology on Amazon. But Target was the biggest back-to-school shopping winner with respondents: the retailer is the store they are most excited to shop at for clothing/shoes/accessories (27%), supplies (49%), and dorm/housing accessories (45%).

Ypulse will be releasing a Back-to-School Special Report this fall to provide a deep dive into more of the data, marketing, behavior, trends, and takeaways of the BTS and BTC season. But since Millennial students are thinking about their school shopping right now, today we’re highlighting three of the back-to-school campaigns standing out so far, and why they could work: 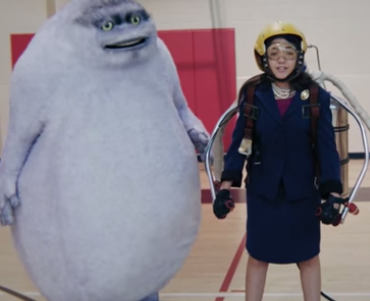 Old Navy has become known for their quirky marketing methods during sales and seasonal shopping periods, but is ditching the talking mannequins of years past to focus on tweens and their personal inner monologue on the first day of school. New ad “Unlimited” is a four-minute, offbeat musical journey through one girl’s hopes and fears, filled with inspirational lyrics, talking lunch trays, a fluffy fear creature named Womp Womp, and just enough cheesiness to feel authentically adorable without trying too hard. The music video saw 3.5 million views in one week, and has almost 5 million to date. While the song is actually catchy, what has put “Unlimited” in the download queue for many teens are small cameos from famous YouTubers JennxPenn, Miranda Sings, Kingsley, thatssojack, and MysteryGuitarMan. Viewers can follow up with their favorite digital stars in first day tips and behind-the-scenes videos from the Old Navy shoot, extending the conversation and lending the cool of online influencers to the brand’s cred. Proceeds of the song download go to the Boys & Girls Club of America, giving social-good-minded young Millennials another push to support the campaign.

Why It Could Work: Old Navy’s campaign capitalizes on teens’ musical obsession and their devotion to online personalities, as seen with the success of AwesomenessTV content and other YouTube networks. Celebrity endorsements are quickly being replaced with online-persona integration for young consumers who are more likely to be influenced by another teen with a digital channel and tons of followers than your average Hollywood celeb. “Unlimited” also forgoes flashing discounts and sales across the screen, instead providing quality content that speaks to the experiences of young viewers. 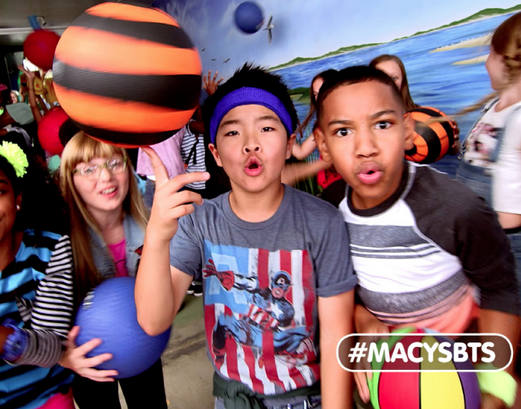 Lip dubs have been popular online for years, and lip dub challenges took off last year thanks in part to Katy Perry’s “Roar” contest, which asked high schools across the country to come up with a creative version of her hit song. Now Macy’s is using school spirit and viral video potential for a revamp of the trend. From September 4th to October 10th, the brand will be accepting submissions for a school-wide lip dub to the remixed Beach Boys song “Be True to Your School,” offering the chance to win up to $25,000 for the first place video. School spirit is number one in the All-School Lip Dub Challenge, and schools are encouraged to feature what makes their student body, faculty, and staff unique. One-take videos are a challenge to film, and participants will have to get creative to capture interesting transitions, originality, and a highly coordinated, flash mob-style video. After an entire summer off, going back to school is understandably a drag for students, but competitions like this can be a way for them to enter the school year with real spirit. Macy’s is promoting the contest during their TV spots, which feature lip synching kids showing off Macy’s prices and brands on notebooks, lunch trays, and more.

Why It Could Work: Young Millennials are young content creators, and prove again and again that they’re happy to turn the camera on themselves and their friends for a moment in the spotlight. Take a scroll through Vine and their ability to surprise viewers with creative video techniques, and fit a whole lot of innovation into even a short clip is clear. Macy’s could be creating a winning formula by giving these consumers a chance to show off their skills, and at the same time the top-place video is likely to have some serious viral potential that could keep the brand’s name on their minds even after the campaign is done. 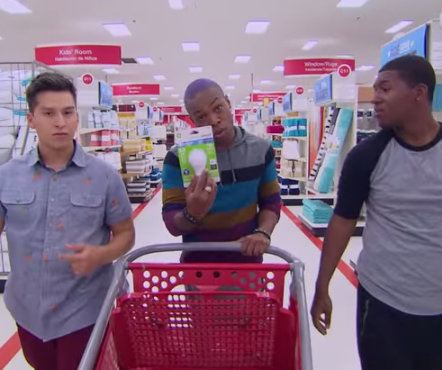 Target Best Year Ever & One for You, One for Me

Famous YouTuber Toddy Rockstar (aka Todrick Hall) created huge buzz in 2011 when he choreographed a flash dance in the Target aisle, earning over 11 million views online to date. Realizing the potential of internet-famous influencers, Target has tapped four YouTube stars, including Hall, to collaborate in a sponsored video series. Content ranges from gamer decorating tips with iHasCupquake’s Tiffany Garcia to reality shows with Mikey Bolts and DIY design with Ann Le. The videos each play to the individual stars’ personalities and showcase dorm products, apparel, and electronics with tips and tricks that can become a part of the college life conversation. Target is a destination for college décor, but is just as popular for school supplies, and the brand is using the buying power of its consumers to give back this year. For the first time, the retailer will employ a “One for You, One for Me” campaign that aims to donate up to $25 millions in school supplies to the Kids In Need Foundation. Millennials support brands that support their own desire for hybrid activism, and weaving cause marketing into everyday purchases that range from just $1 to $9 is another easy reason to choose Target for back-to-school or college essentials.

Why It Works: Like Old Navy, Target is tapping into the influence that online personalities have over today’s teens, and going a step further by making them the real stars of the campaign. These digital celebs have real followings that could watch Target’s content thanks to their devotion. Meanwhile, the “One for You, One for Me” effort taps into Millennials’ desire for hybrid activism (saving the world on the side) and smartly follows in the footstep of successful social good brands like Toms and Warby Parker, who the generation has already embraced.

North America
How Inflation is Impacting Back To School Shopping for Young Consumers
Back to school season is here, but inflation will definitely be impacting Gen Z and...
Western Europe
WE Back to School Shopping Report
Whether they’re getting their back-to-school ‘fits, supplies, or dorm aesthetics, Gen Z...
North America
Young People Are Seriously Done With Facebook on The Viral List
TL;DR Facebook is in hot water with already waning young users for supplyi...