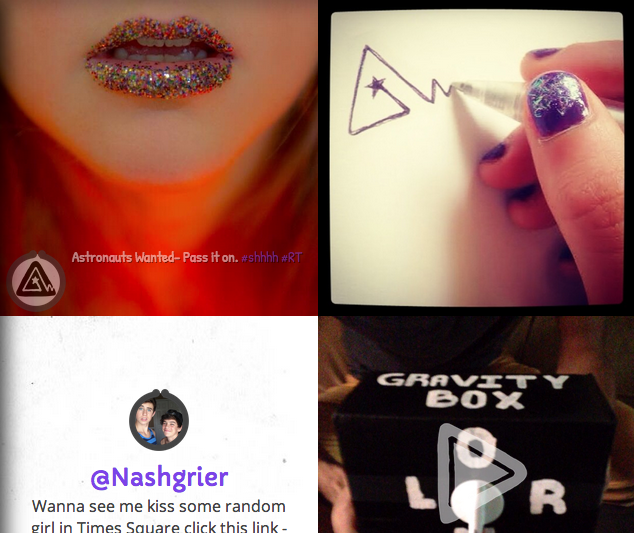 Today’s post is a contribution from Nick Shore, the Chief Creative Strategist at Astronauts Wanted. No Experience Necessary.

Over the last five years spent intensely studying both Millennials and the following generation, I’ve come to believe that young people expect something new and different from media: they’re looking for a kind of content reboot. It may sound obvious: Millennials are disrupting every space they enter, whether it’s the classroom or the workplace, so of course they expect something different from content. But the changes they’re demanding go beyond the obvious. Millennials don’t just want new characters and plotlines they can relate to, but also a fundamental rethinking of content itself. What are the content innovations Millennials are helping drive? Here are some tips to navigate their rapidly changing media landscape:

1. The door must swing both ways.
A generation raised to have a voice expects to be heard. During countless tests of TV pilots with teens and 20-somethings, I began to hear their chief demand: “let us in.” The most important principle of next gen content will be that it break through the Fourth Wall — at every stage of the creative process. Content for Millennials will become more open source. We’re already seeing evidence of this new direction including Amazon’s strategy to empower its users to vote on which new shows get made. Another example is YouTube’s “bidirectional” programming, where the audience asks and the creator answers. Then there’s The Awesomeness TV Network, an open invitation to the audience to co-create. Other hints about where we’re headed include the emergence of audience-remixable media.


2. Smarten up.
The generation that lives on phones that are smart doesn’t like content that isn’t. Millennial storytelling is connected and “alive.” It’s part of the larger digital and social ecosystem. Content for this generation should be hyper-responsive to social and offer plot wormholes they can dive into, complex narratives with multiple plotlines and one-to-one social media relationships with characters in real-time. For a state-of-the-art example of these mechanics at work, check out @summerbreak, dubbed the first reality TV without the TV.

3. Speed storying.
A generation that happily watches an hour of six-second Vines shows clear appetite for micro-narrative. (Check out the The Lizzie Bennet Diaries, a web series adaptation of Pride and Prejudice that’s created in bite-size episodes – in a teen bedroom.) Millennial content will continue to shorten, but speed is about more than just episode length. It’s also about the pace at which jokes and pratfalls happen. Comedy writers used to talk about jokes per page, but now it’s jokes per paragraph. Also, be on the lookout as content lifecycles shift, with more content built to “burn.” Think “disposable” narratives that combine the best of Snapchat and Buzzfeed.

4. Inch wide, mile deep.
One of the many media shifts triggered by YouTube is that no matter how niche your psychographic, there is content specifically for you. Thirty years ago, MTV was the only place to watch content by and for young people. Today, you can be an underwater death metal DJ and still find a channel that speaks your language. Content for the next generation especially will be ever more narrow-cast. Think of it as the Comicon-ing of every niche: narrow, deep, passionate.

5. Let’s play content.
Millennials know gaming. Hours and hours of it. In her book Reality is Broken: Why Games Make Us Better and How They Can Change the World Jane McGonigal argues that the average Millennial spends nearly as many hours playing games as attending all of high school. We are dealing with an entire generation of master gamers. Content with game-like structure—including built-in challenges and rewards that trigger the dopamine microrush (and combat micro-boredom)— taps into a deeply formed groove in the Millennial brain. If you’ve ever heard someone over the age of 40 complain that movies today are more like video games, it’s because they are. Millennial content will focus more on managing the intensity and frequency of these content delivery cycles. Look out for the broadening use of game-like devices to market content, e.g. E! Network’s social media scavenger hunts for its new program, #RichKids of Beverly Hills.

These younger generations are the first media consumers raised in a post-digital, post-YouTube, post-Twitter and, eventually, post-Snapchat world…And this will make all the difference.