10 Lessons From the Year in Millennial Entertainment 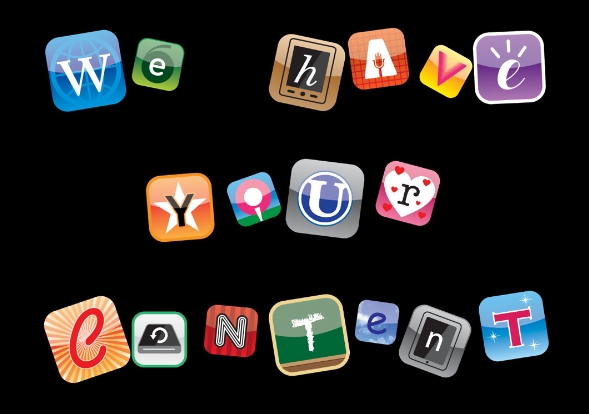 The entertainment industry is a massive empire, but Millennials changed longstanding expectations this year as screens and streams multiplied. Viewers are experiencing, and influencing, the fragmentation of the media industry at large, exemplified by the 10 lessons we’ve learned this year in Millennial entertainment:

1. You should embrace binge watching.
Today, it is pretty clear that binge viewing—technically defined as watching three or more episodes of a television show in one sitting—is here to stay. 88% of Netflix users and 70% of Hulu Plus users have participated in binge viewing, and subscribers to on-demand services that encourage the behavior are steadily increasing. The ability to watch shows whenever and wherever they might want to has altered both the TV landscape and viewer expectations of entertainment, and most obviously has forever changed the idea that all viewers will experience entertainment on a similar timeline. Uncertainties about the effects of binging are still plentiful; fears that binging is killing water-cooler talk, ending the cliff-hanger and even “killing the golden age of TV” are alive and well. But the truth is that binge viewing isn’t necessarily killing anything as much as it is shifting the way that viewers think about and talk about TV. What binging on entertainment is most certainly doing is changing consumer expectations of shows and the cultural touchpoints that they provide—and the sooner that the industry is able to understand those shifts and expectations, the sooner they will be able to play to them and endear their audiences further.

2. Supernatural is not over—but viewer expectations are high.
The 2013 box office struggles of YA franchises has some worrying that the trend of supernatural stories might be coming to an end. Beautiful Creatures, The Host, Percy Jackson: Sea of Monsters, and The Mortal Instruments all underperformed and created a hypothesis that YA or supernatural fatigue could be at fault. YA and supernatural stories are not over, but there are some good reasons that recent releases haven’t been meeting expectations. For one, Harry Potter, Hunger Games and Twilight developed rabid fandoms that went far beyond their targeted YA audience when they were just book series. But a deeper reason for their comparative success might be that each reflected something that Millennials as a whole, not just teens and tweens, were feeling at the time they were published. YA and supernatural stories can continue to find success with movie audiences, but they must be captivating stories, and to capture the generation as a whole they need to be unique.

3. Millennial stars can come from anywhere.
Vine debuted in late January of this year and has since become a Millennial lifeline for video content, usurping other social media platforms with just six second clips and a user base that was primed for social media fame. You would think that virtually nothing can be done in six seconds, but those that have found legitimate fame on the platform manage to tell stories that engage viewers and make them laugh over and over again thanks to the looped play built into the app. The power of Vine is huge and has won over Millennial viewers who crave bite-sized content that can make them laugh. An overwhelming majority of the top Viners are Millennials who love to perform, and have taken advantage of the app in the several short months since it’s release to entertain the masses and create a name for themselves.

4. Social media is changing TV.
Ypulse’s most recent research (fielded in November 2013) found that 47% of Millennials 14-29 use Twitter, with 22% of those reporting that they actively post and comment on the network. With Twitter rivaling Facebook in popularity with Millennials it has become a cultural force, changing the way that they get their news, tell stories, and even mourn loss. But Twitter is also beginning to alter a place many never expected it to: the television landscape. Millennial’s definition of entertainment is a fluid one, and in the fractured entertainment world technologies are merging and affecting each other in surprising ways. Twitter, a platform not even a decade old, is changing the way we talk about, interact with, and watch TV. Discussing the latest plot twists of your communal favorite shows isn’t necessarily a workplace pastime in this new environment, but thanks to Twitter (and other social media) the water cooler lives on, online. These tweets aren’t just pulling eyes away from the TV screen, they’re actually helping to boost TV ratings. Among 18-to-34-year-olds (older Millennials) a 4.2% increase in Twitter use during the time a show airs corresponds to a 1% increase in ratings for a mid-season episode.

5. Spoiler protection is a thing now.
Spoiler Alert! The phrase has become a common occurrence on countless sites and publications catering to Millennials. With the rise of time-shifted viewing and binge-watching behavior, the risk of finding out vital plot information about not only the popular show or film of the moment, but also the show/film they happen to be watching at that moment, is higher than ever. Millennials are living in fear of the spoiler. This environment of constant spoiler risk has created a new expectation of etiquette online. Posts, articles, and videos that might contain a hint of plot points that delayed viewers haven’t seen are expected to be marked clearly with a “Spoiler Alert” warning. But not surprisingly, more Millennials are finding hacks and tools to minimize the risk, and turning the internet into a spoiler-free zone to accommodate the way they want to watch.

6. For younger Millennials and Plurals, the small screen is dominating.
As content sources diversify thanks to streaming services’ success with original content, and young viewers continue to turn to new devices to get their entertainment fix, the television world is swiftly changing—creating a new generation of viewers who have a completely different set of entertainment expectations. The next generation of television viewers will have even less of a commitment to the actual television set than Millennials do. If the trend of releasing shows onto second screens continues, their sense of when and how a show should be watched will not be constrained by any of the traditional rules, and they will expect to access the content they want not only whenever they want, but also in whatever amounts they might want it. This could mean that television plays a different role for them: For Plurals content might be a more customizable and more private experience. Alternately, their ways of sharing and bonding over television could continue in different forms: creating fandom pages and connecting with other super-fans online, tweeting teasers, making and sharing character gifs, and racing to watch a series to catch-up and rehash with friends.

7. Music has gone hybrid.
Young music listeners crave what is new and inventive, embracing music stars with real talent and a different sound than they’ve heard replayed on the radio over and over again. Hybrid music—the combination of different genres to create a new mix of sound and style—uses the Millennial sentiment of cultural splicing to make music that they want to hear. The hybrid approach of pairing new music with a vintage story and style compelled Millennials to listen and gave them something to remember. There are countless throwback versions of current hit songs on YouTube, creating music that again is a hybrid of yesterday and today. Original songs sometimes don’t hold as much panache as the reimagined versions, and this hybrid style of new music groups mixing and matching genres, and sometimes decades, is what appeals to their millions of viewers.

8. Heroines are ruling, and they want more.
The desire by young viewers to see strong female characters in their storylines has led to the rise of the superheroine. The Hunger Games’ Katniss is a force of nature, as respected as the young actress who plays her. From Hermione Granger to Tris in Divergent, female heroines are skyrocketing to fame thanks to young readers and viewers—a phenomenon that cannot be ignored. We see scores of films and print publications distributed that put male writers and superheroes in the thick of the action, but fail to explain where the female heroes are. But the greatest gender disparity in the comics industry lies in its movie franchises, where the big money also lies. To Millennial women, who are happy to declare themselves fangirls, the absence is noticeable and often infuriating. Millennials are demanding that female superheroes be put in the spotlight, and taking it upon themselves to make it happen.

9. There’s no such thing as “selling out” anymore.
For Boomers and Gen Xers, the idea of “selling out” was an artistic sin. Flash forward a few decades and to say things have changed is an understatement of extreme proportions. Millennial artists and fans not only see commercial music use as a norm; they embrace it. Musicians have moved from merely performing and licensing their songs for big brands, to using their images to create products and brands themselves. Though the original concept of “selling out” was probably licensing music for commercial use, now that some new artists get their big break through commercials (see Feist as another example) commercial licensing is only the tip of the iceberg for musicians looking to cash in. Creating products and brands that piggyback off of their images and reputations has become widely accepted. Tyler the Creator has tweeted on several occasions in the past that he “can’t wait to sell out.” The attitude du jour is that getting your music out, making money for it, and exposing yourself to a broader audience is all part of the process.

10. They’re plugging in for online series, and you should be too.
The face of media is changing because everyone today can be a video star. As MTV star and filmmaker Andrew Jenks declared at our Mashup conference earlier this year, “You can research, produce, edit & broadcast for literally nothing nowadays. That’s unheard of.” The world of online-only series is a fascinating mix of low to high production value, known names and complete unknowns, continuous storylines and one-off rants. Some feature big stars playing with the online format. But just as many, if not more, star the young and internet-famous; people who have never been on TV or in a movie, but are making their livings through their YouTube channels and vlogs. Many balance a constant and savvy combination of YouTube, Twitter, Tumblr, and other networks to foster and grow their fame, and help to tell their stories on multiple levels.