Popping Up for the Holidays: E-tailers Are Making the Leap Offline for Seasonal Shoppers 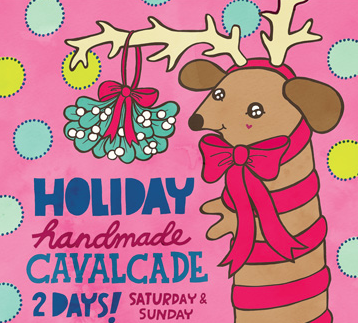 It’s a short holiday season this year, with fewer days between Thanksgiving and Christmas than usual. With the cramped shopping season, a trip to the store is feeling pretty harried and rushed for Millennials, who are also often more comfortable buying gifts from behind a screen than then getting stampeded in a store. Cyber Monday was a huge success, following a lackluster Black Friday—perhaps further solidifying the power of the online shopper. But still, shopping offline is a part of Millennials’ holiday behavior—and they still plan to get out there with their shopping bags in hand. When we asked 14-29-year-olds where they planned to do the majority of their holiday shopping, 59% told us they would be shopping mostly in-store. As a generation that truly lives with one foot in the digital world and one foot out, it’s not too surprising that they plan to buy gifts that way as well, despite cries by some that they are spending all their time clicking on shopping carts instead of pushing them. Perhaps to match up with Millennials’ online/offline mentalities, several online-only stores are bridging the gap into the offline shopper’s world, and bringing their wares to city sidewalks (busy sidewalks, dressed in holiday style) for the season. Here are a handful of the usually online-only brands that are (somewhat surprisingly) setting up temporary shop IRL (in real life): 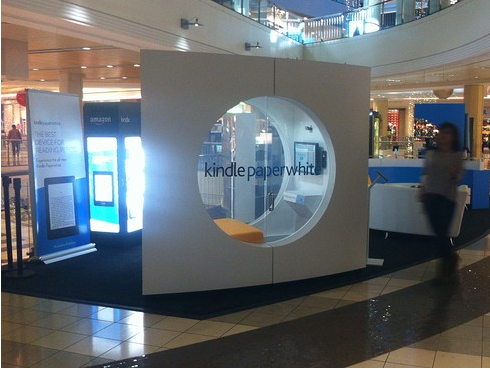 Though Amazon is a major player in the online shopping world during the holidays—a full 91% of 14-29-year-old Millennials who planned to shop online said they would be buying gifts on Amazon— it seems dominating the shopping lists on the internet wasn’t enough this year. The massive e-tailer set up a series of pop-up shops in malls throughout San Francisco to sell their Kindle Paperwhite readers. Interestingly, the pop-ups—mostly only in operation for two weeks post-Thanksgiving—come at a time when several big-box retailers like Target and Walmart have stopped carrying the brand’s readers out of fear they were becoming showrooms for the online company. Rumors of permanent Amazon stores abound, with some saying they will be open by 2015, so these pop-ups could be a hint at what is to come. 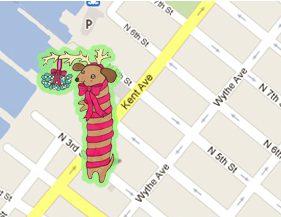 Etsy is a Millennial favorite, and 21% of Millennials who planned to shop online said they would be shopping with Etsy. To get to more of their craft-loving consumers, Etsy NY is setting up a two-day pop-up called the Handmade Cavalcade in (where else?) Williamsburg, Brooklyn on December 14th and 15th. The DIY extravaganza is actually a bi-annual craft fair set up by local metro-area Etsy sellers, who wisely take their online marketplace into a real world environment during the holidays and team up with local food vendors to put on an event that would appeal to the average Etsy shopper and beyond. Meanwhile, Etsy is setting up more holiday pop-ups in other cities, including a pavilion at the One of a Kind Show in Chicago, and “Meet and Makes” in LA and San Jose. 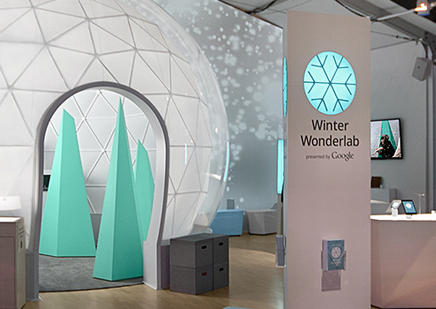 Google may not technically be a retailer, but they certainly have their hands in the tech product world. Their Winter Wonderlabs are set up in New York, Washington DC, Chicago, Los Angeles, New Jersey, and Sacremento this December to bring a holiday techie experience to shoppers. The pop ups will include “Snow Globe Zones,” video spaces that create slo-mo videos of visitors in a giant snow globe, “Play Zones,” that let anyone experience the latest tech from Nexus 7 to Chromecast in person, and of course shopping sections to bring all Google’s products to consumer’s shopping bags in person. The Wonderlabs combine an element of fun with some smart marketing, and make Google’s foray into being an actual retailer look promising. As many Millennials want to try products in person before buying them online (the dreaded “showrooming”) Google is allowing them to test run all their latest goods, and whether they scoop them up online or at the pop ups themselves Google still comes out on top.