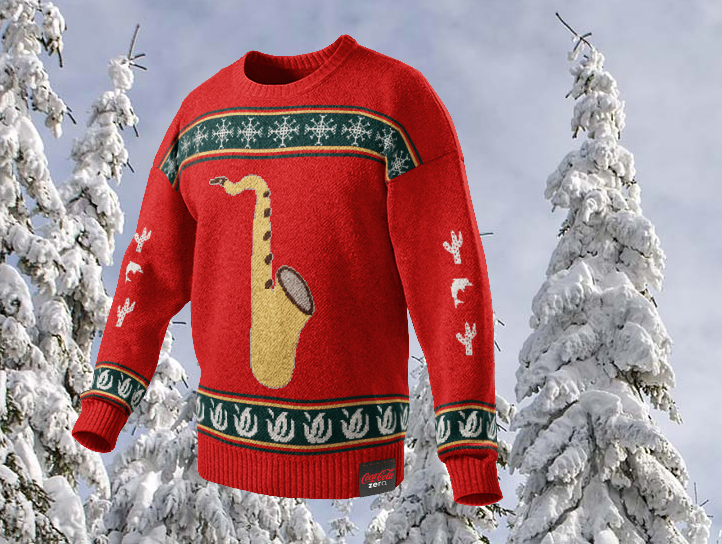 We are four days away from Black Friday and the beginning of the holiday shopping season. Even though turkeys haven’t yet been carved, most brands have already begun their holiday advertisements in full force. 34% of Millennials ages 14-29 plan to start their shopping on Friday, so the merry marketing makes sense. But in a world flooded with commercials, it takes a lot to stick in consumers’ minds during the busiest time of year. For distracted Millennial viewers especially, most holiday marketing flows in one ear and out the other, and a simple commercial probably won’t stick in their minds. But smart brands are thinking outside the green and red wrapped box, putting out campaigns that invite interaction, demand attention, and make holiday marketing something to look forward to. Here are three of the early standouts for the merriest marketing of 2013: 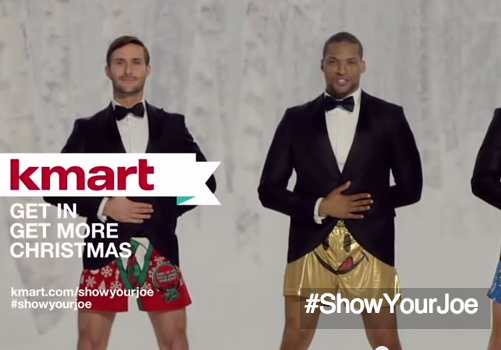 We said that an ordinary commercial wouldn’t be enough to make Millennials remember a brand’s holiday efforts…but this commercial isn’t so ordinary. Kmart’s Show Your Joe campaign centers around the retailer’s Joe Boxer offerings, and it rings in the season in a way that has actually managed to spark scandal. In it, a row of guys wearing tuxedo tops and boxer bottoms play “Jingle Bells” by swinging their hips and making music with bells we’re left to assume are attached you know where. The video has currently reached over 13 million views on YouTube with comments ranging from high praise to majorly scandalized. But thanks to its viral status, the spot is being discussed everywhere in the media, increasing Kmart’s holiday exposure exponentially. As Adweek put it, “sometimes it’s just better to be on the naughty list,” or as one male Millennial told us, “People haven’t cared about Kmart this much in…forever.” 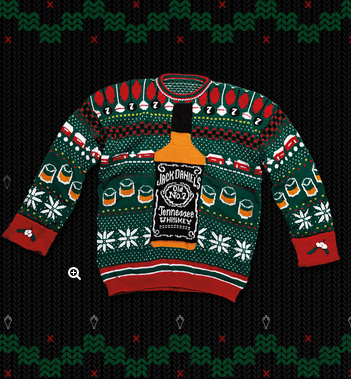 If that sweater there on the left looks like it would fit into your holiday wardrobe perfectly, you’re in luck: you could win it and wear it! Jack Daniel’s is asking people to share their horrible holiday presents for the chance to win the ultimate horrible gift of a limited-edition hand made ugly sweater festooned with a bottle of Jack. Participants can share images of awful gifts to Twitter with the hashtag #ItsTheThoughtThatCounts and upload them to the It’s the Thought that Counts site, “a celebration of not-so-great gifts.” After December 16th, visitors to the site will be able to vote to decide who got the worst of the terrible presents, and 20 lucky individuals will be awarded a sweater. Perhaps the best part of browsing the gallery of unwanted items is reading some of the explanations offered by giftees. One poor soul who shared a shot of a Tazmanian Devil sweatshirt explains, “My mother truly thinks that this is beautiful. I guess she wants me to remain single forever.” The campaign encourages participation, and invites prolonged engagement with consumers thanks to the gallery. After all, nothing says the holidays like some good old communal grievance airing. 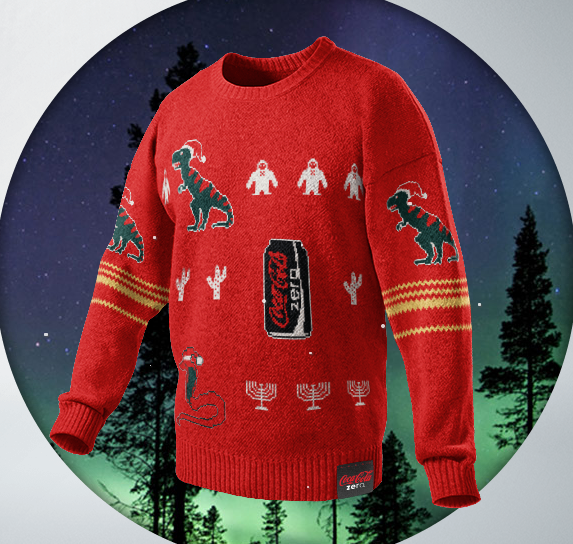 Yes, yes, that’s another ugly sweater you see. But Coke Zero’s Ugly Sweater Generator takes a different approach to the hideous holiday attire tradition. Visitors to the Sweater Generator site can create their own ugly sweater masterpieces, choosing from an array of colors, styles, and graphics—including of course, a Coke Zero can. The ugly possibilities are endless, and can be added to the sweater gallery and shared with friends via Facebook and Twitter. The worst, or best, ugly sweaters are being voted on and Coke Zero will be making the top 100. Like Office Max’s classic Elf Yourself campaign, the Ugly Sweater Generator is all about sharing with friends, making the marketing spread naturally and consumers actually want to pay attention to what is in the end still a holiday ad.