Your Egg Carton is Trying to Tell You Something: The Future of Things 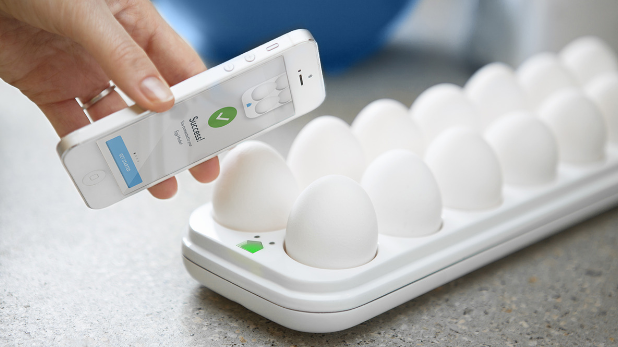 This week, we told you about the tech malaise that Millennials are experiencing. Though they want the latest and greatest new devices, even those on their wishlists aren’t managing to impress them the way that technology used to. So what will be the tech that manages to break the spell and wake up their interest the way that their first smartphone was able to? For years tech insiders have been talking about the Internet of Things: a world where everyday objects can communicate with us, and each other, through the internet, creating a connected space where our belongings will be smarter, more efficient, and make our lives easier. Imagine your alarm clock telling your coffee pot to turn on, or your car texting you when it needs an oil change. Now, after years of being a concept that most had never heard of, and couldn’t imagine coming true if they did, the Internet of Things is becoming a reality. Previously static and inert household items are becoming fixed with sensors and turned into intelligent things that can let their owners know when they are empty, low, need attention, or adjust automatically according to commands and their ambient environment. Business Insider predicts that 9 billion devices will be connected by 2018. If the Internet of Things (or IoT) pans out, it could not only be the next movement to shake up Millennial’s malaise and capture their attention (and wallets) it could also change the way that the next generation—Plurals—views the world around them.

So how close are we to an IoT world? Here are three current projects that are making smart devices a part of our lives right now, and are at the forefront of growing the IoT from a niche concept to a mainstream reality: 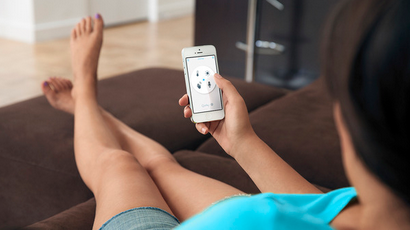 1. Quirky & GE’s Smart Devices
Some major brands are starting to prepare for the Internet of Things—but GE is perhaps leading the pack thanks to their fruitful partnership with crowdsourced design platform Quirky. GE has provided $30 million in funding to Quirky to develop IoT products, and the results are already available for purchase. A line of four connected products from the pair ranges from fun to practical. The Egg Minder, a smart egg carton, keeps track of the number of eggs you have and whether they are going bad so you can check your phone in store to make sure you have enough to scramble at home. Pivot Power Genius is a next level power strip that you can control from your smartphone, allowing you to turn objects on and off from wherever you are. Spotter, pictured here, is a monitor to keep you updated on everything going on in your home. The device measures sound, light, motion, temperature and humidity to act as an “extension of your senses,” and encourages creative uses like baby monitoring and wine cellar check-ups. According to Fast Company, the partnership between the two brands will produce a dozen more smart devices in the next year, and they plan to release 30 “connected-home” products in the next five. All of these items will have a single platform they communicate with the owner through: Wink; the app that “makes sure all connected things work with other connected things.” Currently, Quirky and GE are accepting idea submissions, and looking for more products to make smarter. 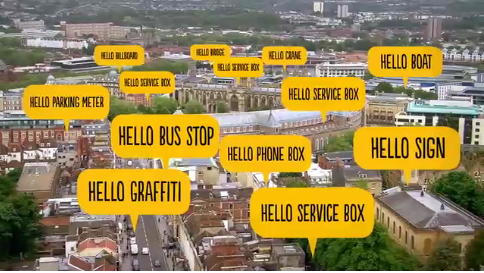 2.  Hello Lamp Post!
This summer, the lampposts, streetlights, mailboxes, and parking meters in the city of Bristol came to life. Thanks to the project Hello Lamp Post, winner of the 2013 Playable City Award, passersbys were able to converse with inanimate street objects via text, by sending a message to the object’s name and the code fixed to it. Those inanimate objects could then respond via text, conversing and even passing on messages from the last person who interacted with them. The project—called an “interactive game”— aimed to bring IoT technology to something fun and playful, making the world around people a place to discover. The inventors aimed to inspire smiles in the people of their city. Over the course of the two month project, thousands of people partook in conversations with the city around them. Hello Lamp Post was such a success that it will be trialed in Brazil in 2014, and the developers are shortlisted to bring the technology to SXSW—birthplace of popular tech—next year. 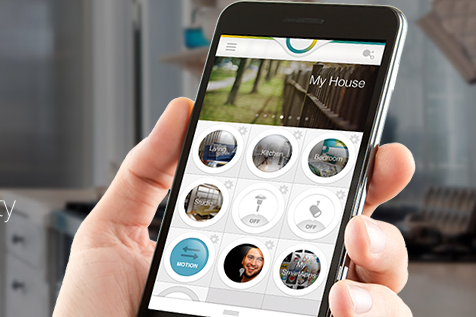 SmartThings isn’t about connecting one object to the internet, it’s about connecting your entire home. Lights, locks, appliances, temperature, and more are all under SmartThings power. For a $299 starter kit, a SmartThings user is given a host of tools to make their home a smarter place. Thanks to smart outlet converters, electric items can be turned on and off from anywhere, through the Smartthings app—and even set on a timer to automatically come to life or go to sleep. Smart key fob sensors alert the owner when children return home from school, their keys are left at home, or the beloved family pet leaves the house. Finally, moisture sensors sent notifications if doors or windows are left open or movement is detected when it shouldn’t be. SmartThings, which got its start on Kickstarter, recently raised $12.5 million to continue to power their IoT advancements.