Confessions of a Millennial Guy: Why Football is Losing Fans Like Me 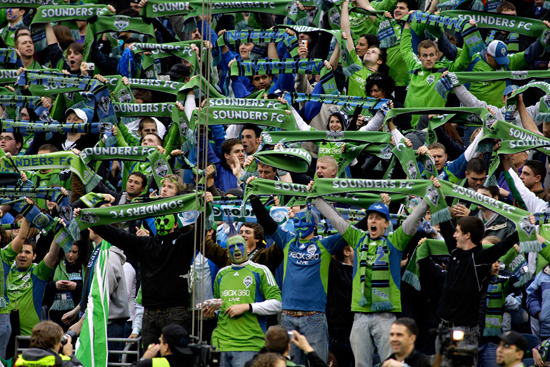 Today, we’re continuing our Confessions of a Millennial Guy series with a post from an anonymous Millennial male giving us a glimpse at the changing attitudes towards professional sports, and why some Millennials are losing faith in the NFL and starting to migrate towards soccer as their preferred sports entertainment.


A curious feeling arises when a friend texts me mid-football Sunday and makes some remark about “the game”—almost a feeling of bored embarrassment. I don’t have the heart to tell my friend, I really don’t care about the NFL anymore. Like falling out of love, it is hard, but it is happening to many of my friends, for a myriad of reasons.

The predictions of the National Football League’s demise due to the growing and deepening issues surrounding the risk of concussion related injuries have been well-documented. In-depth reports have highlighted the NFL’s complicit role in allowing these risks to be ignored or even covered up, as well as showing the personal impacts of CTE related deaths and mental illness. In the wake of all this, for myself and many like me the NFL has started to resemble the political system that so many of us distrust: continually insisting they have the interests of the people in mind while clearly manipulating our passion for their own financial benefit. For the last few years, the NFL has been evolving and instituting rule changes that are manipulative and only have the bottom line in mind, trying to make us believe they have the players’ and fans’ greater interest at heart when they are in fact only restructuring the game to make more money. Rule changes like the kickoff rule change—changing the kickoffs so there are fewer violent hits—use our desire to protect players from damaging concussions and destroyed knees as a reason to make commercial airtime more profitable to them. They have still maintained what was already the insufferable commercial break after a kickoff play that only lasts 5 seconds. Similarly, all instant replay rules have only increased commercial airtime.

But the NFL’s profitability and injury issues are not the only factor at play. There is another sport whose success in the U.S. could also have a role in the shifting interest of the Millennial “football” fan. Professional club and international team soccer has long been the most universally popular sport in the world; that passion and interest is now beginning to take hold here in the U.S., particularly with Millennials.

One major obstacle to European soccer’s popularity and broadcasting in the past has been the time zone difference. However, Millennials have fully embraced time-shifted viewing and thanks to their DVRs are prepared to enjoy a soccer match no matter how early it airs. Spoilers are generally not an obstacle— if a Millennial viewer can avoid finding out how Breaking Bad ends while they catch up on Netflix, they can avoid finding out if Arsenal beat the Hottspurs from 7 a.m. until 12 p.m. Professional soccer also seems to line up better than other sports with how Millennials consume their entertainment. A professional soccer match runs for two 45-minute halves with a 15-minute break in the middle but most importantly; there are no in-game commercial breaks. Time-shifting Millennial viewers in the U.S. who already enjoy their favorite shows recorded or streaming with minimal interruption will continue to find the uninterrupted play of professional soccer refreshing. The 2010 World Cup (which took place in South Africa) set numerous viewing records despite the drastic time zone difference to North America. The 2014 World Cup, set to take place in Brazil, will not have this issue. And while professional soccer has never been and never may be among the most popular professional sports in North America, as young Millennial Latinos continue to be one of the fastest growing demographic cohorts, they will bring their own passion for the sport into the states. Any brand would be foolish to ignore the Latino Millennial influence.

Meanwhile, other professional leagues are beating out the NFL and MLB with star power and player appeal. The NFL and MLB have been pestered with steroid scandals, concussion fears and work stoppages, while the NBA is enjoying success it has not seen since the Jordan Years. Under the images of Millennial faces such as LeBron James, Kevin Durant and Derrick Rose, they’re enjoying an intimate cultural relevancy on and off the court that the MLB and NFL can only gain through commercials and overwrote tropes about patriotic identity. Major brands are already banking on the international appeal of these iconic players: in 2012, Turkish Airlines aggressively ran an ad campaign featuring Kobe Bryant and Lionel Messi (one of the most admired soccer stars in the world). The geographic and culturally diverse appeal of basketball and soccer stars cannot be matched by football players wearing helmets who are on 53-plus man rosters, or baseball players who only get to bat three times a game.

The MLS will soon add another franchise in the New York Metropolitan Area, and the NYC Football Club is slated to be one of the next expansion teams and will capture the same New York fervor that the Brooklyn Nets are enjoying at the downtown Barclays Center and the Knicks have always enjoyed at MSG. Meanwhile, English soccer cross-over star David Beckham is set to start an MLS expansion team in Miami. And in the other corner of North America, the Seattle Sounders have more fans than the Seattle Mariners. The NFL and MLB may not be going anywhere, but they aren’t going where these sports are—especially where Millennial fans are concerned.

* The thoughts and opinions expressed here are those of the individual contributor and do not necessarily reflect the views of Ypulse.