Wearable Tech: It Better Be “Gorgeous Or Invisible” 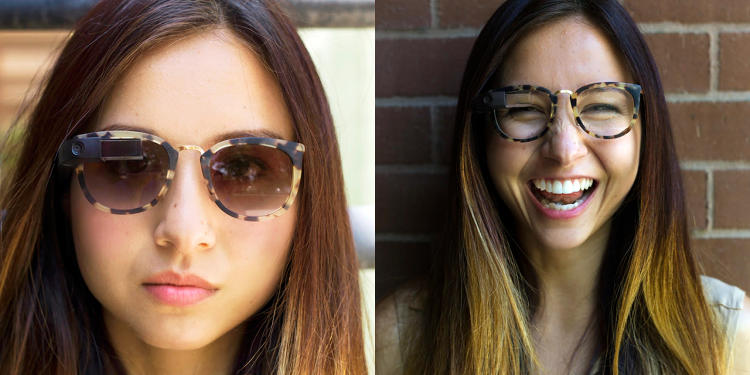 We are undoubtedly in the age of the future, demonstrated by Samsung’s recent ads for the Galaxy Gear smart watch that show us how futuristic watches of The Jetsons and Star Trek are now becoming a reality. The wearable tech industry encompasses so much more than watches, and its revenue is estimated to reach $19 billion in just five years time. While the leaps and bounds of technology must be applauded, there has been steady skepticism against the invasion of tech into every space of modern life, and more over, hesitation to adopt wearable tech that is so… ugly. We took to Thumb last week to find out if smart watches would be the next big tech among Millennials, and found that only 31% of users ages 13-24 were interested in the iWatch (still a prototype) and 26% gave a thumbs up to the Galaxy Gear. Though these devices aim to provide a fully integrated user experience by syncing with smart phones and providing constant biometrics, the seamless nature of some wearable devices stops at the technology and fails to translate into the physical design.

The fashion industry is keeping close watch on wearable tech developments since they provide a key part of device adoption—the cool factor. For instance, Google Glass has been met with considerable negative feedback, comparing its nerdy (not in a geek-chic way) design to Bluetooth, and unfortunately “there’s a reason we all make fun of someone wearing a Bluetooth.” In an attempt to make-over the product moving forward, we saw its emergence at this year’s NYFW, rumors of a collaboration with Millennial favorite Warby Parker, and Google designer Isabelle Olsson taking matters into her own hands to design a more stylish pair for a colleague. Olsson’s tortoise shell frames are akin to what we see worn by today’s youth and twenty-somethings, a far departure from the fashion challenged wearing the tech featured on Tumblr White Men Wearing Google Glass.

Concentration on the technological aspects of wearable devices may be an oversight for companies, failing to realize that the overt nature of smart watches and Google Glass basically makes them bold, tech-enabled accessories. While Google has yet to incorporate style suggestions from their own team in order to attract a more diverse market, the Galaxy Gear is making a concerted effort to target Millennials upon realizing that the smart watch is “wearable fashion, it’s an expression of style, it is individual choice.” Incorporating multiple colors for its next release was a must, and the company believes new offerings in “Rose Gold, Jet Black, Wild Orange, Oatmeal Beige and Mocha Gray” will be “modern and trendy without trying too hard.” (Though the same marketing manager touting these new features claimed she wouldn’t wear it due to its masculine design.) 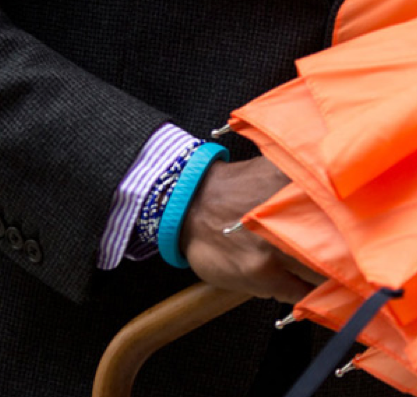 Essentially, wearable tech either needs to be “gorgeous or invisible.” Biometric trackers like the Shine from Misfi t Wearables are being designed to appeal specifically to fashion-forward, fitness-minded women, allowing the device to be clasped onto clothing or worn as a necklace. The company Jawbone incorporates aesthetic into their designs with UP, a wristband that looks like a plastic, colored bracelet but actually measures sleep patterns, steps taken, calories burned, and the like. We mentioned in Essentials that the device’s creators understood at the on-set that “it’s not cool to wear the same watch as everyone else,” nodding to the future of wearable tech as a mix-and-match combination of accessories and clothing. The world of tech-enabled accessories could span far and wide, becoming a part of everyday life for Millennials in a way that speaks to their individual style, and though technology innovation may be the focus for these companies, fashion will overrule function for the image and selfie-obsessed generation. 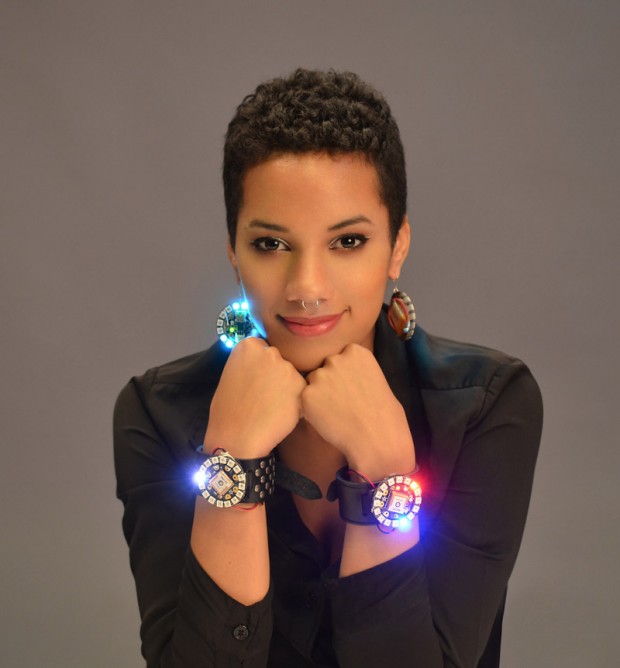 We know that customization is a key component of the Millennial mindset, so it’s no surprise that young entrepreneurs are getting it right the first time with tech that is personalized for the wearer. Adafruit Industries is breaking ground by putting Millennials at the forefront of creation, allowing them to contribute to their wearable garments and accessories with open-source code to personalize the tech functions. In a mission to get young people interested in technology, they are tapping into the next generation of coders with the belief that “the most impressive technical gear you can wear is the kind you custom-designed and built for yourself.” Products from Adafruit Industries include LED hoop earrings and punk collars, light-up watches with GPS systems, glowing headphones, and motion-activated sparkling skirts, each accompanied by how-to videos and a list of the simple tools needed. These products are a perfect example of the fusion between fashion, DIY culture, wearable tech and even EDM and rave wear, empowering makers to become a part of what they’re wearing in a different, more hands-on capacity.

A prototypical day in the life of someone completely engaged with wearable tech has them waking up with vibrating arm alarms, checking physical and nutritional health statistics with the swipe of a finger, choosing what to wear based on mood and a variety of temperature elements, and visually archiving every aspect of their day’s events. The actual adoption of such technologies by Millennials and Plurals may depend less on the technological functions and more on the ability of wearable tech to seamlessly integrate into the look and feel of their current every day lives and letting them wholly customize the experience.