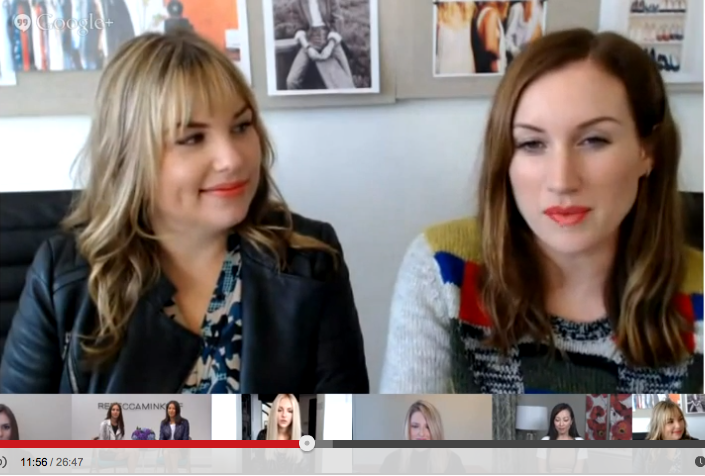 In the relatively short time that video chat has been in existence, it has altered the way that young consumers connect. Microsoft’s Skype has allowed parents to tuck their kids into bed and helped the most talented young chefs in the country during their first challenge on MasterChef Junior. Apple’s FaceTime has brought family members together to attend a funeral from afar, and Google+ Hangouts have influenced new tech startups to change the face of customer service. The technology for video chatting has progressed leaps and bounds in the past few years, and new entrants to the market, like Spin, aim to provide “the best-combined audio, video, voice, image and touch quality that exists today.” Platforms like Spin and Google+ Hangouts On Air allow for up to ten people to tune into a conversation at once, increasing the possibilities for people to interact in real time literally by tenfold. These video hangouts—when an entire group of people are linked into an app and can chat via video, message, share links and photos, and just hang out together in the virtual world—have brought video interaction to a new level. Hangouts may not be fully mainstream, but have the capability to grow in many different directions—which is why we’re letting you know the three most innovative hangout series right now, and why you should be watching. 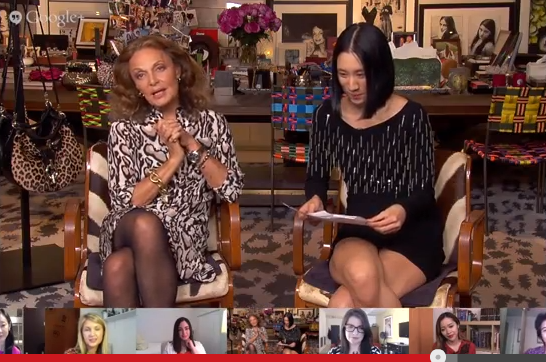 What: #ShopTheHangout
Where: Fashion Designer Showrooms
Fashion designer Diane von Furstenberg is pioneering the next steps in literal “ready to wear” fashion with “Shop The Hangout,” a new series on Google+ that allows viewers to purchase clothing on-site while hearing stories and demonstrations from designers themselves. The first hangout aired October 3rd and marked the first-ever shoppable Google+ Hangout On Air. Viewers were prompted to engage with the hangout dashboard and scroll through the outfit items as they appeared in the showcase. Along with a display of her latest pieces, DVF gave valuable life, style, and career advice to five everyday women who were tuned into the hangout. The “Shop The Hangout” series is only just beginning, with a host of fashion influencers scheduled to appear in their own segments, including designers of the label Rag & Bone, and accessories guru Rebecca Minkoff, whose hangout aired today at noon, giving viewers exclusive access to her holiday collection and sales on coveted items.

Why It Matters: This experience brings viewers closer to the merchandise and the brand itself. Young women without the budget for luxury clothing gain access to exclusive sales and offers, creating an excitement similar to flash sales, but with the personal relation of in-store shopping. The live chat makes viewers feel as if they’re having a date with “Diane” or “Rebecca,” long-time friends who are speaking freely about fashion and relating to real women across the globe, in real time. 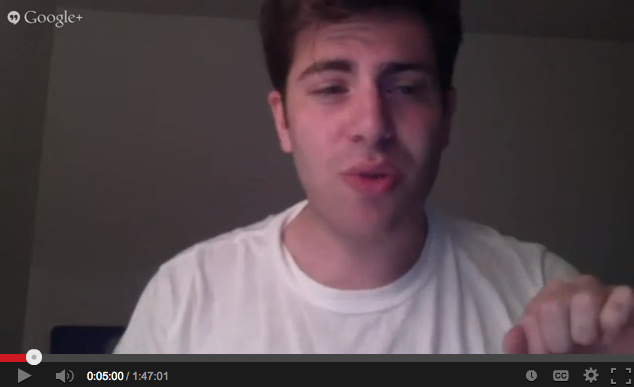 What: #HoodieHang
Where: Hoodie Allen’s Hotel Room
Steven Markowitz, a nice Jewish boy from Long Island, once worked at Google. Now known as Hoodie Allen, a rapper with a dedicated fandom after three albums and a slew of mixtapes, he’s re-connecting with the platform through #HoodieHang, a series of Google+ Hangouts that put the rapper on-screen and on display for his followers. His fans have truly propelled him to fame (see: his single “No Interruption”) and first started interacting with the star during “Hoodie Allen Mondays,” which have since grown into the current Hoodie Hangs. In his most recent “Americoustic Hang,” Allen vowed to call every fan that sent a phone number and a screen shot of themselves with his recently released EP Americoustic to the hangout comments, making many fans’ dreams come true.

Why It Matters: This platform lets fans get to know Allen intimately and unfiltered. During hangouts he curses, jokes around, hums random tunes, and his producer RJF makes appearances and talks about their start together as students, giving dedicated fans transparency into his life without the pretense of an interview. Viewers get a better read on him as a person through his hangouts than his music or media coverage could ever translate. 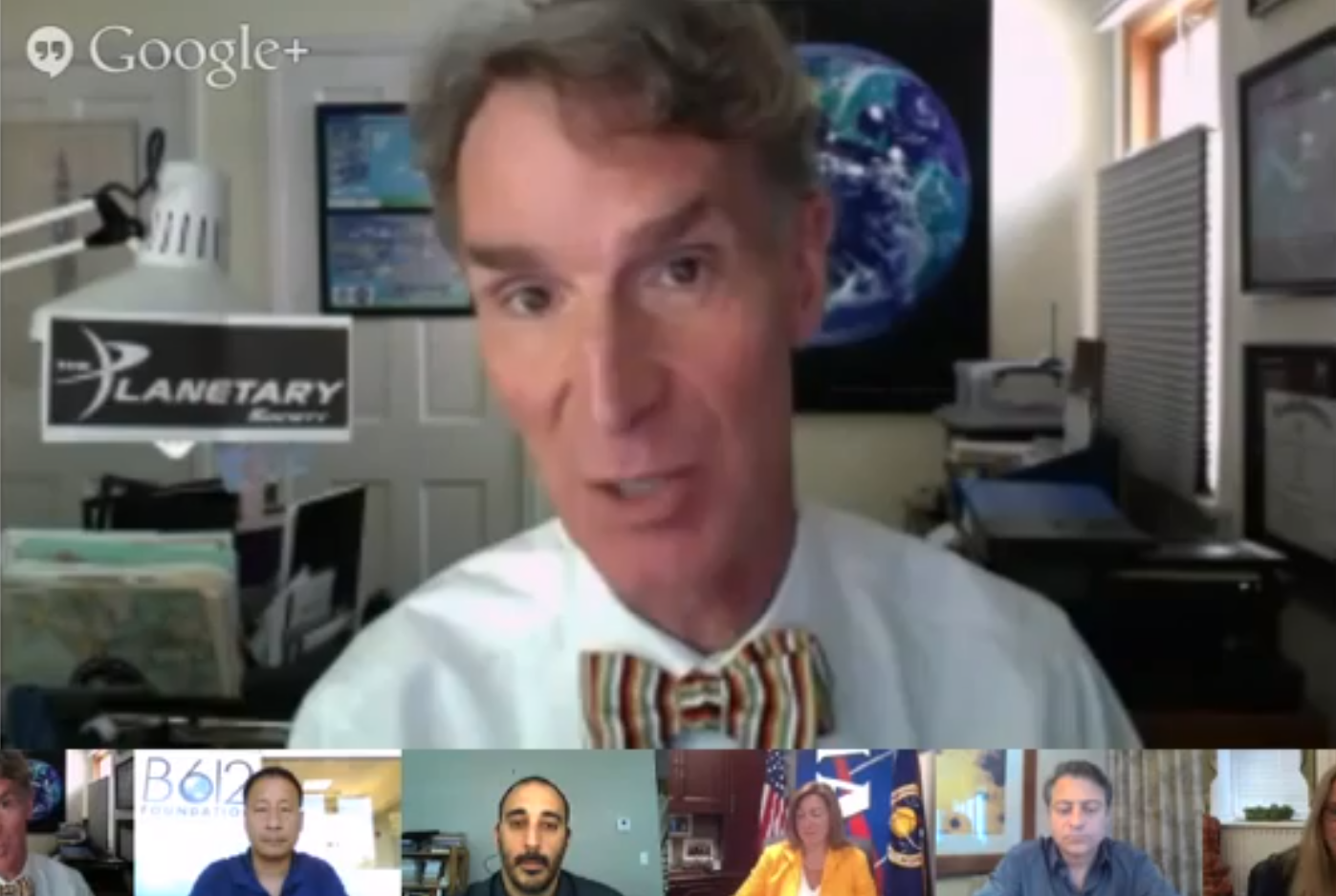 What: #WeTheGeeks
Where: The White House
Even the President is into hangouts, choosing to use the Google+ platform back in February of this year for a “Fireside Hangout” that let citizens interact directly with the President for Q&A. Since then, the White House has been creating series around the hangout concept, targeting young viewers with super-niche interests during “The Maker Movement” to encourage young makers and DIY enthusiasts. The series from the White House that has taken off has been “We The Geeks,” centering around science and technology and featuring top advisors who sound off on what is in store for the future. Sessions have spanned from social and global good to asteroid coverage by Bill Nye and representatives from NASA. Our favorite so far has been “The Stuff Superheros Are Made Of” discussing new high tech innovations like invisibility cloaks and liquid armor, airing during San Diego’s Comic-Con this year.

Why It Matters: Millennials are notoriously skeptical of politics and the government (especially right now) so a relaxed and personal environment like hangouts seems like one of the only authentic ways to reach the generation. By targeting them on their devices with engaging content that names ’90s kid favorite Bill Nye as a top advisor and makes invisibility cloaks a hot topic, the White House might actually be doing something cool in the minds of Millennials.