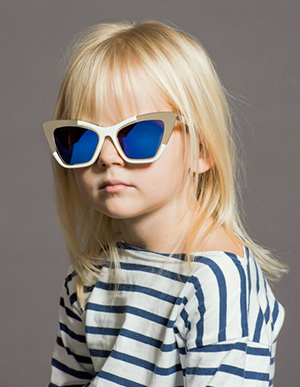 Alonso Mateo has almost 57,000 followers on Instagram, has been profiled by New York Magazine, and is considered by some to be an online style icon. He is five years old. Though Alonso’s style and online fame are impressive, he is not alone in his pint-sized style icon status. Children with better style than most adults are filling up Tumblrs like “Children With Swag” and “Kids Dressed Better Than You.” (Spoiler alert, they are.) These days, Osh-Kosh-B’Gosh just won’t do for a growing number of Gen Z kids, who are growing up in a market that might just be making them the best-dressed generation.

The past five years or so has seen an influx of high-end, luxury designers like Lanvin, Burberry, and Gucci creating children’s lines that have shocked some with their high price tags. The elevation of children’s clothes in a style market has trickled down: Gap Kids has had designer collaborations with the likes of Diane von Furstenburg and Stella McCartney. Smaller, more niche brands are beginning to develop to cater to the fashion plate generation. Karen Walker Eyewear, makers of trend-forward glasses, chose to market their latest collection with under-tween models ages three to five, despite the fact that the frames are made for adult A-listers. The photos on the brand’s site are accompanied by a Q&A with each little model answering questions like, “What is your favorite animal?” and “What do you want to be when you grow up?” Walker proudly notes that her own five-and-a-half-year-old daughter is an inspiration and wanted to wear her mom’s designs to picture day in school.

Most of this, of course, is the behavior of the previous generation shaping the next. Millennials and Xers are the parents of these young fashionistas, and they are the ones making the high-end purchases and showing off pictures of their well-dressed progeny on social networks. Alonso Mateo’s mom Luisa is a freelance stylist who usually posts pictures of her son on her own feed as well. According to the New York Times (which wrote that, “children are the new accessory”) sales of children’s apparel in 2011 grew faster than women’s. It makes a strange kind of sense for a culture of parents recovering from the recession—where they aren’t willing to splurge on themselves, they are more comfortable treating (or spoiling, depending on how you look at it) their children. On top of that, children of Millennials and Xers are twice as likely to have parents who are interested in the family’s style: after all, dad can be as invested in fashion as mom. 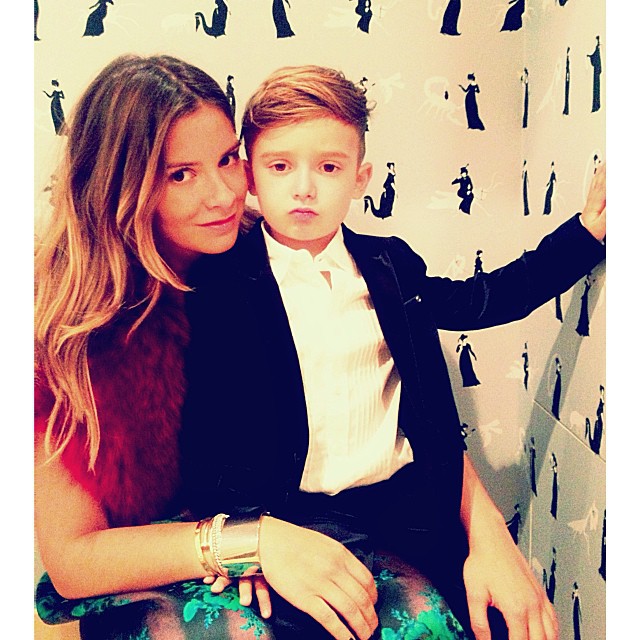 Gen Z are growing up with high-end style as an accessible and normal part of their world. They don’t realize it, but it is shaping their expectations and affecting the kinds of consumers they grow up to be. According to Howe and Strauss’s generational theory, Gen Z will follow the Artist archetype. According to that theory, “Artist generations are born during a great war or other historical crisis…Artists grow up overprotected by adults preoccupied with the crisis, come of age as the sensitive young adults of a post-crisis world, break free as indecisive midlife leaders during a spiritual awakening, and age into empathic post-awakening elders.” In the case of Gen Z, according to Neil Howe, that overprotection is keeping them inside, extremely sheltered by their worried parents. The overprotection of the generation and this rise in fashion expectations for kids might seem unrelated, but in many ways they go hand-in-hand. Kids dressed to the nines are probably not going to be leading rough-and-tumble existences, adventuring in the woods or tromping around in dirt somewhere. Gen Z are becoming sartorial stars at ridiculously young ages because the adults in their lives are so focused on them.

Not all the children of Tumblr look like they just stepped out of the pages of J.Crew Cuts—kids of Millennials and Xers are also the focus of blogs and posts that make light of some of the more difficult aspects of parenting (see: “Reasons My Son Is Crying,” and some of course are just being shown as kids. But the fact that blogs like Kids Dressed Better Than You, and internet stars like Alonso exist will still shape the way that Gen Z see themselves and see their place in the world. One possible outcome? This generation of artists could have higher expectations for the creative world, but also high expectations for their own place in that world. They’re already getting used to being recognized for the outward and aesthetic, and Gen Z might want to continue to make outward creations their way to gain a piece of the spotlight that Millennials are currently hogging.