Confessions of a Millennial Guy: The Allure of Un-PC 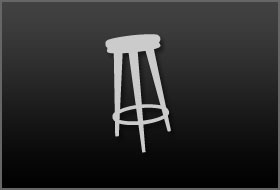 Today’s post was written by an anonymous Millennial male, to give us an inside look at the Millennial male mindset, and explain their attraction to politically insensitive content, despite their very PC upbringings.

As articles and studies declaring the “end of man” have poured in over the last few years, Millennial men have been left with a sort of hybrid version of masculinity and a tension surrounding our proper role in social settings. Many well-worn stereotypes of masculinity have been retired or marginalized for the average Millennial guy, while others have become the focus of sarcastic humor and derision. All this is part of the evolving reality of gender and sexual politics we’ve grown up with, and Millennial men can be caught in the middle of it all. On one hand, there is a hyper-awareness of what is acceptable behavior for guys today, on the other there is a certain allure to those antiquated, unfiltered points of view we know we’re not supposed to like. While many Millennial guys were raised with a deep understanding and respect for women, religion, and race, there is still a draw to browsing un-PC internet humor (with Chrome Incognito) that they would typically not tell anyone about. So while the Millennial guy is likely to be supportive of progressive gender rights and social equality, they may also be reading Barstool and Jezebel within a few clicks of one another.

Controversial websites such as The Chive and Barstool Sports—politically incorrect websites that feature half dressed women, racially insensitive and un-PC jokes while knowing it is wrong—are popular among Millennial men. Yes, even though they know it’s all wrong. The comment boards of a site like Barstool are filled with borderline to downright racist, sexist and homophobic remarks (as most internet comment boards tend to be), but the general readership of the Chive and Barstool tend to be educated, liberal and fairly progressive men. But for those progressive Millennial guys, the entire angle of the humor is based on a derisive self-awareness for the inappropriate—and an escape from the righteously correct. The un-PC has become Millennials’ equivalent of sneaking into your parent’s liquor cabinet or finding your father’s Playboy stash.

As Millennials begin to address standard domestic issues such as home-ownership, cubicle jobs and child rearing, little moments of escape become more important. As older Millennial guys embrace their more “responsible” years, their hybrid approach to political and sexual politics will become more evident in media they consume. A group of male 27-year-old post-law and grad students can silently joke about the most offensive thing they read on Barstool while simultaneously taking care of their newborns and supporting and encouraging their wife’s professional career. There’s an acute understanding of how to behave, but also an increasing enjoyment in crossing that line without being overly concerned about it.

Part of the allure might be a product of all that hyper-awareness. For this generation, antiquated notions of male masculinity have morphed from acceptable social behavior into offbeat self-effacing satire. A common, simplistic routine for the writers at Barstool is facetiously taking the side of the villain in any news story. Many Millennial men are very aware of the flaws of older misogynistic attitudes and work hard to undo that, but sometimes it is just funny to embrace the villain. But it’s all done with a tongue-in-cheek tone—in essence, it’s fake misogyny. The humor is in pretending to embrace the antiquated attitudes we’ve been taught so well are not ok.

It’s not just Millennial guys playing with this humor. Comedians/writers/Twitter stars such as Sarah Beattie continue to tap into the irreverent and self-effacing humor of gender and sexual politics that Millennials are becoming more and more comfortable with. Ms. Beattie delivers harsh, hilarious and inappropriate one-liners about sex, gender and abuse (also annoying dogs) while also Instagramming pictures of her in minimal attire. (Example tweet: “Women sure love never chilling the fuck out.”) In some ways, Millennials continue to reject the notion of politically/sexually correct dialogue—and rebel in their own way against the overly-PC—through these indirect and absurd means. Whereas older-generation talking heads like Wolf Blitzer may spout righteous indignation at the crimes of an individual and attribute them to a wider generational epidemic, for Millennials it is easier to laugh at the idea that offensive words and actions, although wrong, might just be as funny as they are inevitable. In the end, the Boomer’s intensity and the Xers’ cynicism may have just made the Millennial a little more laid back and irreverent.