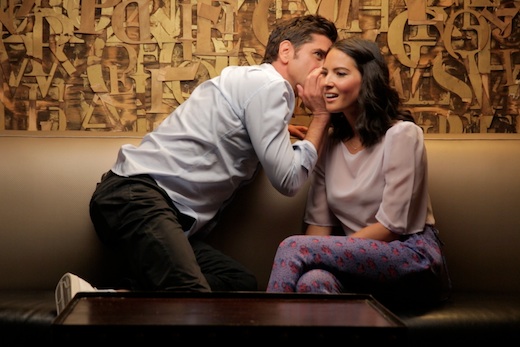 Online series aren’t just about undiscovered stars and Kickstarted amateur entertainment. Celebrities have infiltrated the online series space. As we have written about in the past, social media has lifted the wall between celebrities and fans, making it the norm for consumers to know personal details about the stars they love, and worship or reject them for their personalities as much as the work they produce. This phenomenon, along with rise in popularity of online content has led to a new form of celebrity showcase: the flash interview. Flash interview series are themed, online-only dialogues with celebrities in short-content form. Because of their easily digestible size and playful format, Millennials—who notoriously refuse to become the audience for traditional celebrity interview franchises like late-night talk shows—are eating up flash interviews. They are quick, intimate, and fun–in short, exactly how Millennials want to see their celebrities. Here are three of the flash interview series that are setting the bar for celebrity online content: 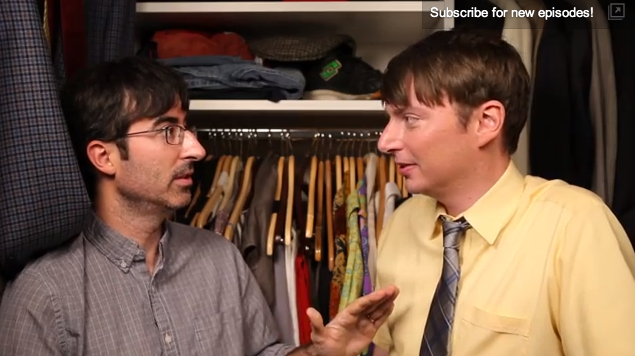 7 Minutes in Heaven
In 2011, Saturday Night Live writer Mike O’Brien began interviewing celebrities like Ellen DeGeneres, Insane Clown Posse, Elijah Wood, Kristen Wiig, and most recently Jeff Goldblum in a closet in this online series. “7 Minutes” specializes in the awkward, slightly uncomfortable humor that Millennials have responded to since The Office, and usually showcases the comic skills of the guest more than it reveals anything about their lives or work. O’Brien usually plays word and improv games with his guests between questions, asking things like, “I’m going to say some adjectives, please say ‘yes’ or ‘no’ if they apply to you,“ followed by a string of descriptors like, “coked up at all times.” Unlike the high-school kissing game it’s named after, the show is actually usually only four to five minutes long, but every episode does end with host Mike O’Brien trying to kiss his guests. The show has been updated less frequently as time has gone on, but the videos continue to rack up views, and O’Brien plans to continue to do a few episodes each year, “forever.” 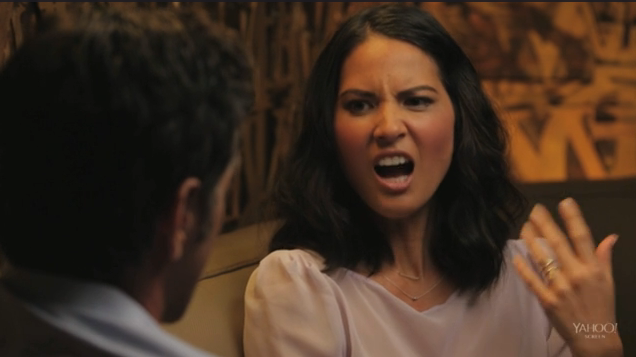 Losing It With John Stamos
As part of their reboot, Yahoo! has launched a slew of new online originals, including this interview show, featuring John Stamos interviewing celebrities one-on-one about one topic: losing their virginity. As they spill the beans to Stamos about how they lost their v-card, the show intersperses humorous re-enactments of their stories—sometimes animated, sometimes with puppets, and sometimes using Legos. “Losing It” has been gaining attention this week (it premiered yesterday) primarily thanks to an interview with Olivia Munn in which she describes going over-the-top with faking it her first time, but the nostalgia factor of John Stamos for Millennial viewers, along with the fun, personal topic aren’t hurting either. The entire series has been released at once, so binge viewers can listen to Bob Saget, Adam Pally, Alan Cummings, Casey Wilson, and others tell their sex stories all in one sitting. 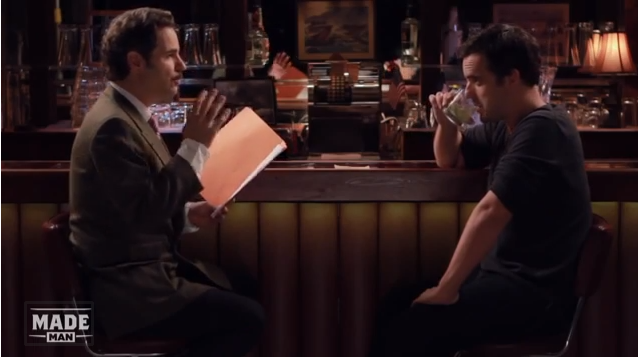 Speakeasy on Made Man
Comedian Paul F. Tomkins, known for his work on Mr. Show and Best Week Ever, hosts this weekly web series hosted by Break Media site MadeMan.com. “Speakeasy” has Tomkins casually interviewing stars, most recently Mark-Paul Gosselaar, in L.A. bars. The presence of alcohol and Tompkins’ light and teasing style make each episode look like both interviewer and interviewee are having a lot of fun—and the loose style is incredibly appeaking to Millennial viewers. Full episodes of “Speakeasy” run around 24 minutes, but it is the clips that Made Man releases along with each installment that get the most web traffic, and that sometimes make the rounds on other blogs. Like “7 Minutes,” Tompkins plays games with his guests—in particular a game that resonates with the internet audience where celebrities have to reenact popular memes and gifs. 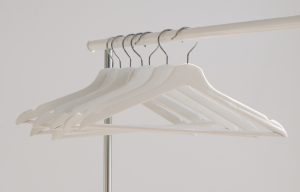