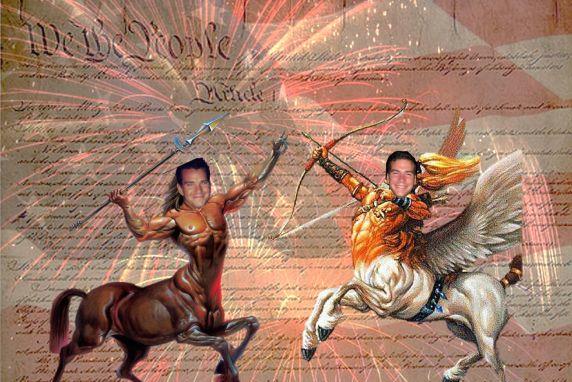 Craigslist is not a glamorous site. It’s infamous for its almost never altered low-design look, and has probably gotten some of its most significant mainstream press for the site’s controversial and now extinct adult services section. But in the past few years, Craigslist has evolved from the place where everyone turns to get or get rid of a couch. Don’t worry, you can still do that and more, but the go-to classified pages of the web have become sprinkled with creative gems ranging from the poetic to the hilarious, and that go beyond your average help-wanted or apartment posting. Just as YouTube, Twitter, Tumblr before it, Craigslist has begun to spawn viral stars, and maybe even actual stars as well.

Not surprisingly, it is often Millennials who are finding their way into the internet spotlight thanks to some creative uses of Craigslist. As a generation, they are more used to playing with the online world and subverting the intentions of sites, so it makes sense that they are getting attention for Craigslist innovating. In March of this year, freelance copywriter (and Millennial) Nate Walsh posted what has become known as the “Greatest Craigslist car ad you’ll ever see.” (Usurping the title from a previously viral Craigslist car ad.) Not quite well-versed enough in Photoshop to produce the ad for his 1999 Toyota Camry he wanted, Nate pulled out his glue and scissors and crafted a 12-page spread touting the benefits of his beat up ride with hilarious copy like, “Only 1 person threw up in it! Of course, she did so twice. (Hi, Julie!)” And, “Huge dents on both sides! The protagonist of Carrie Underwood’s ‘Before He Cheats’ will be unable to exact vengeance upon you!” (If you haven’t seen it, take the time to read Walsh’s full ad— it is worth it.) The ad got mentions on a slew of major blogs, spread like wildfire on Pinterest, and earned Walsh an interview with AdWeek, where they told him he was funnier than 90 percent of copywriters. Thanks to construction paper, magazine cut outs, and some amazing creative thinking, a Craigslist ad pushed a car selling freelancer into internet infamy. 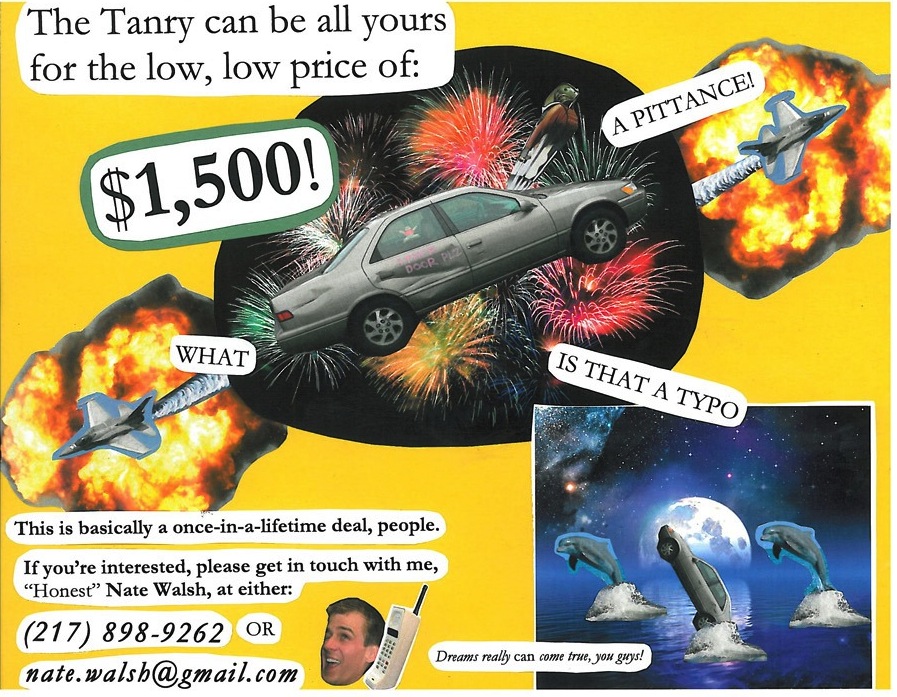 Other recent Craigslist “stars” have stayed more anonymous, but have still gained attention from millions for their “work.” This month this missed connection ad made the blog rounds because it struck readers as a piece of beautiful magical-realism inspired short-form fiction. The ad imagined the writer and the women spotted riding the train together for 60 years, never speaking because they couldn’t work up the courage. Some Craigslist famous, like this photo-bombing dog, aren’t even human. Other Craigslist virals spread because of their cringe-worthiness, like this probably well-meaning mom (or genius comedian) who posted an ad to get her 18-year-old Harvard-bound son’s virginity taken. 25-year-old cinematographer Ryan Netherly used content he found on Craigslist to gain a following off the site with his blog THE WORST ROOM, an ongoing catalogue of the most horrific apartment ads he found on Craigslist. Within six days of starting the blog had over 25,000 followers and fans were sending in their own terrible apartment ad finds.

Thus far, we’ve discussed mainly Craigslist famous individuals who at most found their posts discussed widely online and perhaps on the news. But recently, Craigslist has been the springboard for a pair of brothers who gained far more for their wanted ad. In February of this year, Mike and Dave Stangle, both in their 20s, were looking for dates for their cousin’s wedding. Not wanting to “ask some fringe women in [their] lives to go and face the inevitable ‘does this mean he wants to take it to the next level!?’ questions,” they decided to post a ridiculous ad on Craigslist looking for potential partners. The ad, which includes lines like “You should be attractive or our aunts will judge you, but not TOO attractive or one of our uncles might grope you,” and pictures of the brothers’ faces superimposed on a set of centaurs in front of the Declaration of Independence, was allegedly thrown together in five minutes, but those five minutes potentially changed their lives forever. After being inundated with replies, the Stangle brothers were featured on blogs, and even made the talk show circuit. But their story didn’t end there. In April, news began to spread that the brothers’ story had been optioned and sold to Fox 2000 for seven figures. This week, NYMag reported that to capitalize on the sudden Craigslist fame, the pair put together a book proposal, which was then sold to a Simon and Schuster imprint for an undisclosed amount.

So what does the rising amount of viral and entertainment content coming from Craigslist mean? In short, that no corner of the internet should be overlooked as inspiration because there is no corner of the internet that Millennials are not using to showcase their creativity and innovation. Whether it’s the next great copyeditor, writer, or movie story, even a low-design, help-wanted ad-centric site can be fertile ground for their ideas to take off. Just when we had gotten used to YouTube and Twitter launching people into stardom, it looks like Craigslist could be the next, unexpected, hotbed of internet talent.