The Social Network of Self-Harm 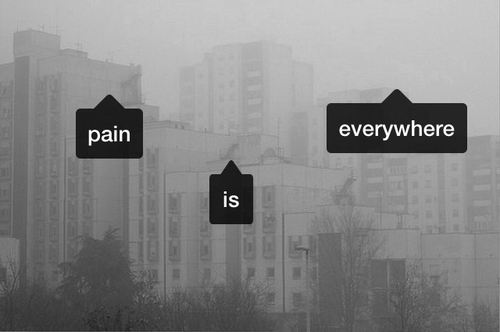 Amidst the call-to-action for issues such as bullying, texting and driving, and substance abuse among teens lies an issue that remains hidden in social network feeds and under sweatshirt sleeves: self-harm. In a group of ten teens, at least one is self-harming, whether through eating disorders or physical injury. We know what these behaviors look like—cutting, starving, purging, criticizing—but more than one-fourth of young adults consciously avoid talking about these subjects and one in six parents of teens admit to avoiding the topic of mental illness. Though teens and parents share age-old experiences of adolescent angst, previous generations were without the constant barrage of images from the internet of physical (albeit Photoshopped) perfection, pro-ana websites, and self-injury how-to forums. The dark side of the internet promotes these activities and sets a grave stage for Millennials to escape from external pressures.

Millennial author Anna Caltabiano’s dystopian novel All That Is Red has gained recognition for giving a voice to self-harming teens and a glimpse at how for some “the intimate euphoria of pain can sometimes be all we have to remind us that we are alive.” The book is not meant to be autobiographical, but the adventure story integrates the topics of self-harm and isolation through the trials of its young female heroine. In writing All That Is Red, Anna set out to battle the stigma surrounding self-harm, an issue that is “always there, not just in the United States, but all over the world and we as a society still feel like it isn’t acceptable to discuss it.”

Caltabiano describes self-harm as “inflicting pain on yourself just to concentrate on this one thing you can control,” both feeding and numbing the isolation that teens feel in an increasingly fragmented society. This isolation is epitomized by the role social media plays in the lives of young adults, where they tend to retreat inwardly because “even when we think that we’re connecting with other people on Twitter or Facebook, we’re sitting in our rooms, alone.” While online communities can foster connections in many ways, young adults, especially those suffering with mental health issues, sometimes need a more real-life connection to get help.

In some circles of Tumblr, self-harm has “become almost fashionable.” The social network has difficulties enforcing its policies against sites that “promote and glorify self-harm.” The blog Depression and Disorders is a self-harm tumblr run by a 14-year-old girl. Confessions and questions swarm the blog along with graphic images and GIFs of cutting, eating disorders, and suicidal thoughts. Help is offered as often as instructional techniques on cutting and starving yourself. While the young author of this blog in particular claims that it helps her, browsing endlessly on Tumblr and seeing pictures of self-injury can trigger the behaviors, as she admits it “encourages me to cut.” When we spoke with Caltabiano she told us, “Social media is great way to find other like-minded people who are interested in the same things you’re interested in,” but also presents the “illusion that we’re really connected.” Those with similar interests in self-injury can find a destructive sanctuary in sites like these.

Help lines are readily available for the 20% of Millennials who are struggling with mental health disorders, but digital natives continue to turn to social networks and mobile technologies to express their emotions. In order to reach teens where they are, the new campaign OK2TALK directs them to a Tumblr-based community where they can share and discover stories of people just like them coping and recovering. The campaign aims to finally start the conversation around self-harm, talking to teens where they’ll listen, and joining Anna in the attempt to promote storytelling and sharing as a way to uncover emotions that have been hidden under the guise of a username for too long.

Avoidance in addressing the emotional issues of eating disorders and physical injury has become deeply ingrained in youth culture, and even in older generations. Instead of using social networks as an avenue for guidance and recovery, they have become a hiding place for Millennials in pain and a source of negative influence.  As the culture of self-harm among Millennials has fallen into destructive patterns, campaigns must start to target Millennials in their natural habitat and treat mental health disorders with the same severity as other PSA efforts, calling on their peers to get this topic out in the open.