Things You Should Know: The Video Game Online Series Edition 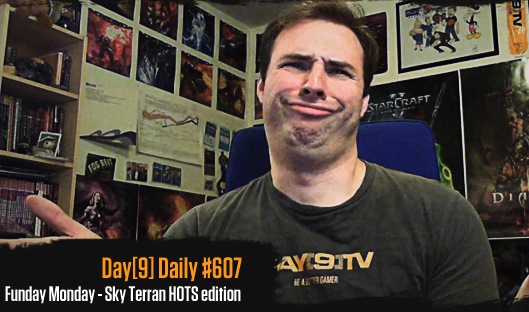 “Gamers” aren’t only found in the confines of the games they play, gaming has become a lifestyle and entertainment genre all its own, and that lifestyle is rapidly being pushed into various forms of media. Earlier this month, we talked about the rise in popularity of online only web series, and the ones that you should be watching right now. Couple that trend with the recent explosion of video game-related content and you have an entirely new realm of entertainment.  We are seeing more and more web series cropping up with stories and content grounded in the gaming lifestyle; from commentary and analysis to scripted shows and hysterical shorts. Here are just a few of the gaming web-series that you should know:

In 2010, Sean Plott and Eric Berkhart, founded Jink.TV, a company dedicated to providing “smart, funny content on topics that matter to the serious gamer.” Their flagship series “The Day[9] Daily,” or D9D, airs twice a week on twitch.tv with archived episodes on Day9.tv and YouTube. Plott took a childhood hobby and created a career and a brand by beginning Day[9].tv. He was a nerdy kid from Kansas just a decade ago, and in 2011 was named one of Forbes’ top 30 under 30 for entertainment, placing him in the ranks of Millennial icons Jennifer Lawrence, Donald Glover, Lebron James, and Lena Dunham. Day[9].tv may not get millions of views per-video, but they operate perfectly within their niche by providing quality, scheduled content and fostering incredibly high viewer engagement. The discussion boards of the site operate during live streams of Day[9] programming, which gives the web-series a deep social experience.

When you think about shows that highlight high school drama and growing pains, you think of the cheerleaders and jocks, the band geeks and AP students. You probably don’t think about a school full of the world’s best e-sport athletes, trying to prove their talent, find their identity, and, of course, get the girl of their dreams. Video Game High School is a live action web series that takes every gamer’s fantasy and brings it to life—as evidenced by the fact that the first episode has eight million views.. VGHS writer and show-runner Matt Arnold calls it “a show about video games, friendship, and a couple of kisses.” The show revolves around a rising star, Brian D, who was thrust into VGHS, his dream school, after defeating the best player in the world, “The Law,” by accident. The concept for the show was originally posted on Kickstarter by co-founder Freddy Wong, an e-sports star himself. The project surpassed their initial funding goal of $75K by $200K, and the nine-episode first season has views close to three million per episode. Wong and crew posted plans for season two to Kickstarter at a goal of $636,010 (the exact amount it cost them to make season one) and raised $808,341 from over 10,000 backers in one month. VGHS shows that a popular show doesn’t need a big budget or even a big studio to be successful. They deliver to their Millennial audience so well the fans are willing to fund it themselves. 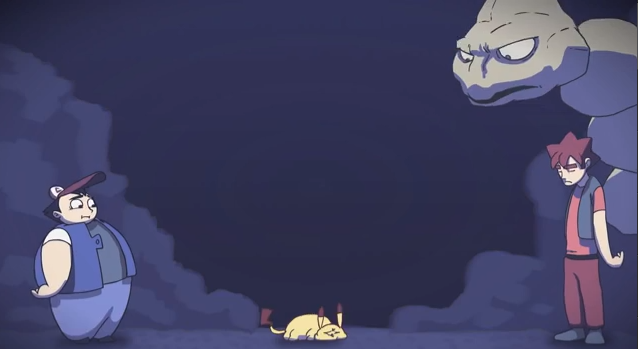 Egoraptor: The Awesome Series and Sequelitis

Arin Hanson, better known as his online persona “Egoraptor,” provides his YouTube viewers with “cartoons about video games” by both creating and voicing the series. His Awesome Series consists of short cartoons that joke about some of the biggest gaming hits, one of the most popular being “PokeAwesome: Just a Pokemon Battle” a parody of the Pokemon series that went viral in December 2011. Sequelitis, which provides in-depth analysis a game and its sequel with a comedic twist, has fewer installments so far but is incredibly popular, with the episode on Megaman reaching six million views. Hanson’s shows tend to focus on older console games like Megaman, Metal Gear Solid, and Castlevania, and his commentary on these games and the video game industry as a whole is impressive. It also provides interesting insight into the gamer world and experience. Hanson speaks about the art of the game and the feeling gamers should be looking for while playing. The tremendous viewership of his shows is yet another reminder that gamers, a group still considered niche by too many, are a force to be reckoned with.