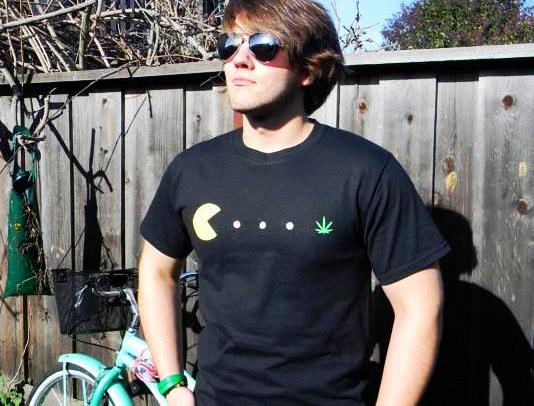 The Gateway Myth: In contrast to cigarettes and hard drugs, which have been consistently villainized as Millennials have grown up, information on whether pot is actually bad for them has been unreliable at best. This generation was told that marijuana is the gateway drug, but increased transparency of government policies through the accessibility of information has convinced Millennials that “the D.A.R.E. program is a joke.” As they’ve gotten older, it’s become clear that not all pot users are on a slippery slope to rehab, and for some pot feels like a “healthy alternative” to alcohol and hard drugs. There is little evidence to prove otherwise. Despite sanctioned dispensaries in some states, marijuana remains in the category of heroin, ecstasy and LSD by Federal standards, influencing the lack of research surrounding the substance. But with cultural trends toward more lenient policies and an increase in the drug’s accessibility, the NIH has provided Drexel University a grant for a five-year study to examine “medical marijuana and its impact on drug use and physical and psychological health among young adults” aged 18-26 in the Los Angeles area. Previous studies have begun to uncover links between cannabis and the increased risk of stroke in young adults, as well as a drop in IQ points over time, but the evidence is still unclear as variations in weed are too hard to measure. Unless some serious figures on negative effects of marijuana use come to light, Millennials have little reason to see it as the dangerous drug it was purported to be when they were young.

Public Displays of Ingestion: Bill Clinton has experimented (no one believes he didn’t inhale) and Obama has admitted to smoking a joint in his day. It’s hard not to think that if two presidents of the country have smoked weed, it’s probably not going to destroy every users’ life. In our coverage of the end of scandal as we know it, we discussed the fact that it has become increasingly acceptable to admit to using, and Millennials are less likely than any other generation to judge a public figure for lighting up a joint. After all, they are the leaders in the oversharing movement. Millennial celebrities go a step further than simple admittance, celebrating their pot use on social networks to the delight of millions of followers. Pop superstar Rihanna, teen heartthrob Justin Bieber, Disney starlet Miley Cyrus, Oscar winner Jennifer Lawrence, actor turned rapper Drake, the list of celebs who are not ashamed to make their weed use public goes on. Their marketability is, in general, not negatively affected by the news that they smoke up—in fact Millennials in the public eye often receive praise instead of backlash for their weed use. To fans and viewers, it is easy to make the leap that their own use of weed is also no big deal.

Fighting For Their Right: Though they don’t do it in the same ways their Boomer parents did, Millennials are standing up for what they believe in online and off, and for some the debate about weed is about social rights. Many Millennials who support legalization have had access to a plethora of information on the costs and social issues associated with jailing marijuana offenders. They’ve seen infographics on the economic benefits of legalization. Living and breathing information has not only taken pot use out of the basement and onto Instagram, it has also made the raw facts about the social impacts of marijuana more accessible than ever. With support from Gen Y the fight for same-sex marriage has brought about revolutionary changes, and the trends seen in opinions for marriage equality mirror those of marijuana legalization. Medical marijuana use is legal in 9 states, has been decriminalized in 17 states, and Colorado and Washington now approve the personal and recreational use of marijuana in small amounts. Millennials are confident in their ability to produce change, and believe it is only a matter of time before the rest of the country follows in their footsteps, and Federal law relaxes its regulations.