Retail Rebels: CREDO Mobile and the Potential of Activism Purchasing

Last week, Ypulse sent out our Lifeline Quarterly report, with a focus on Disruptive Creativity: the idea that Millennials are purposefully disrupting the status quo to make a bigger cultural statement. Part of this larger trend we see increasingly at play is a concept we are calling Retail Rebels. We found that 67% of Millennials are interested in buying from companies that say they are disrupting the status quo. Today we’re taking a look at one of the smaller brands taking advantage of the Retail Rebel mindset, and making activism a core part of their appeal to young consumers.

CREDO Mobile is one example of a brand with an ethos we are seeing resonate with Millennials and turning them into Retail Rebels. Some small brands are beginning to use a spirit of rebellion and activism to appeal to young consumers, calling them to be a part of the fight against Goliath and to make a difference in the world, all by buying the things they need anyway. CREDO calls itself “America’s only progressive phone company.” They founded in 1985 as a credit card company aiming to turn the non-profit structure on its head by being a for-profit organization transparent about the causes and donations that customers were contributing to. They’re the same age as many Millennials, and share the same progressive stance as many in the generation, and CREDO is using that shared forward-mindedness to reach out to Millennials as agents of change.

CREDO operates as a completely cause-transparent for-profit. Their bread and butter may be cell phone plans, but the purpose behind making money is stated upfront: supporting progressive causes and making progressive change is their true foundation. Calling their customers “members” and “activists,” their brand messaging is all about rebelling against bigger carriers in order to make change possible. They talk about “ditching Big Telecom,” and ask potential members to “raise your voice” and “change your plan, change the world.” From a for-profit only company, these words would ring un-true, but CREDO makes their causes—like women’s rights, marriage equality, and environmental preservation—an integral part of their messaging and appeal. CREDO members are actually the ones who vote on what causes the money they have spent on their phone plans will support every year. They’ve increased their customer base by 25% in the past two years, largely by targeting the young and left-leaning and being vocal about their beliefs.

In their explanation of reasons to switch to CREDO, the company points out that no purchasing decision is neutral, even your choice of cell phone. They point out that AT&T has contributed to right-wing politicians. In recent years, Millennials have come to expect a certain amount of transparency from brands, and scandals like the Chick-fil-A gay rights controversy have made them aware that the brands they support likely support something themselves. It only makes sense that brands who not only make those causes known upfront, but make them a piece of their very business plan would begin to appeal to the generation.

Upworthy (itself a quickly growing Millennial influencer) recently featured CREDO as its first ever product recommendation to its readers, after 96% of their readers said they would likely switch brands if a brand of similar quality and price supported a good cause. Millennials have often made their activism a subtle part of their lives. Where Boomers took to the streets in protest, Millennials simply opt out of activities they don’t believe in, make their voices heard online, or make small donations and changes in consumption choices that allow them to rebel or make changes in a realistic way. We’ve seen other examples of cause-oriented brands, like Tom’s and Warby Parker, capture the Millennial market attention by allowing them to feel they are doing good in making an everyday purpose. CREDO takes this concept even further by making their customers into activists, making them a part of determining the causes, and turning doing good into an act of rebellion and a fight against bigger brands who don’t have the right causes at heart. Keep an eye out for the rise of the Retail Rebels and the brands like CREDO that are inspiring them to disrupt the status quo. 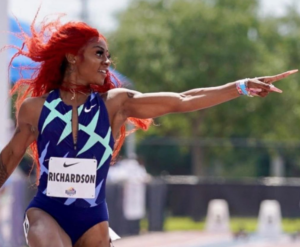 This App Knows How Mi...