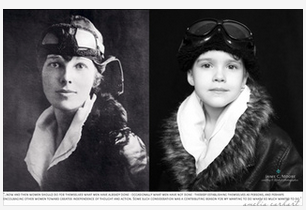 Today’s guest post comes from Maxine Gurevich, who is taking a look at some of the recent developments in rebranding princess culture for young girls, some parents’ desires for “real women” for their girls to look up to, and what brands are doing right, and wrong, to answer the demands.

The gender equality war is not only still very much alive, but also on-trend in pop conversations via every media channel, perpetuated mainly by headlines across the Atlantic, NYMag, Daily Beast, and by the new face of boardroom feminism, Sheryl Sandberg. Recently, photographer and mom, Jaime Moore unintentionally staked her claim on the subject for the pre-tween set with her series: “‘Real Women: Forget the Disney Princesses.’ The photoseries that started off as a birthday present for her 5-year-old daughter has become a great cultural example around the discussion of what it means to be a “real” woman today. Moore photographed her daughter dressed as important historical female figures, and the images were an online hit. She comments: “I noticed quite a pattern of so many young girls dressing up as beautiful Disney Princesses, no matter where I looked 95% of the ‘ideas’ were the ‘How tos’ of how to dress your little girl like a Disney Princess…it started me thinking about all the REAL women for my daughter to know about and look up too, REAL women who without ever meeting Emma have changed her life for the better.”

Recently, Disney has been working on rebranding their definition of “Princess.” The company released an inspirational video to celebrate the princess inside every young girl. The rebrand of the classic female archetype has been reframed and redefined in terms of bravery, trust, loyalty, kindness, generosity, compassion, standing up for oneself, and standing up for others. However, not all strides by the brand have been steps forward for young female empowerment.  A few months ago Disney also launched the video game for young girls; “City Girl,” based on the HBO hit series Sex in the City. It received heavy backlash for the simplistic and shallow value system that the game perpetuated for young female gamers. 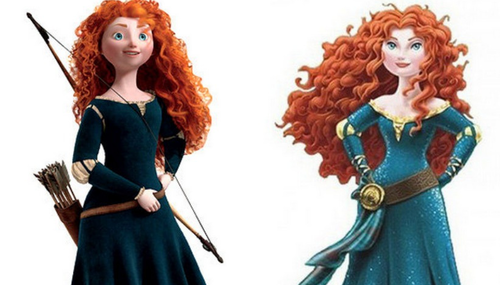 And of course, in the makeover heard round the internet, Disney recently gave Brave heroine Merida “A Pretty Pretty Princess” rework with wider eyes, smaller waist, sleeker hair, and an extra sparkly dress. Merida’s bow and arrow were also removed, replaced by a low-slung belt. A petition on Change.org garnered over 200,000 signatures urging Disney to return to the original character design. After the petition gained attention and the backlash was widely publicized last week, Disney removed the made over images on their U.S. site, and released an official statement that the images were a “one time effort” for a “special occasion.”

We can’t forget that this is Hollywood and they’re not just in the business of creating archetypes through stories, but also need to sell tangible products. The selling points with Merida’s character can be a challenge when marketing the ancillary items of a character who embodies simplicity, robustness and bravery through her pale, subdued exterior. In other words, “perfectly imperfect” beauty is a tricky thing to sell when your daughter has been programmed to want a sparkly princess costume. In an interview with Pixar Portal, Brave writer and co-director Brenda Chapman stated, “Because of marketing, little girls gravitate toward princess products, so my goal was to offer up a different kind of princess — a stronger princess that both mothers and daughters could relate to, so mothers wouldn’t be pulling their hair out when their little girls were trying to dress or act like this princess.”  The statement is very much inline with Jaime Moore’s sentiment about girls needing a “real” woman to look up to.

But while Disney’s idea to rebrand the modern day princess is perfectly on target, their strategy is deceiving and contradictory. Of course, a little glam goes a long way, but what does it mean to build a stronger, braver and more authentic archetype without succumbing to typical glam strategies? The glamour of appealing heroines today is being perfectly imperfect…but a real challenge for brands is how to sell imperfection – and figuring out what replaces those extra princess accessories when people want simple and real. 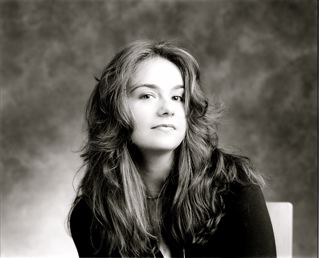 Maxine Gurevich is a brand strategist, trend analyst and cultural conspiracy theorist. She builds sustaining brand strategies by recognizing patterns in culture, digging through content to find stories, deconstructing generational cohorts and focusing on consumer insights to uncover the motivation behind decision-making. Maxine holds a Masters in Branding from the School of Visual Arts, and has helped such agencies as MTV Scratch, Toniq, Universal McCann and Jose Garces Restaurant Group navigate culture while bridging the gap between business, design, entertainment and storytelling. She acts as a trend and strategic consultant for Ypulse.