C is for Coding 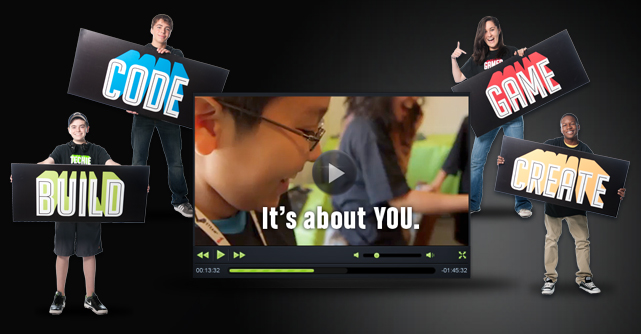 What the Post-Millennial Generation Will Know That We Don’t

In the early civilizations of man, scribes were held in high regard because of their ability to read and write, unlike the majority of the population. Today, our scribes are those who can code. Behind all of the social networks and all of the apps we use everyday, is the code that was written to design it. Currently, coding is a skill held by a small specialized group, who have chosen it as a career, but as technology education progresses, we will likely see a next generation with “coding” on their resumes in the same way we have seen an increasing number of Millennials include “Photoshop” on theirs. If things progress, we could see coding become a knowledge set that is as commonplace as Word and Excel.

Young Millennials and the post-Millennial generation are the first to interact with the digital world from the cradle on. Our recent reliance on everything digital has made coding a very useful (and profitable) skill that is in high demand in today’s app-centered world. So the ability for this young generation to participate in the creation of the digital content they have grown up with could become more and more inevitable. We are already seeing the growth of methods and tools that teach coding to kids, and a number of organizations have made moves to support coding programs that teach children the various programming languages. The potential is there for coding to become a skill of the masses, a second language to (currently very) young consumers.

Code.org is a non-profit organization with a goal of supporting and providing course materials for schools with computer programming or coding courses in their curriculum. They have the support of dozens of celebrities, business people, and public officials who support their cause, including Bill Gates, Mark Zuckerburg, and Miami Heat star Chris Bosh.

In December 2012, Jason R. Briggs published Python for Kids, which looks to make learning the coding language more fun and relatable for children. A review by Wired.com’s Geekmom Marziah states that the book was a great way for kids, and parents, to learn the fundamentals of Python. “By the time you finish Python for Kids, you’ll have completed two games and learned the foundations for programming with Python.” But for parents who aren’t interested in learning coding themselves, there are plenty of ways to have others teach your kids the language behind the web. KidsCodeCamp, whose motto is “Teaching the Kids of Planet Earth to Code,” runs free classes designed for kids from elementary school to high school to learn coding in a fun environment. Young children are even figuring out their own ways to get a coding-education. Nine-year-old Mackenzie Wilson recently raised more than $16K on Kickstarter to send her to role playing game design camp for 9-to-12-year olds run by InternalDrive. Her goal had been just $829. Coding camps are beginning to grow in popularity. Girls Learning Code is a Toronto-based all-girls technology camp that aims to ignite a passion for tech and coding in young girls so they can “change the world.”

Kuato Studios has taken a different direction to teach children to code: video games. Their new game entitled “Hakitsu” teaches code to users through its game play. Players control machines that fight on an arena. The fighters’ attacks and moves are governed by the lines of code the player types out and executes. The game teaches the basics for coding in a fun environment. The competitiveness of the game will encourage the users to become more fluent and competent coders as they strive to become the best Hakitsu fighter.

Schools begin by teaching students to read and write in their own language. Later on, students attempt to understand foreign languages. It seems entirely probable that the next language young students will learn will be a coding language. What the consequences of this knowledge will have as they age up and eventually enter the workforce is still to be seen, but older generations (Millennials included) could find themselves playing catch up as the digital world starts moving at a coding kid’s pace.