Macklemore and Ryan Lewis: So much more than thrift shopping 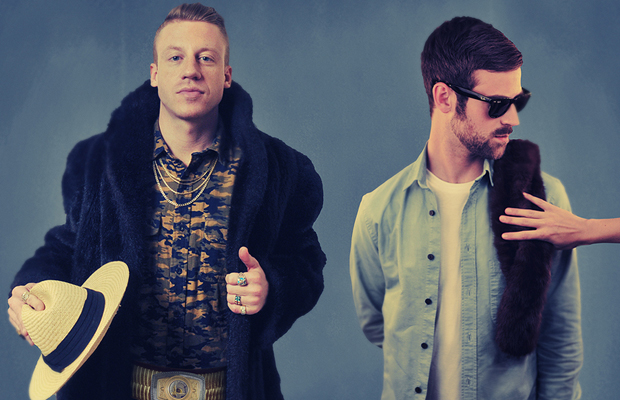 Macklemore and Ryan Lewis topped the charts in late 2012 with their song “Thrift Shop” feat. Wanz. The music video has over 180 million views on YouTube and is still the number one song on Spotify in the United States. The duo’s hit single exemplified the Millennial ideals of budgeting, reason, and YouTube. Their full album, The Heist, provides an even more applicable story to Millennial culture. Each track is different, and tackles a different subject. Some illustrate the struggle of young artists, others talk about, well, thrift shopping. There are a few songs that do give insight into the minds of an idealistic Millennial, and are worth noting for anyone who has their eye on the generation.

“Ten Thousand Hours” is the first track of the album. The title refers to the seemingly endless amount of time Macklemore has invested in pursuing his passion for music. It’s no secret that Millennials want to do the same. “I stand in front of you today all because of an idea, I can be who I wanted if I could see my potential.” Like Macklemore, Millennials are all about maximizing their potential, and he has turned that potential into success, noting full-on dedication; “The greats weren’t great because at birth they could paint. The greats were great because they paint a lot.”

“Make the money, don’t let the money make you. Change the game, don’t let the game change you.” This is the chorus of the track “Make the Money”, which is featured in a trailer for the movie 42 that depicts the story of Jackie Robinson. The song encourages others to strive for success without compromising themselves, urging his listeners to “stay true”. Once again, the songs are in line with the Millennial aspiration to succeed, but not concede their values and integrity.

Although Macklemore and Ryan Lewis produce some inspiring and optimistic tracks, they take certain topics very seriously. “Wing$” tackles the issues of material obsessiveness that occurs when children are exposed to consumerism. “Same Love” is entirely dedicated to supporting marriage equality and “Starting Over” reveals Macklemore’s own struggle with his past drug addiction, seeking to be an inspiration and provide support for those going through the same. These individual, personal, and strong convictions define Macklemore and the Millennial spirit. They are unyielding, intelligent, and determined to achieving something more. They focus on taking advantage of what is happening right now, not dwelling on the past and because of that, it is no doubt Macklemore and Ryan Lewis will be living at the top of the charts as leaders of the Millennial spirit.