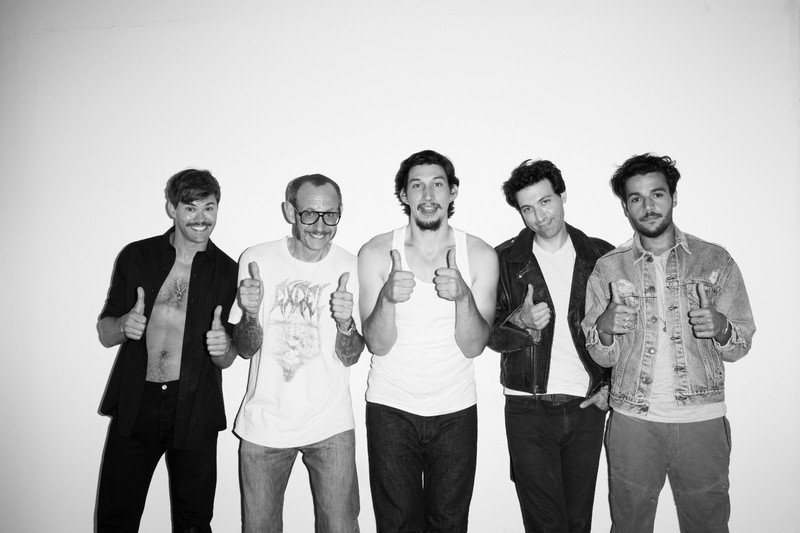 We’ve noticed that the female gender has been getting all the attention lately. From the Daily Beast reporting on the New Feminists, to PBS’s Documentary and Sheryl Sandberg’s new initiative LeanIn.org, spotlighted on Time magazine’s cover. Adweek also attempted to get on the bandwagon with their snapshot of the “Indie Woman” and even Cosmo Magazine chimed in with a timeline of risk-taking woman throughout history.

The frenzy around HBO Girls is no exception. March 8th marked International Women’s Day, (which probably accounts for the recent female-oriented coverage) so Ypulse decided to rally-up our male Millennial staff and forced them down to watch one full episode of the hit series. Some were fans, some were novices of the show, and some were a little cranky because it was 9:30am.  Appropriately, we had them watch the episode, “It’s Back”, where all the female characters were pretty much losing their marbles in the game of life while the male characters in the show were becoming successful, put-together, emotionally stable human beings. Afterwards we moderated a mini-focus group to get a perspective of the show’s brand perception toward the male demographic. Here are some insights that came out of the session:

We found that the main point of entry for this show was guys who have girlfriends. Some started watching the show because their girlfriend liked it and had gotten them hooked due to its exposure to the female mindset. Other guys thought that, while this wasn’t exactly up their alley (the drama didn’t seem to interest them much), they did admit that they’d be willing to watch it if their girlfriend wanted to. They specifically compared it Sex and the City, claiming that there was no way they would sit through that show no matter how badly their girlfriend is in love with it, but Girls was something they’d be willing to watch. This may imply that we are a few steps closer to universal compatibility between genders where a guy and girl can enjoy a show equally.

All the guys agreed that while the show was primarily about a group of girls, agreeing that it gave some good insight into the female perspective, it still didn’t seem like the show was only speaking to the female demographic. They could see themselves relating to the failure and success stories; Adam’s shyness when it comes to asking a girl out on the phone or Marnie’s fear of taking her “potential energy and turning it into kinetic energy”.

The group also enjoyed the authentic, unfiltered quality the show has without being overtly vulgar. Mike, our intern stated: “The characters use the same language I use. Not necessarily vulgar, but there’s an F-bomb thrown in when appropriate. They talk about things openly, avoiding any political correctness. Plain and simply, they talk about the things we talk about the way we talk about them…overall, I would recommend this show to anyone. I even watched it with my dad and he laughed uncontrollably at the antics.” …And it even fosters cross-generational co-viewing, how perfectly collaborative!

The guys at Ypulse found it interesting that the male character in the show who was known as the “wimp” when dating Marnie in Season 1, ends up as the success story. Charlie (played by Christopher Abbott) is now in total charge of his life and clearly no longer the wimp alongside the “put-together” girl. The tables have turned, and the underdog finds his glory. Perhaps another explanation for the sensation of the Diary of a Wimpy Kid series, selling over 70 million copies to date.

While in discussion, the Ypulse team noticed a shift in the media, whereby female-related shows are actually getting more universal coverage than ever before. No longer is a girls show only for girls, like Sex and The City was. On the flip side, when we tried to come up with what the females in our office should sit down and watch, we actually couldn’t think of any hit male-dominated show. All of the shows we came up with that are currently on the hit list have a cross-gender following, i.e.: Game of Thrones (not a frilly show by any means, yet many females are huge fans, including the female editor of this site), Walking Dead, Mad Men, House of Lies, and the new Netflix hit series House of Cards all obtain a female and male following. None of these shows have a purposeful ‘female-oriented’ target, in fact one may argue that the attributes of these shows skew more male, but you’d be surprised at how many females are watching. This is just further evidence that “shrinking and pinking” products will not necessarily get you any female attention and will most likely be the wrong strategy to take.

Regardless, wherever the gender-discussion may be leading, there will always be a parody that will help us laugh it all off.

*If you think we’ve missed out on a popular male series that the Ypulse females should watch, feel free to let us know! tweet us @ypulse