Unique Is The New Cool 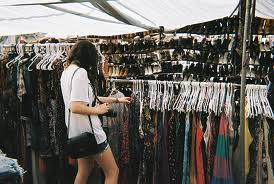 Whereas dressing like everyone else was once seen as the way to fit in, Millennials now have a mindset that celebrates individuality. To them, being original is important and they constantly want to curate their own style. Whether that’s through clothes, nail art, or hair trends, they aren’t afraid to stand out. In fact, they embrace it and want to experiment with their fashion. This is in part because Millennials are the most diverse generation and they’ve grown up being surrounded by differences. As a result, they don’t want to be limited to a uniform or logo; rather, they want their fashion to express their identity.

This sentiment is seen through their rejection of branded clothes. While Abercrombie logos were once cool, today, Millennials would rather mix and match pieces and create something new. Why replicate what everyone else is wearing when you can have more influence as an individual? According to Ypulse research among 1,200 13-34-year-olds, 55% say ” I don’t follow trends; I like to think I have my own personal style.”

Additionally, Millennials have a DIY attitude and are interested in making their own clothes or accessories. There’s a social currency in having a bracelet unlike any other or in telling the story behind an item that you made. Part of this mentality may be shaped by the economy, but we’re also seeing Gen Y place greater emphasis on creativity. One 21-year-old female recently echoed this idea: “I’m seeing the DIY trend everywhere with people making cool accessories, home décor, and clothes, which I think shows how creative my generation is.” Nearly a quarter (22%) of Millennials say they modify/cut up/or embellish their style. While this may not sound like a lot, it’s still noteworthy with upcycling becoming more common.

Etsy and Modcloth have become favorites among Millennial females since every product tells a story. They’re interested in these sites since the items aren’t as mainstream as what one would find at their local mall. Gen Y also appreciates one of a kind pieces; flash sale site Of a Kind strikes a chord since it focuses on limited edition items at a discount. Gen Y is after unusual products that they can pair with everyday essentials to create an original look. Many turn to accessories in particular as a key way to generate a unique sense of style.

Even thrift shopping appeals to Millennials with 36% saying it’s cool. What’s more is that 56% say it’s a great way to find cheap clothes, particularly ones that stand out. As one 20-year-old female put it, “I’m noticing that people my age are into thrifting because it’s a way to find unique styles and show off your individuality.” Such pieces can compliment other items they own and add character to their closet. Moreover, Millennials often feel a sense of accomplishment and pride from thrifting. Shoppers can game the system and use their resourcefulness to get the best items.

Celebrities including Lady Gaga, Nicki Minaj, and Katy Perry have made it acceptable to have original, even eccentric style. They encourage others to be bold, take chances, and make different the new norm. However, it’s ironic that standing out has become mainstream. As Millennials accept and adopt even more “original” styles over time, it will be interesting to see this notion of individual style evolve.