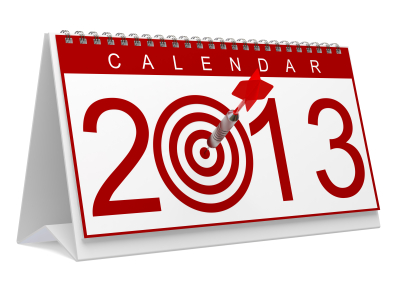 With a new year comes more opportunities and the chance for people to reach new goals. This positive outlook is how most Millennials feel about the year ahead based on a recent survey we conducted among 294 13-34-year-olds. Nine in 10 (93%) said they are optimistic about 2013, including 52% who are very optimistic. Many have set personal goals for the coming year, which provide insight into what matters most to their generation, the challenges they continue to face, and what we can expect from them in the future.

Getting a job, or a better job, were by far the most common goals that Millennials have set for 2013. This highlights just how hard they’ve been hit by the economy and how eager they are for opportunities in the working world. While unemployment and underemployment were major barriers in 2012, they hope to finally get past them in the coming year to earn money and gain experience. They realize that jobs are hard to come by, but their optimistic attitude makes them hopeful about the future. In fact, they’re confident that their careers will eventually take off with 78% saying they believe they’ll have a job they love someday. But in the short term, they just hope to land a job and some even seek to start their own business in 2013. Entrepreneurship defines this generation, as well as resourcefulness to make their dreams reality. You can be sure Millennials won’t give up in 2013 with passion and innovation propelling them forward.

Along with getting a job, making money is another big goal for Millennials in 2013. They don’t want to rely on their parents, as many have had to do in moving back home, and they hope to support themselves. Many mentioned that they want to get their own place or buy a car, which are symbols of independence and adulthood. Overall, they want to accept more responsibility in 2013 and earn an income.

Education is another focus of theirs for the coming year with many Millennials mentioning that getting good grades, raising their GPA, and graduating are all priorities of theirs for 2013. This suggests that while getting a degree may not directly lead to a job, they still value education and want to do their best. They know that working hard will benefit them in the long run and they look forward to a new semester where they can achieve academic success.

Additionally, losing weight, being fit, and eating healthy were common responses, highlighting a trend we’re seeing where Millennials are placing importance on a healthy lifestyle. They’re interested in experimenting with cooking, trying healthy dishes, and sharing recipes. Moreover, they like local and organic food, and we expect them to put more emphasis on nutrition in the coming year. This trend comes as no surprise, especially since schools have adopted nutrious offerings and more healthy resources are available than ever before. Millennials also are embracing social and unique ways to exercise, which shows how they’re making fitness meet their needs.

But Millennials also want to have a good time in the coming year! Nine in 10 said they want to live in the now more in 2013, and as always, they want to have fun with their friends. They know that they’ll always face stressful situations, but they also want to have memorable experiences. You can expect their fun-loving and adventurous attitude to continue in 2013, but as they get older, they’re ready for more responsibilities.