Why Your Brand Needs A Soft Side 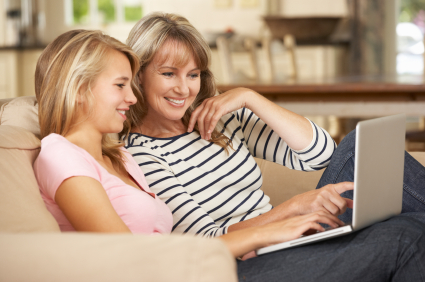 Ask most Millennials how often they communicate with their parents and they’ll likely say once or twice a day, if not more. Thanks to technology, Gen Y can call, text, tweet, Skype, or converse with their parents on a multitude of mediums at any moment, and they’re eager to do so. This ability to speak with their ’rents at any point, turn to them for advice, or constantly catch up is perhaps why Millennials have such a strong relationship with their parents and consider them among their closest friends. This reflects a major shift where Gen Y views their Mom and Dad more like “peerents” as opposed to parents and it’s changing not only family dynamics, but also culture today.

Gone are the days when parents were the sole decision makers in a household. Kids today have a much larger voice, as well as spending power, and are seen as equals in the family. Their opinion matters to their parents from what computer or car to purchase to where they should go on vacation. Millennials have grown up with their parents wanting their input and praising them as special, so it’s no wonder that they’ve formed a strong bond with their parents who seek to be highly involved in their lives and who want to help them towards the best possible future.

This closeness and comfort between Millennials and their parents also explains why so many young adults are moving back home and are living there longer. They feel happy at home and long to grow up later. It’s not necessarily embarrassing for a 20-something to live at home today. In fact, it just might be strategic in this economy. And we’re also seeing a trend wherein Millennials are settling down and starting a family of their own later than previous generations, so their parents and siblings, as well as friends, continue to be their main support system through their early and mid-20s. These relationships are set in motion by a uniquely close upbringing, and are fueled by technology.

We imagine a continued closeness among youth and their parents, which we’re already seeing among parents and very young kids. As the New York Times pointed out, “buddy” has become the most common nickname that parents choose for their children, replacing phrases used by previous generations like “champ,” “sport,” or more authoritative expressions such as “now, son.” The generation gap is shrinking as parents and kids become pals, and we expect it to even more as Millennials have kids who they treat as their “buddies,” too.