“Little Things” Marketers Can Learn From 1D World: The One Direction Pop-Up Store 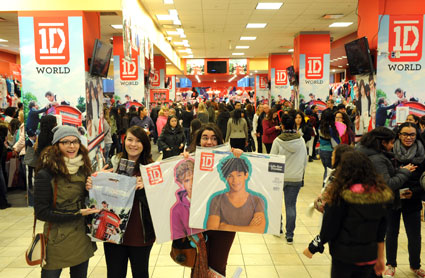 Want to reach tween and teen girls? Seeking to enhance your retail environment to better engage Millennial shoppers? Take a cue from 1D World, the One Direction pop-up shop that opened in New York City several weeks ago. Fans across the country have been buzzing about the store and the chance to be immersed in the world of 1D — literally! The store succeeds not only because it sells all things any Directioner would dream of, but because it creates an experience for consumers. Youth seek this when shopping because they want to socialize and be entertained in a store. If a store achieves this — which 1D World certainly does — Millennials will regard it as a cool place to hang out and they’ll encourage their friends to as well.

From the moment one enters 1D World, appropriately placed next to Madison Square Garden, it’s clear that it’s a party! Music is blasting, as expected given the purpose of the store, and shoppers feel like they’re part of a special space where all Directioners can share their love of the band. The name of the store even draws them in further; it’s not called 1D Holiday Shop or 1D Pop-Up Store. Instead, it evokes how the culture of being a Directioner is its own special world or club.

While this particular store is unique, it provides an example of how retailers can reach Millennials. Music is essential to young adults (67% say they’d feel lost without it according to our Entertainment Lifeline Report), so by setting up the right atmosphere or letting fans choose the sounds, stores can immediately capture their attention and keep them inside longer. Moreover, the name of a section can impact how a store is perceived. A junior’s department may not be a cool place to hang out or shop, but an area called a lounge may have more appeal. 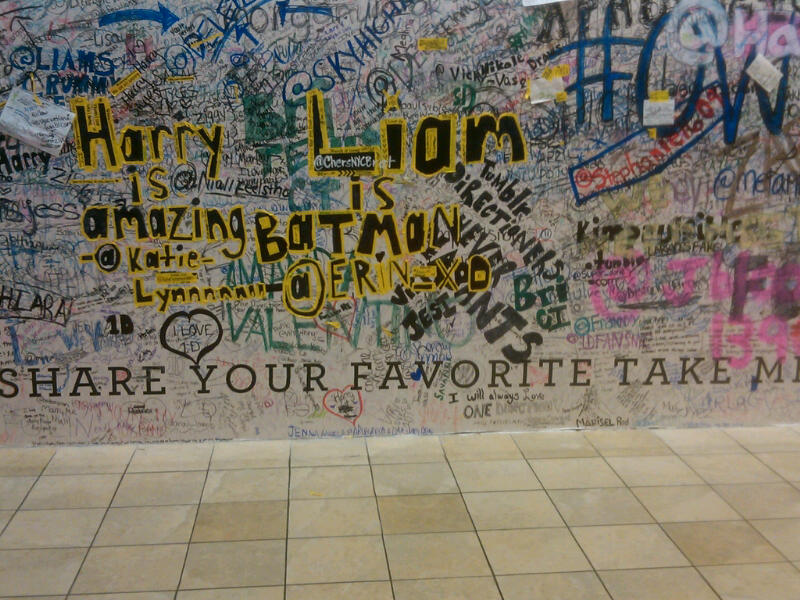 Beyond the basics, the walls of the pop-up shop are plastered with One Directions’ picture, their new album cover, and places for fans to scribble their adoration for the band. A once blank wall has a note on it, requesting for fans to write their favorite lyrics from One Direction’s new album, “Take Me Home.” The store taps into the spirit of sharing and invites fans to be part of it, leaving their mark on the walls and thus celebrating consumers as a key part of 1D World. Doodling is not only an activity that fans can take part in when visiting the store, but their collective writing has become a piece of fan art that can be shared across social media. This further produces buzz for the store and makes fans feel like they’re involved in a unique event or activity.

In other areas of the store, fans are invited to draw on posters of the band, and inevitably hearts, initials, and their names cover every inch. Expressing their love is something that fans do ordinarily via Twitter, fan fiction, and at in-person events, so this component of the store taps into their existing habits. While most permanent stores wouldn’t want shoppers to write everywhere, this type of interaction engages consumers and provides an activity. Retailers could adopt a similar approach to reach young shoppers by letting them be part of a special art installation project, using a specific hashtag, and combining shopping with entertainment. By giving fans a reason to be excited about your store and providing them with activities, they’ll feel a stronger connection to your brand. 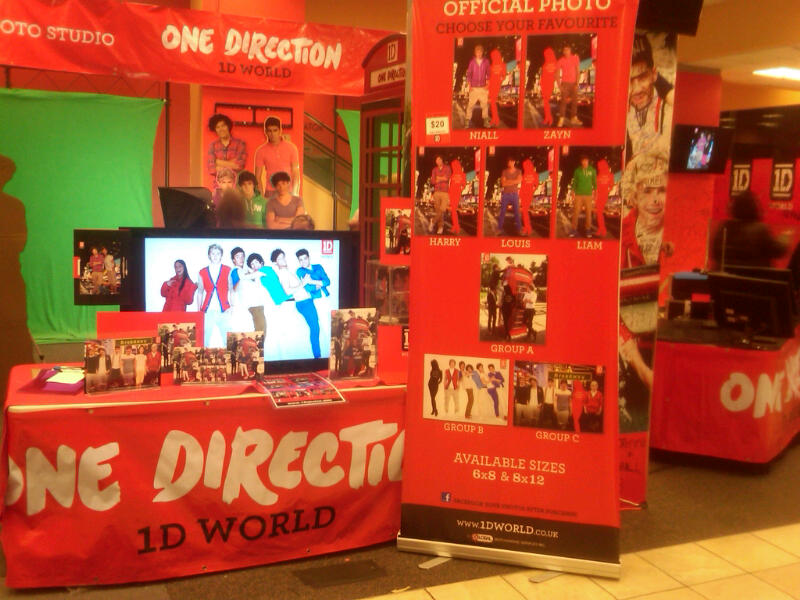 Moreover, merchandise at 1D World is displayed behind counters all along the store, similar to the set-up at an actual concert venue. This adds to the excitement and atmosphere, where fans feel like they’re at the closest thing to a One Direction concert. But the stores’ biggest appeal, besides the paraphernalia of course, is that there’s so much to photograph. Countless girls made comments indicating this when they entered the store such as, “We’re going to have to take so many pictures here” or “I can’t wait to Instagram everything!” Besides photographing their writings on the walls, fans can take pictures with giant cardboard cutouts of the band, which are available for sale. A London phone booth is placed inside the store, much like the one on the band’s album cover. And there’s a station where fans can stand in front of a green screen to have their picture photoshopped in different locations with the band. The outside of the store is even covered with giant posters of each band member and the 1D logo, which contributes to the vibe that it’s a must-visit destination and an event experience. Retailers should take note of these features and provide an atmosphere that’s fun, where fans want to snap pictures, stay, and share them on social media.

There’s also a booth in the store where fans can do One Direction karaoke, further creating an experience and proving how 1D World is more than a store, but an attraction. We expect to see more stores adopt offerings such as this, especially since some already let customers create their own music videos or try on clothes via a virtual dressing room.

But most of all, the store succeeds in reaching this audience because it celebrates youth, letting shoppers “live while they’re young” and have fun with their friends.