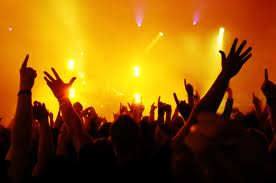 Today’s post comes from Skyanne, a Youth Advisory Board member and avid YA reader. She recently read “Tilt” by Ellen Hopkins, about three teens who all are involved in complicated romances that change their lives forever and cause their worlds to tilt. Skyanne praises the book for providing an emotional and real look at serious subjects. She explains how it’s a story that all teens can relate to and fans of Hopkins’ previous works in particular will enjoy.

“Tilt” is told from the perspective of three different characters, each with their own unique story, who are somehow all connected through interactions and relationships with the adults in their life. Due to this, it takes a few chapters for the reader to completely begin to understand not only each characters’ story, but also the relationships that connect everyone. However, as “Tilt,” like all of Ellen Hopkins’ novels, is written in verse, these chapters fly by and it does not take long for the story to develop into something that is truly intriguing.

“Tilt” follows three characters, ranging in age from 14 to 18, who are all dealing with the side effects of love. Mikayla is almost 18, almost an adult, and in the perfect relationship with Dylan, the perfect boyfriend. They’re the dream couple everyone wants to be and their future together is all but set in stone. That is, until Mikayla becomes pregnant the summer before they begin their senior year. There’s no doubt that Dylan is the father, but what happens if they can’t agree what to do with the baby?

Shane is 16 and falling in love — fast and hard — with his first boyfriend, Alex. Shane is used to keeping people on the outside, afraid to live while he watches his sister get one step closer to her impending death each day. But Alex is different — he represents someone that Shane has never been and something he’s never had. Nothing is ever as it first seems, though, and Alex is keeping some secrets that could destroy everything Shane is trying to work towards.

Finally, there’s Harley — 14 and, like most young teenagers, trying to find her place in the world. She’s lived her life as the stereotypical good girl and, in various attempts to find herself and fit in, crosses lines that could change her life forever.

In all honesty, it took a while to become fully interested in “Tilt,” though I think this was mainly due to the alternating points of view. I felt that it was necessary to read a few chapters from each characters’ viewpoint before I could fully understand what was going on and even then I was flipping back through pages, trying to remember who was who and how they were connected. That said, about halfway through, it became essential for me to find out what happened to these characters. I had a particular soft spot for Shane and always found the chapters from his view to be the most exciting and intriguing, though by the end of the novel, I felt connected to the rest of the characters as well.

“Tilt,” like all of Hopkins’ previous novels, is a gritty and emotional novel that isn’t afraid to show the reality of being a teenager. There is no sugar-coating when it comes to issues like STDs, abortion, and death. For this reason alone, it can be considered a must-read for all teenagers. While the beginning is on the confusing side, the middle and end easily makes up for it. With the three characters and their distinct stories, every teenager will find themselves able to relate to at least one of the characters and I suspect that even older readers will connect with the characters too. Overall, “Tilt” is a great read for older teenagers and a must-read for fans of Hopkins’ previous novels.

Skyanne was the girl skipping school in fourth grade to stay home and write. She loves traveling more than anything else and has goals to visit every continent in the world and every country in Latin America and now, after graduating high school, she is taking a year off to travel. Her second passion is volunteering and she hopes to spend time in developing countries, particularly places like Ghana and Cambodia, to work with children. Skyanne hopes to attend UC San Diego to major in Political Science and International Relations. She is obsessed with “Vampire Diaries” and never passes up a chance to fangirl over Ian Somerhalder. She can be found on Twitter @skyvsworld and on her travel blog, Sky vs World.