Unlocking The Power Of “Belieber” Marketing 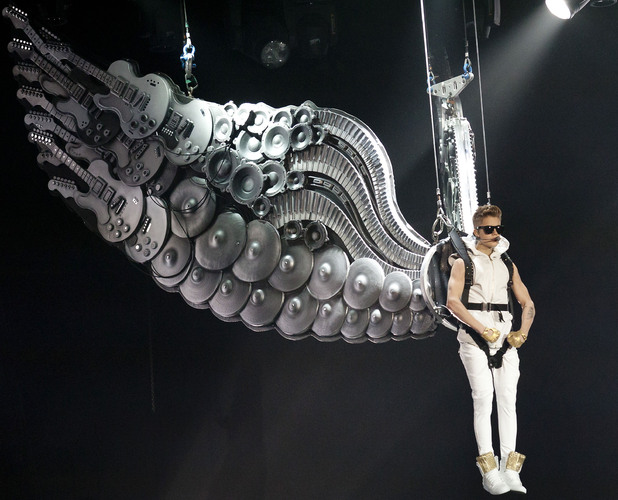 Whether you’re a Belieber or not, there’s no denying that Justin Bieber has long been a teen phenomenon and is a model in the marketing world as well. He’s built an army of loyal fans from social media, paved the way for other artists to do the same, and remains a powerhouse performer and teen idol. We attended his concert at Madison Square Garden last night, where it became eminently clear why he’s still a favorite among tweens, teens, and twentysomethings; he continuously celebrates fans for being a part of his journey and for believing in him. This authentic attitude and his enormous appreciation for his fans is something that marketers across all industries can learn from and adopt.

Fans have always been a huge part of Bieber’s success from making his YouTube videos go viral to showing up at events to support him. Throughout the concert last night, he kept thanking his fans for all that they’ve done and even took time to express this in video form. Various clips of him circa his childhood YouTube days were shown on screen and Bieber noted how his fans helped discover and launch him to stardom. As a result, fans feel a strong attachment to him since they knew of him before he was famous, and in essence, were invited in to the process of making him a star. Brands can take note of this by inviting their consumers/fans in early as well, and letting them give their input in the creation of a product.

Bieber also went into detail discussing how fans have always been there for him, and he thanked them for everything they’ve done, no matter how big or small. They’ve tweeted about him and retweeted his links, bought his albums, merchandise and movie tickets, attended his concerts, made shirts, signs, and more. Many of the actions he mentioned related to fans sharing their love on social media or via word of mouth, activities they would likely do anyway, but Bieber recognizes how important these behaviors are to his success and wants fans to know how much they matter. This same strategy can be applied to brands, who should thank and reward their fans and followers, so that they’ll want to keep coming back.

During the concert, a video also played of every major accomplishment Bieber has had in recent years from winning countless awards to reaching the top of the charts. Fans were there for all of these events, and in most cases, were responsible for them. The concert was as much a show as it was a tribute to his fans for being so supportive over the years. One Millennial attendee even commented that she’d never been to a concert where an artist took so much time to thank his fans and make them feel as special as Bieber did. This speaks to the increasingly close relationship between fans and artists today. Fans don’t just want to attend a concert to hear their favorite songs live; they want to get more insight into one of their favorite stars. Bieber provided this by introducing fans to each member of his team (many of whom loyal Beliebers know of already since they seek out this information) and by creating a communal experience. He kept making references to his past tour, thanking fans for allowing him to continue to grow and reach one of his proudest accomplishments of selling out Madison Square Garden again. Many fans are familiar with his previous tour thanks to his movie “Never Say Never” and even if they hadn’t seen him live before, they felt a bond knowing what his previous tour was like from the film compared to his current one. 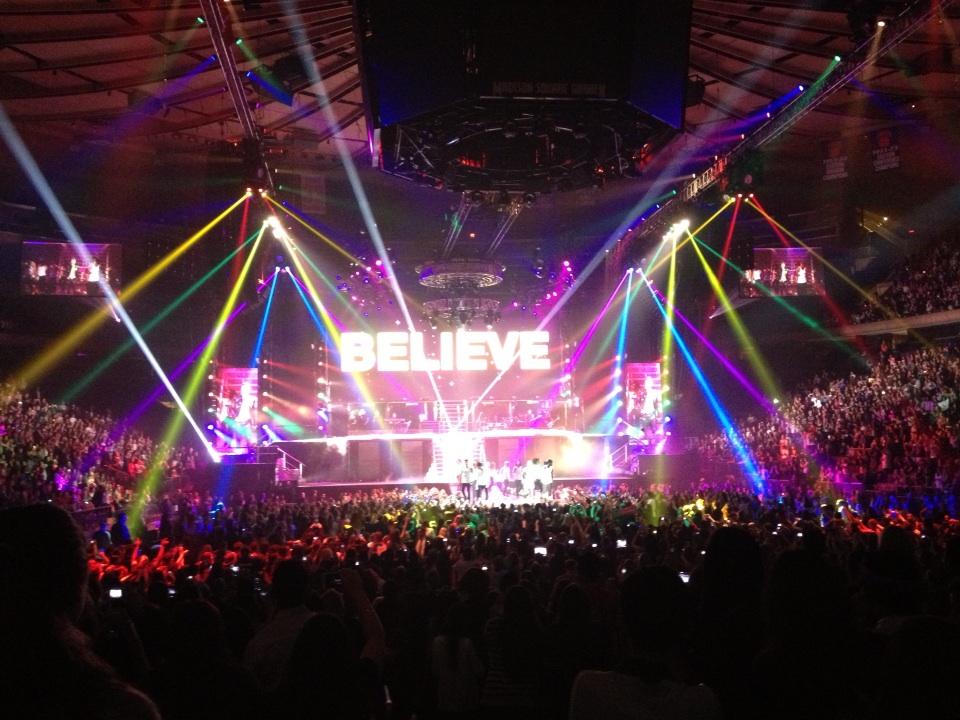 Moreover, in exchange for the endless loyalty from his fans, Bieber has constantly given fans messages of support. Never say never, which was aptly the name of his last tour, refers to him beating all odds and making a name for himself in the industry via YouTube and because of his fans. He wants fans to realize that just because things seem out of reach doesn’t mean they’re impossible. Additionally, his latest tour and album is called Believe, which evokes the essence of Bieber and a very Millennial mindset of being optimistic. He told his fans during the concert that in addition to them always believing in him, he wants them to believe in themselves. They should feel confident that they can pursue any path they wish and through hard work they can make anything happen. Both of these messages help forge an emotional connection with fans, which keeps them engaged. Brands can learn a lot from this by making their story or values clear, so consumers will feel an attachment towards them too.

Finally, as Bieber enters into the next stage of his career, he makes a point not to forget his fans and his roots. He incorporated elements of his past into the concert, as mentioned above, and continued his tradition of inviting a fan— “one less lonley girl” — on stage for him to sing to her during this song. This again shows how much of his marketing is about making his fans feel special. He also finds a balance in reaching his young fans with charm and songs about love, but also has swag and sophistication to appeal to older fans. It was clear at his concert that he seeks to be the next Michael Jackson, with his style, sounds, and stage presence. However, he wants to bring fans along with him for the next part of his journey, and for them to not forget how they first believed in him when he was just a young kid on YouTube.