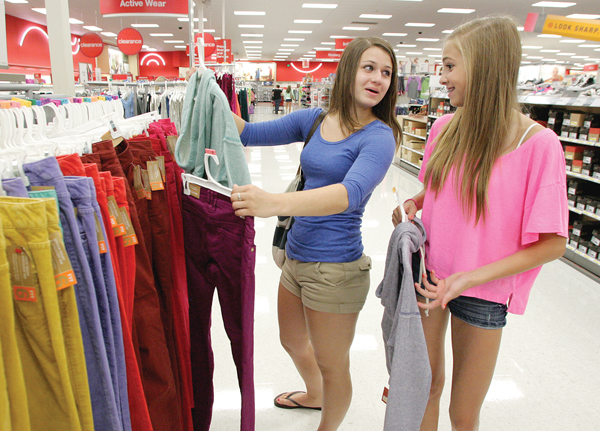 Stores are already stocking up for the holiday shopping season, but before moving on to the next event on marketers’ minds, we decided to examine the back-to-school shopping season as a whole. We surveyed 402 Millennials as part of a post-BTS analysis, and gained insights about their purchasing habits, shopping influences, and some of the biggest trends they’ve noticed at school.

First, it’s important to know that Millennials are independent when it comes to shopping for BTS clothes, and they’re making most of the decisions about what to buy. Even those who went shopping with parents or other family members still made most of the decisions since they’re the ones wearing the clothes. On average, Millennials said 58% of their BTS shopping was done by themselves whereas a quarter of it was with family members and 17% of it was with friends. Moreover, 6 in 10 (61%) said they made all the BTS clothing shopping decisions and a quarter made most of the decisions. Overall, nearly half said they were personally responsible for all of their shopping, whereas 22% said they did most of it. This proves just how essential it is to reach Millennials directly since they’re deciding what stores to go to and what to buy.

In terms of timing, Millennials are hitting the stores later and later each year. While BTS inventory is out earlier and stores are attempting to lure in consumers with coupons and deals in the beginning of July, most Millennials aren’t focused on BTS shopping until August. Half said they began shopping for their BTS wardrobe at the same time as last year, yet 3 in 10 (28%) started shopping later this year. Those who shopped at the same time as last year reported that it’s convenient and August is the core part of the BTS shopping season. Others added that they wanted to get most of their items right before school starts, they didn’t have time to go shopping earlier, and there are many sales right before school begins, so they wanted to take advantage of them.

Those who shopped later than last year, likely at the very end of August into early to mid-September, said it was because they didn’t have time or money to do so beforehand, they didn’t need as much as last year, or they were waiting for prices to drop as much as possible. Overall, Millennials aren’t in a rush to finish their BTS shopping early; many want most of it done before school starts, but they’re more than happy to wait for the best deals. Another big advantage of waiting is getting to see what’s popular in the hallways.

Speaking of which, friends were the biggest influence on BTS shopping this year with 45% of Millennials saying they turned to their pals for ideas. Store websites are of course important too with 42% consulting them, and magazines are still very much relevant to Millennials with 28% using them for BTS inspiration.

So what styles are on trend this year? Millennials told us what looks are most popular at school and it’s no surprise that their hallways are filled with colored pants, boots, lace tops, and sheer shirts. Skinny jeans and leggings are of course still popular, and retro styles including flannel shirts are everywhere. Many were excited about all of these trends, particularly ones that are a throwback to earlier decades with a modern touch. Others mentioned even more fashion-forward trends such as peplum, peter pan collars, and the fall “it” color, oxblood.

Overall, a plurality (39%) said they spent less than last year on back-to-school clothing, yet a close percentage (37%) said they spent about the same. Many mentioned they were conscious of their budgets this year, but they were still able to get what they need and reflect their personal style.