A Rise In Book Buying Among Gen Y, But There’s Still A Challenge To Capture Their Attention 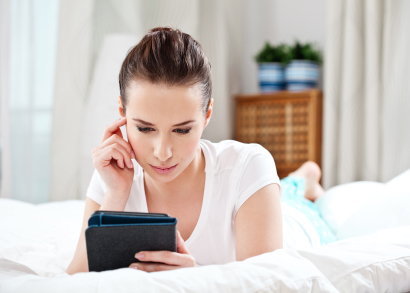 We were excited when we recently learned that Gen Y spent the most money on books in 2011, surpassing boomers according to the 2012 U.S. Book Consumer Demographics and Buying Behaviors Annual Review. Millennials are often criticized for not caring about reading and preferring to watch content instead. While there’s some truth to this, Millennials are certainly reading if they’re buying books, and their behavior — both in how they purchase and read books — is shaping the publishing industry.

Fully 40% of the books that Millennials purchased in 2011 were online, reflecting the rise of ecommerce. This can be attributed to a change in times, but also Millennials’ preference for convenience and their affinity for online shopping, which can be seen in all industries from apparel and electronics to groceries and books. Amazon is a go-to destination for this generation and its prices often make it preferred over physical bookstores for many Millennials. Moreover, eReading is becoming increasingly accessible as lower priced tablets hit the market and some eReading apps are even free. Millennials and older generations alike are demanding changes in how they can buy and access books, and the market is responding positively to their requests.

However, despite Gen Y’s increased budget on books and their desire for reading to better accommodate their busy lives, progress still needs to be made to boost their overall interest in reading. Summer slide, where the average student loses a month’s worth of learning acquired from the previous year, is still very much a problem. According to our recent Pulse survey among 290 13-30-year-olds, 36% of Gen Y read three or more books this summer including 15% who read six or more books, yet most (64%) read two books or less this summer with 3 in 10 saying they didn’t read any books. They may be spending the most money on books, perhaps somewhat because of their desire to keep up with what’s culturally relevant, yet when given free time to read for pleasure outside the school year, they’re not very interested in reading.

Further, males are known to be less interested in reading than females. According to the OECD’s Programme for International Student Assessment (PISA) 2009 survey, girls in all 65 countries surveyed have significantly higher average reading scores at age 15 than boys. That’s not to say boys are poor readers, but studies reveal that they’re less interested in reading than females and this attitude develops at a young age. Additionally, fully 4 in 10 Millennial males say they didn’t read any books at all this summer compared to 22% of females. These findings further reveal that there’s a gender gap in reading and while Gen Y may have bought the most books in 2011, publishers still face the challenge of capturing young people’s attention amidst a sea of technology.

Unfortunately, an attitude to not view reading as cool also exists among some young students despite the shift to digital devices. A male teen from Brooklyn, NY explains that he was teased for reading for fun. His peers didn’t understand why he would want to read and he found himself having to argue about why he liked it, as well as dumb himself down in order to be popular. Being a bookworm isn’t always cool, and as this student sadly describes, many of his peers have no interest in picking up a book. Reading for pleasure has dropped among young people in recent years, and in turn, SAT reading scores for the class of 2012 are the lowest in four decades. This comes back to Gen Y not necessarily wanting to read when they have a choice because there’s other technology that they can turn to.

We’re making gains if Millennials overall are dishing out the most money on books, but we wouldn’t quite say they’re the most book-loving generation. There’s still room to grow in order for reading to compete with the multitude of other mediums that are present in Milllennials’ lives and for Gen Y to truly be the most engaged in reading.