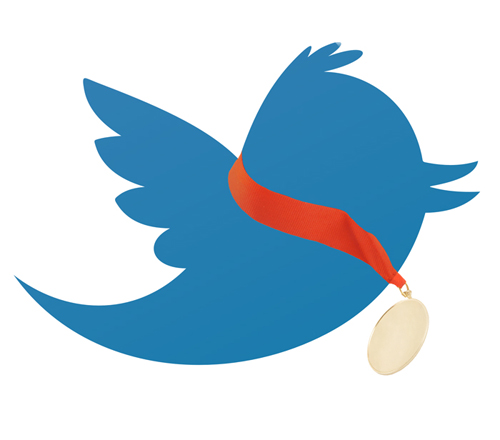 Today’s post comes from Matt, a YAB member who believes that NBC’s coverage of the Olympics has been biased towards certain countries, athletes, and events. He comments on the overexposure America receives and the lack of fair coverage for some athletes — pointing to the excessive attention given to Michael Phelps, but the lack of coverage for Rebecca Soni’s accomplishments. Matt, like many other forward thinkers of his generation, turns to Twitter for more representative coverage of the Olympics and quick updates on the events in real time. He points out how Twitter has been his go-to source during the Games for providing unbiased information about all countries, sports, and athletes.

Americans are viewing the 2012 Olympics in London on a tape delay because of the time difference across the pond, meaning that the average “9-to-5er” is at the mercy of primetime television broadcast when trying to catch a glimpse of the Games.

However, in my opinion, broadcasters seem to feel that what viewers wish to see is the same thing every time they tune in to the Olympics. From Michael Phelps’ last hurrah to the unrelenting supremacy of Misty-May Treanor and Kerri Walsh Jennings, to the U.S women’s gymnastics team’s triumph, NBC’s coverage of the Olympics has pummeled viewers with the same unrelenting storylines night in and night out.

Even on the night when Gabby Douglas — an emerging storyline in her own right as a result of her gymnastics accomplishments and heartwarming smile — earned a surprising gold medal in the women’s all-around competition, television reporters still gave more mention to swimmers Phelps and Ryan Lochte, America’s two biggest male stars in the sport.

Television coverage hardly gives mention to certain sports, athletes, and even certain countries (South Korea has earned 16 medals and has yet to be mentioned once during primetime hours). This biased coverage is hardly a representation of what the Olympic competitions are really about. The Olympics are about athletes coming together from every corner of the world to display their strength and athleticism and compete together with one goal in mind — the goal of excellence.

But there’s a method to NBC’s madness and they shouldn’t be blamed for heavily marketing America’s biggest Olympic stars.  After all, stars sell and produce the most viewers, even if those same stars are shamelessly plugged for four hours every night.

If anything, NBC’s coverage of the Olympics shows that marketing bell cows like Phelps and Franklin are hard to come by and when given access to such gold mines, networks will milk them for all they’ve got.

As London 2012 — which has been called the first “Social Media” Olympiad —  comes to an end, I’ve found that the shortcomings of the television coverage have been largely overcome by the global availability of constant information that comes via new media.

Throughout the Olympics, Facebook and Twitter have been flooded with status updates supporting hometown athletes and tweets punctuated with #London2012 or #Olympics. So despite television’s disappointing coverage  thus far, Twitter has been my place to go for unbiased, complete coverage of the Games.

Television broadcasts focus primarily on American triumphs and sporting celebrities until its final portion, and less heralded sports are given airtime at the time when the least number of eyes are still fixated on the screen. But on Twitter, the attention never deviates from what is occurring in the moment and the intriguing storyline of the entire Games, regardless of the country or sport involved.

Another advantage Twitter provides over television is that one is not required to sit in front of the television all day, as much as they would probably love to, to get full coverage and up to the minute news on all events and every country and athlete involved.

Receiving a complete unbiased report is important to me and while I support the Americans in almost every competition in which they are involved, I also find myself interested in more than just the storylines we hear about the U.S. Sometimes I feel as if I’m being roped into the storylines NBC wants me to follow, as if I’ve been indoctrinated into an exclusive sports media bubble.

But Twitter allows me to step outside that bubble. A hotspot for immediate global news, Twitter is perfect for rapid-fire events like the Olympics, where viewers can’t possibly keep up with every simultaneous event.

I know I’m not alone in my dependence on Twitter for Olympic news, because Twitter lets me view humorous, opinionated tidbits sandwiched between see hard news reports from all over the globe.

It’s safe to say #London2012 has been my lifeline since the Games began. 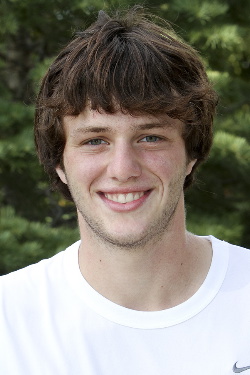 Matt has finally ventured into his first year of post-graduate life, which he will be spending in the greater Boston area teaching tennis and literacy to children in Boston public schools. His four years at Hobart College taught him that we can be certain of nothing other than the fact that we exist, and to cherish any day in which the weather tops 40 degrees. A sports fanatic, he loves to share his opinions about anything and everything media related, particularly the influence the media has on public opinion.