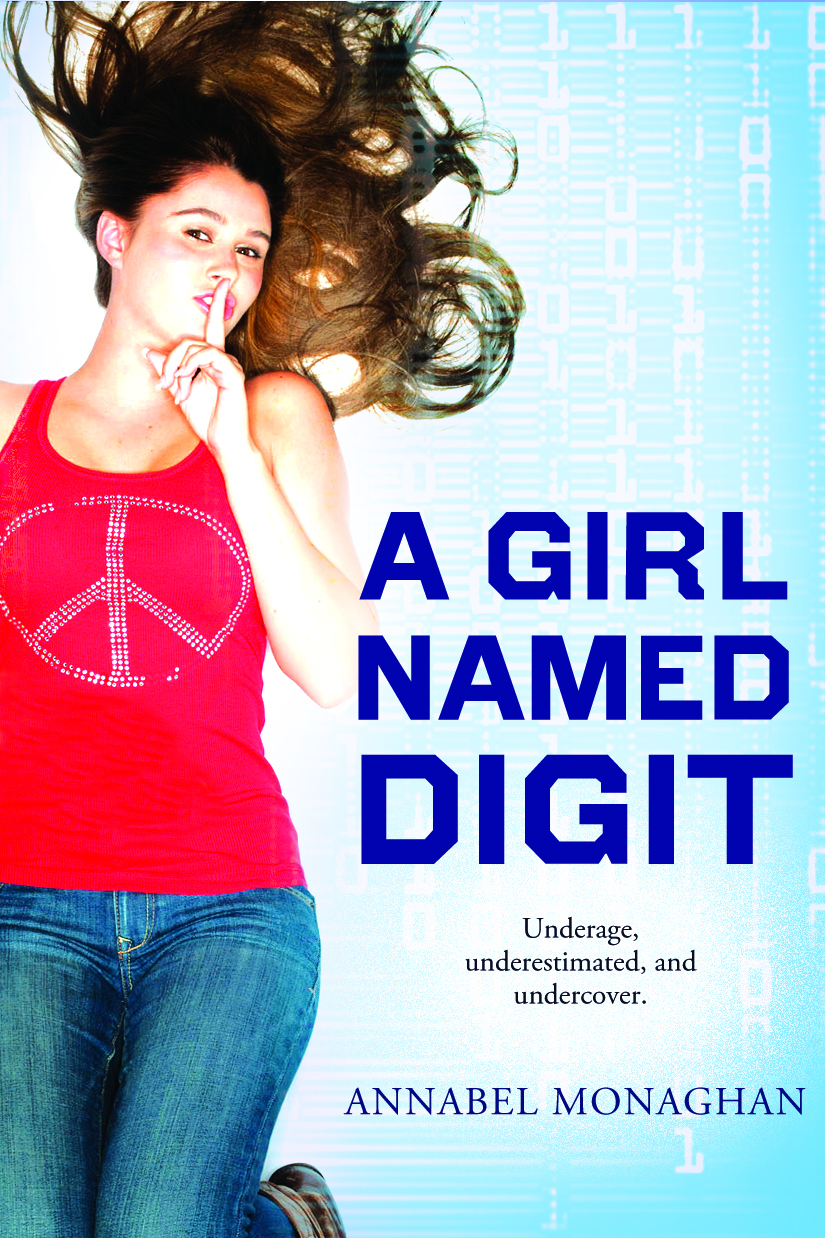 Today’s post comes to us from Jordan Orris, a YAB member who recently read “A Girl Named Digit” by Annabel Monaghan. In this YA novel, Farrah, the daughter of a UCLA math professor, wants to have a carefree senior year, but she unknowingly cracks a terrorist group’s number sequence, which leads her to personally investige the case while on the run from terrorists. Meanwhile, she fakes her own kidnapping and develops feelings for her hot FBI agent. Jordan explains below that the book is refreshing — it’s a chick lit with math smarts and has vivd imagery which would make it perfect as a movie.

I give “A Girl Named Digit” by debut novelist Annabel Monaghan 5 stars and I think Disney, Nickelodeon, or some other major studio should buy the movie rights to this novel ASAP! It just read more like a screenplay than a book and I could easily cast roles for the movie in my mind…

The novel, originally titled “Digit,” follows the story of Farrah “Digit” Higgins, a math brainiac who tries to ditch her “geekiness” (and uncanny mathematical capabilities) in order to fit in at school. Then Farrah/”Digit” manages to crack a huge cyberterrorism code and is suddenly on the run with John, her assigned FBI agent. It was uncanny for me to have the math terms pop up in the novel and to include all of Digit’s encoding abilities was a huge plus. I saw a lot of myself in her, which is always a good thing for a protagonist in a YA chick lit novel.

The only bad thing about the book was that there wasn’t enough character development in some of the subplots in order to make for a 200+ page book that a teenage girl 15+ would pick off the shelves. It’s also tricky because I thought there were some mature themes for a “tween” novel. The novel contains some intimate scenes as Farrah becomes closer with John (her security FBI  agent). I don’t want to spoil too much here, but some of the scenes get a little steamy for a 11 or 12 year old to read. The novel is sure to be a smash, so long as the “ages 12 and up” market is informed of its genius. Literally.

The novel came out last month and should be a good summer read for “geeks” (like myself) who would rather read a book by the pool than swim in it. As to an adaptation of the book, I thought it read like a screenplay because it was very descriptive in the action scenes and was very plot-driven. Books with too much character development and introspection that become movies often have difficulty translating to film, but this book has a great combination of both. The fast-paced plot would make for a great movie because there isn’t too much focus on building a backstory for the characters. And I could totally see Chloe Grace Moretz or Elle Fanning playing Farrah with Taylor Lautner or maybe Joe Jonas playing John.

Jordan, 18, is an aspiring political writer, blogger, and analyst. She is a senior in high school, and has been published in The Las Vegas Sun. Jordan’s most significant accomplishment was serving as a United States Senate Page for Senate Majority Leader Harry Reid in the Summer of 2010. She served the State of Nevada as Miss Nevada’s Outstanding Teen in 2009, making state-wide appearances to gubernatorial and mayoral offices, civic organizations, philanthropies, and schools. Her personal platform during her year reign was SERVE: Sacrifice, Empathy, Relationships, Values, and Empowerment, and she has advocated community service programs to members of the Nevada State Legislature. Jordan also founded her school’s first online literary publication, GVoice, which receives hundreds of hits each day, and is a creative outlet for literary expression at her high school..