3D Concert Movies Are A Teenage Dream & A Reward For Fans 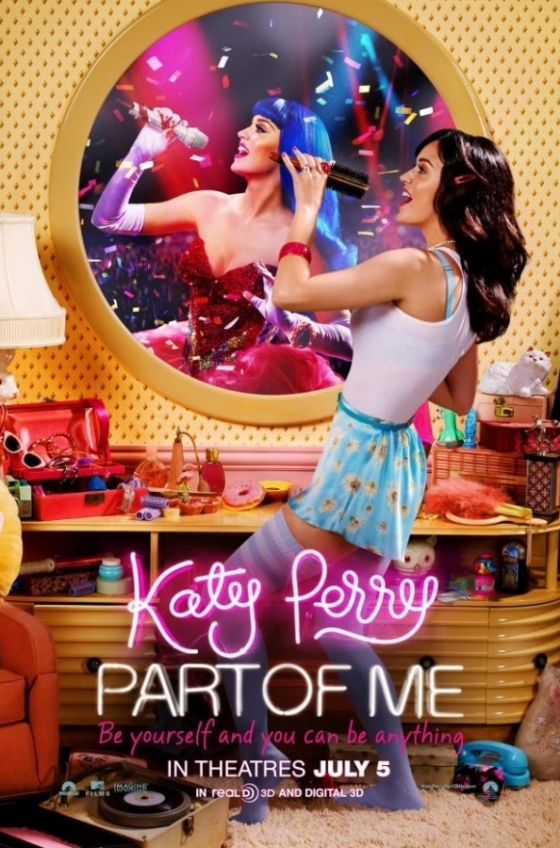 Katy Perry has one. Bieber has one. Even the Jonas Brothers and Hannah Montana/Miley Cyrus have them. 3D concert movies are becoming the norm for young stars as the relationship between artists and fans gets closer. Moreover, as fans show their support for their favorite artists — and even join their tribes — they want to become even more immersed in their favorite artists’ worlds. 3D concert movies enable this closer connection as fans can get a behind the scenes look at artists’ lives, and in turn, become even bigger supporters, or super fans.

We’ve noticed this trend for a while now, but after attending an advanced screening of “Katy Perry: Part of Me 3D,” we realized that concert movies are an important and growing part of the entertainment industry. In fact, this type of interactive shared experience taps into what tweens, teens, and older Millennials enjoy, and capitalizes on the social activity of moviegoing.

Big fans are probably the only ones going to such movies in the first place, but regardless, they build even more buzz for an artist, and provide an accessible way of seeing a musician “in concert” while simultaneously letting fans learn more about an artist. Concert movies also let fans see how instrumental they were in helping an artist achieve success, and reaffirm how much they matter. “Katy Perry: Part of Me 3D” did just that, and exemplifies how this type of entertainment serves as a marketing tool for an artist and a thank you to fans, showing how big a role they’ve had on an artists’ journey.

Katy Perry’s movie resonates with Millennials as it highlights how her passion, hard-work, and of course fans led her to become one of the biggest pop stars today…and the second artist ever to have five songs from the same album hit number one! The movie has a positive message about how being an individual and believing in yourself — being a firework — enables you to overcome obstacles. For Katy, that meant not changing who she is when record labels tried to position her as someone else, and most of all, not giving up when she was dropped from numerous labels. Despite much rejection, Katy stayed true to herself, wasn’t afraid to show her quirky side — which is what makes her appealing to many – and writes honest songs that resonate with those around her. In other words, her movie shows a part of her that fans may not have realized, and lets her fans see how they are a part of her too!

Besides making a fun, interactive film that lets fans feel like they’ve gotten a backstage pass into Katy Perry’s life, the movie utilizes a smart Twitter strategy to reward fans even more. Her followers can buy tickets for advance screenings across the country when using the hashtag #KP3DMovieSneak as a present for being a part of the filmmaking process. And for fans, this type of reward and continued appreciation as expressed in the film goes a long way!