We spoke with executives at Pepsi about what they’ve learned about the urban multicultural Millennial market and how the brand is putting that group at the center of its marketing strategy across the board. For a recent campaign, Pepsi’s Brisk leveraged its multicultural lifestyle insights to tie together special events, social media, music, and the 35th anniversary of “Star Wars,” resulting in a creative campaign that keeps fans interested in the brand and what it will do next.

The first thing we had to ask when learning about Pepsi Brisk’s latest campaign was, “Why Star Wars?” Chris Oates, Brand Manager for Brisk Iced Tea, explained that the brand had learned through its research that sci fi was very popular with the young urban, multicultural audience it was trying to reach. Working within creative guidelines, his team set to “Briskifying” the “Star Wars” story, which included the Brisk Saber gaming app.

Taking a cue from the brand’s Claymation-style ads, the app turned Yoda and Darth Maul into Claymation characters and even incorporated some of the sound effects from the commercials. Players could choose to battle for the light side or dark side. The accompanying “Uncap the App” promotion gave Brisk drinkers under-the-cap codes that they could use to unlock new characters and battle modes in the game, but with a unique twist. A nod to Millennials’ collaborative nature, the codes were banked as a community — fans came together as a group to earn extra access within the game.

The campaign also leveraged the Pepsi Brisk street team, which traveled the country to promote the app and the partnership with “Star Wars.” With a green screen in tow, the street team photographed fans with a light saber and let them choose if they would fight for the light side or dark side (versus Darth Maul or Yoda). Then behind the scenes, an artist “Briskified” the fans, turning them into a Claymation character locked in epic battle. Their photos were emailed to them within a few days, and we weren’t at all surprised to learn that many ended up being posted as profile pics on Facebook, earning the brand wider exposure on social media. By rewarding fans with high quality entertainment and cool takeaways, Brisk gained fans’ allegiance, which they rewarded by spreading the Brisk message further in the social space.

The Brisk brand is highly active on social media, developing strong communities on Instagram, Imgur, and more. With a deep understanding of the culture it sees around its brand — for example, urban multicultural Millennials in LA grabbing a Brisk when they stop at a taco truck for lunch — the Brisk team posts photos showing that it gets its fans, such as a pic of a Brisk next to a taco-truck timed to hit the site at lunch time. To the fan, it feels like they’re insiders to see their actions reflected back from the brand generating a strong connection.

As Oates put it, when marketing to Millennials, it’s important to understand that “you can’t force culture.” But with a deep understanding of their lifestyle, “you can ride the coattail of culture,” which leads to a strong connection with fans.

The same sentiment was reflected by Richie Cruz, Lifestyle Marketing Specialist for Cultural Branding with Pepsi. He and his team were responsible for bringing the “Star Wars” partnership into the 2012 Brisk Bodega campaign, expanding on the success of the previous year’s bodega campaign with Shady Records. Seeing how the bodega fit into Brisk drinkers’ lives as a cultural and community touchstone, the brand set out to create an event that brought fans into a Briskified bodega. It built the experience on three tenets: creativity, collaboration, and community.

Brisk has earned the reputation of being synonymous with the urban music scene, and bringing Just Blaze and other artists into the mix for the 2012 Brisk Bodega was a natural fit. Those artists spread the word about the Brisk Bodega within their creative communities, building the reputation of the event as more artists get involved and attend. Just Blaze is known by his fans as a massive fan of “Star Wars,” which helped maintain a level of authenticity in bringing the film culture into the Brisk Bodega. Three bodega events, held in LA, Austin (at SXSW), and New York, combined music performances, art exhibits, and memorabilia from “Star Wars: Episode 1.”

The events brought in the narrative of “Star Wars: Episode 1” because it was the first Millennial Star Wars movie, the first to hit screens while Millennials were coming of age. The brand didn’t want to disrupt the narrative, but instead elevate it. It brought in artists to reinterpret the story to add to the creative experience around a favorite sci-fi property.

Marketing the events was a little tricky, as Cruz explained, because they didn’t want fans to feel they were missing out on the limited space events. It geo-targeted fans on social media to announce the events only within the three markets where it was hosting Brisk Bodegas, and then shared vignettes from the event with its wider fan base through media partnerships with Complex and Juxtapoz.

Cruz added that in marketing to Millennials, it’s key to remember that they are a fluid segment. “You can’t make assumptions [about their lifestyle] and expect they’ll still be true in six months.” Young, urban multiculturals are always evolving.

Salvador Padron, Senior Manager, Multicultural Insights and Strategy at Pepsi explained how the brand developed such a deep understanding of urban Millennials’ lives through extensive ethnographic research. It is the brand’s mission to understand customers’ culture, right down to the language, the particular turns of phrase they use. It helps the brand develop messaging that “feels organic and guided by the consumer” and not artificial, says Padron.

Knowing the influence young urban Millennials have on culture and seeing how that culture varies regionally, Pepsi has flipped traditional marketing strategy on its head. Rather than beginning a campaign by developing messaging for a general audience and then tweaking that to bring multicultural into the mix, Pepsi begins by creating campaigns that will resonate with its multicultural consumers and then decides which of those should be expanded for a national audience. “At the end of the day, it’s [urban Millennial consumers] that are setting the trends,” explains Padron. Leading with multicultural insights helps the brand stay on the edge of what’s cool with Millennials, and then use that knowledge to infuse its general market campaigns. 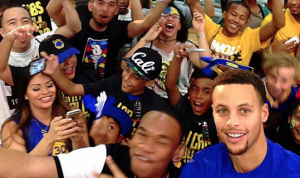