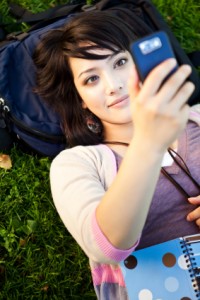 Along with an abundance of research and insights about Millennials, attendees at the conference learned about neuroscience in relation to this age group. As William Greenwald, Director of Performance Coaching and Advisory Practice (PCAP) for Humana Inc. put it, “how do we better understand Millennials if we can’t figure out what they’re thinking?”

To solve this dilemma, Greenwald first explained what neuroscience is: how people connect on an emotional level, how we understand their relations, and the engine that drives them. And during the formative years in which teens figure out their identity, understanding their thoughts and how they connect to others is particularly important.

A major part of understanding Millennials can be explained by the SCARF model (Status, Certainty, Autonomy, Relatedness, and Fairness), where there are five traits that can either serve as a reward or a threat to individuals. First, status is extremely important to teens as their identity is their status. If they are happy with who they are, this can be seen as a reward, but if not, it becomes a threat to their everyday lives. Certainty is also something that concerns them as part of growing up is not knowing what’s in store, especially given the time in which Millennials are graduating. But if they plan ahead and have a path, it becomes a reward rather than a state of threat.

Next is autonomy — the freedom to do something. Millennials are often denied of this as their parents, teachers, and administrators have control over them, but if given more freedom, they view it as a reward and embrace it, rather than feel threatened. Relatedness refers to the collaboration of trust. Millennials tend to have a close circle of friends as they aren’t very trusting of everyone around them. They also face peer pressure given their age, so if they don’t trust someone they view it as a harmful but if they do it’s a reward. Lastly, fairness is hard to come by but people feel rewarded if they see someone else treated fairly, or if they themselves are treated fairly. Yet most of the time, they don’t see or experience fairness and they thus feel threatened.

These five areas are essential in interpreting he Millennial mind, and moreover, in realizing how to market to this age group; focus on rewarding them through these principles.

Greenwald also shared some interesting stats about Millennials’ attitudes and behavior. While most parents are worried about their teens staying out late, they should actually be concerned about after school hours — most teens get pregnant at 4pm when they come home from school.

He also explained that the number one cause of teen fatality is accidents, which is perhaps because experiences are more intense for teenagers. Their emotional center rockets around 10-12 years old, which makes them want to take-risks. However their brain doesn’t fully mature until age 25, so they don’t understand the consequences of these risks during their reckless teen years.

Moreover, the brain acts the same way when you break your leg as it does when you experience peer rejection, which is why being a teen is so tough. Social rejection is also equivalent to smoking two packs of cigarettes a day for teens, and depression is contagious at this age. Adolescent girls struggle with depression twice as much as boys, but girls also communicate on social media much more than boys, which is said to have a positive impact and make them feel connected. A major cause of depression at this age is lack of identity, so being online helps them figure out who they are. Yet the number one factor against adolescent depression is altruism — the ability to give back to others without anything in return.

Stress is also a major issue for Millennials — they’re the most stressed out generation thanks to all the pressure they face. But gaming is proven to help since it releases dopamine through one’s body and makes people excited. Yet Greenwald explains that it has a negative effect in making people feel as though their everyday activities are not as exciting, yet perhaps this is why Millennials like to view life as a game.