Gen Z NA VS WE: What Screens Do They Watch Most 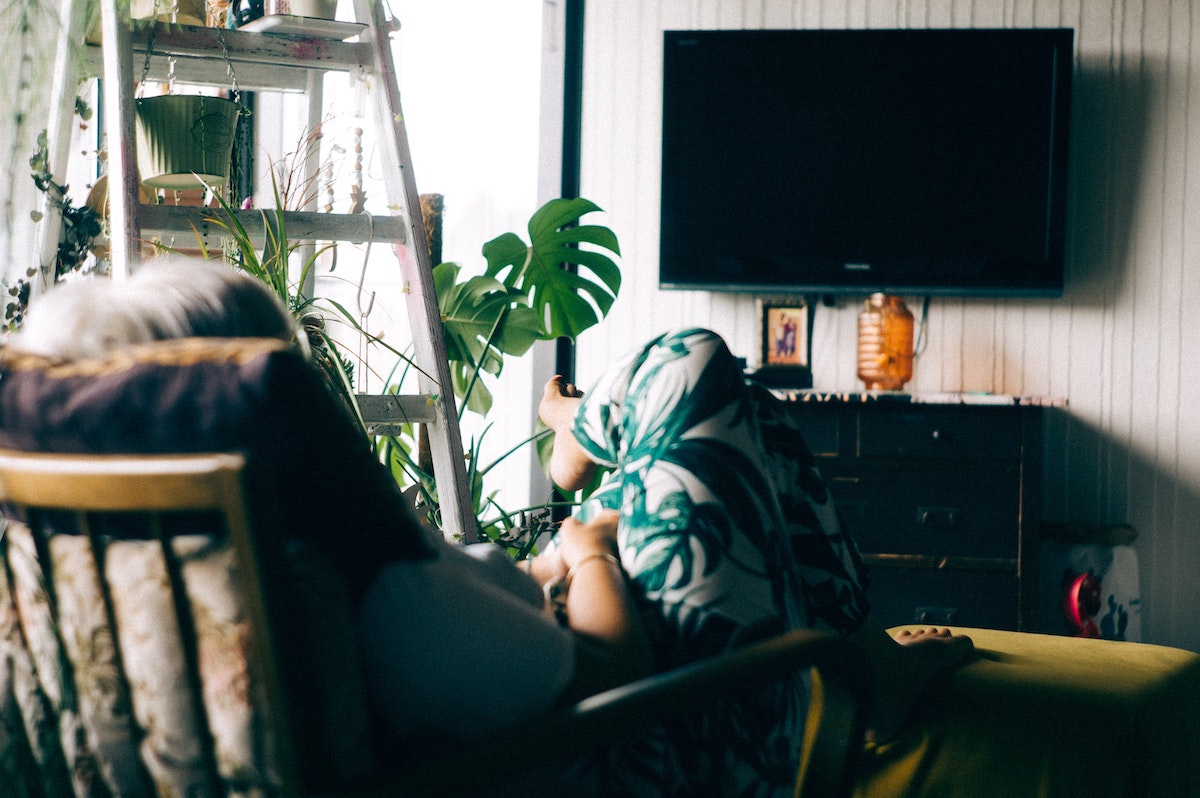 Despite speculations that Gen Z and Millennials would begin to watch less video content post-COVID quarantines, European Gen Z and Millennials consume more video content than ever. YPulse surveys young consumers in North America and in Western Europe multiple times a year to keep tabs on their media consumption habits: the type of video content they watch, the subscription services they pay for, and the platforms they turn to the most. That’s how we know that the young viewers in these two regions are watching a lot of the same content—but also how we know that their media habits aren’t exactly aligned.

In YPulse’s most recent Media Consumption survey, we asked Gen Z what devices they use to watch video content, and found major differences between the screens NA Gen Z and WE Gen Z are spending time viewing regularly: 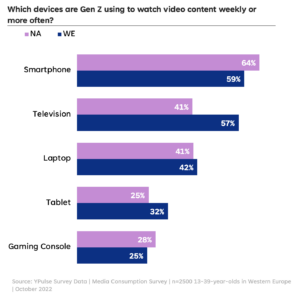 Smartphones are Gen Z’s top-used device for content viewing, in both regions

Smartphones have been an essential part of Gen Z’s lives their whole lives, and this gen uses them for pretty much everything: connecting with friends, online shopping, finding community, and entertainment—just to name a few. When it comes to watching video content, smartphone is the top screen this gen is using regularly, and this is true for both regions. A closer look at the data shows that Gen Z in North America uses their smartphones slightly more than Gen Z in Western Europe, with a +5pts difference.

But brands should not be mistaken: despite these differences, the smartphone is overwhelmingly popular and is the symbol of this generation, who are given their own device as early as 12-years-old. And while our data shows that the smartphone is the device Gen Z turns to the most for viewing content in both regions, Gen Z in Western Europe and North America have a very different use for television.

When asked “Which of the following devices are you using to watch video content weekly or more often?” 57% of European Gen Z chose television, compared to just 41% of Gen Z In North America. This +16pts difference reveals a real contrast in the way Gen Z in these two regions are consuming media.

To understand why Gen Z in Western Europe is a lot more likely to turn to television to watch video content than Gen Z in North America, we need to turn to their entertainment sources: Data from YPulse’s WE TV and Entertainment Report shows that 58% of European Gen Z watch TV shows via cable / satellite / fiber weekly or more often, compared to 39% in North America. Cable is still a norm for Gen in WE, and our Gen Z 101 on this gen in Western Europe also called out that they’re more likely than Gen Z in NA to prefer watching episodes of TV shows weekly instead of binging, and more likely to say they keep up with pop culture events on live TV. Data from WE TV and Entertainment Report shows that 73% of Gen Z in Western Europe agree with the statement “There are some things I still like to watch live on TV,” compared to 59% in NA. European Gen Z still enjoys watching live TV, and it is one of the reasons they still use television.