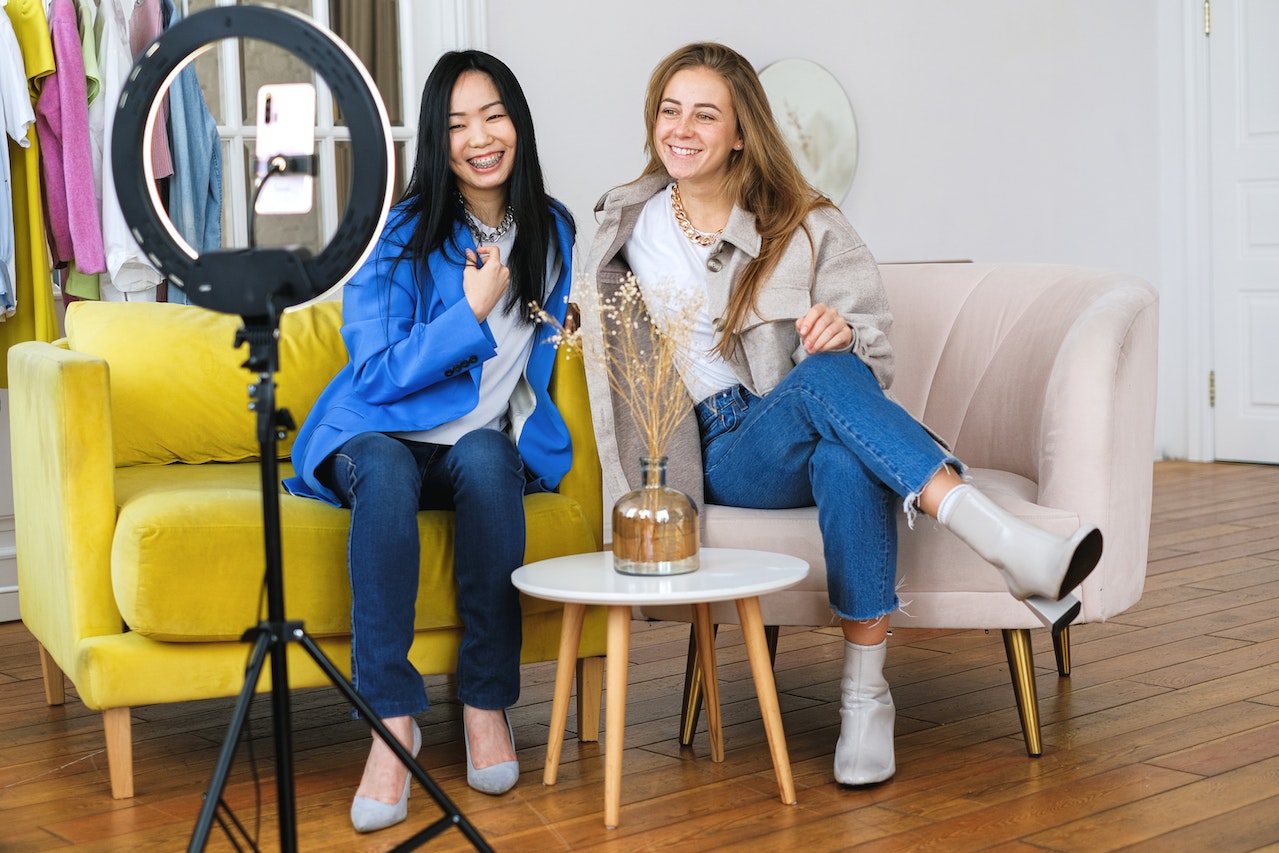 Social media is constantly suggesting new accounts to them, but these are the kinds of celebs and influencers young people are most likely to follow…

Gen Z and Millennials live in the age of the influencer, and effectively, the age of the parasocial relationship. For young people, the idea that they can feel a close bond with their favorite celebrity is a simple truth. Thanks to social media, the celebrities who once felt far above now feel like close friends, and the idea of being a “fan” has shifted. This is especially true of online celebrities and influencers, whose whole brand is their own personality and life, rather than a character or talent—they’re marketing a sense of really knowing them, and it works.

Our Celebrities and Influencers report takes a look into the relationship young people have with celebrities—who they trust, who they want to be like, and importantly, who they’re following. While they may see any number of celebs and influencers, mainstream or not, suggested to them on their feeds, the ones they choose to follow truly have their support. YPulse data shows 65% of 13-39-year-olds follow a TV / movie celebrity, musician, online celebrity, or athletes, and we asked them exactly which kinds of celebrities / online creators / cultural influencers they’re following. From a list of almost 30 types, and these were their top 13 responses: 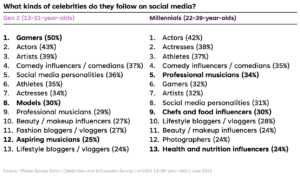 Gamers can now easily create tight-knit communities through social media, and while you may never have heard of many popular gamers, they’re cultural figureheads to much of Gen Z. YouTube’s most subscribed to creator has for years now been PewDiePie, a gaming content creator from Sweden with 111 million subscribers currently. But creators far less followed have massive impact, as YPulse data shows micro- and nano-creators can be just as influential; more than half of Gen Z say that when it comes to which online celebrities they trust, the amount of followers they have doesn’t matter.

This is especially important to know when marketing to the younger gen, because YPulse data shows that they like when brands team up with their favorite influencers, and gaming experiences are now a core way to reach them.

Young people feel intimately connected to the music they listen to, and the artists are as big a part of this connection as the music itself to them. While both gens are following musicians on social media, Millennials are more likely to say they’re following professionals, while Gen Z are following aspiring musicians.

On TikTok, the hashtag #OriginalSong has 3.7 billion views, and has been the homeplace of several musicians’ first viral video that led to their success. You might remember TikToker @jaxwritessongs from our recent creator round-up, whose song “Victoria’s Secret” hit number one on the iTunes charts after going viral on TikTok. Another most recent example of TikTok propelling an aspiring musician into mainstream recognition is Katie Gregson-McLeod, who we first told you about on the viral list, who’s #OriginalSong “Complex” got her signed to Columbia Records (in less than a month). These musicians are more relatable than huge popstars, in that they, like other influencers, tend to share pieces of their lives and personalities with their growing follower bases, not just their music.

But, all kinds of music celebrities connect intimately with young people; when YPulse asked Gen Z and Millennials to choose which type of celebrity they“think of as a friend,” music celebrities were their top choice, just above influencers, and far above TV / movie celebs. YPulse data also shows that musicians are the top place Gen Z look for guidance and support besides family and friends, so it’s no wonder they always want them on their feed.

Millennials are more likely to follow health and food influencers

Millennials, more than Gen Z, love food content on social media (which you’ll be able to read all about in our trend report the End of Foodie Culture (As We Know It)) and two of the top types of celebrities they follow are feeding them that content. Nearly one third of Millennials say they’re following chefs and food influencers, and this content is extremely popular on their favorite app. On TikTok, #Foodie has over 100 billion views, full of casual creators sharing recipes and “food-fluencers” alike.

It’s not just regular food content that Millennials are following, though, as 24% specifically say they follow health and nutrition influencers. Our recent What Is Wellness? trend report shows that young people are getting most of their wellness information on social media now, and Millennials are the most likely to hit follow on those health influencers.

YPulse has tracked the changing definition of fame for some time, and watched as Gen Z and Millen...