The Data on Who Voting Age Young People Say They Support 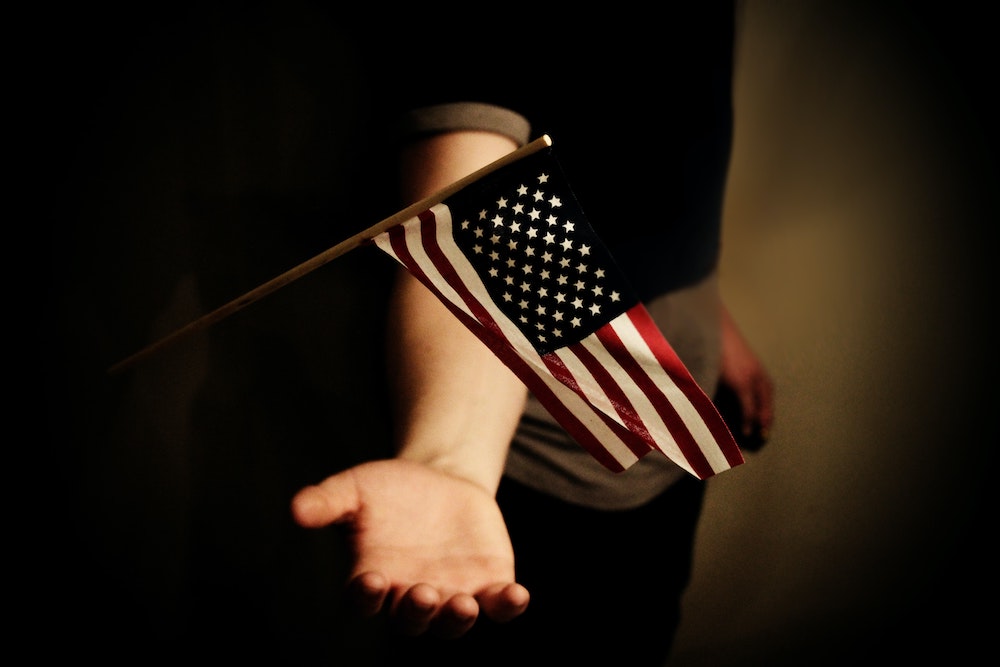 This is who voting age young consumers said they would vote for, in three charts…

Election day is here, and millions of young people have already been showing up at the polls to cast their votes. Young voters could have a massive impact on the election. A poll from non-partisan research center CIRCLE reported that as of October 22nd over three million young people in the U.S. have already cast their ballots for the election, and that two million of those ballots have been cast in states where “the youth vote could very well dictate the outcome of the election.” YPulse’s Not Waiting on the World to Change report found that 83% 18-39-year-olds planned to vote in the election, with 57% reporting that they would “definitely vote.”

YPulse has been tracking young potential voters’ candidate preferences since last year, and through 2020. We’ve opened up our Election 2020 special report to all readers to share some of the insights that we’ve learned about young voters during this tumultuous and historic year—and today we’re sharing our most recent data on who 18-39-year-olds told us they supported. For months, we’ve been asking young people, “If the next Presidential election were held today, who would you vote for?” This question has been included in multiple nationally representative YPulse surveys among 1000 13-39-year-olds in the U.S.—on the last fielding between October 23rd and October 27th, here is what they told us: 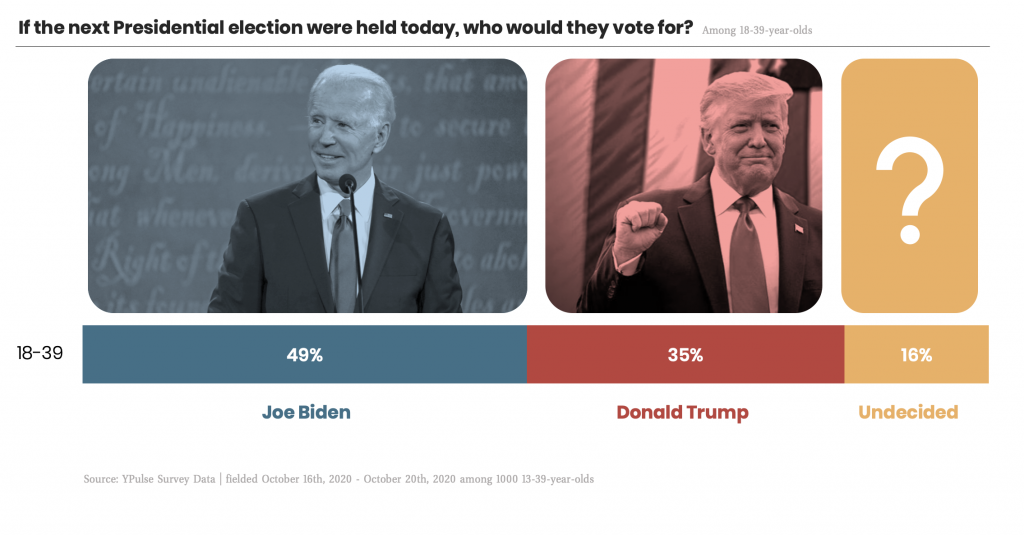 It is important to note that these results show who all 18-39-year-olds say they would vote for in the election—not just those who plan to show up at the polls. Additionally, this data has been collected from a survey, and is a reflection of who they theoretically support, not who they have cast their ballot for.

Though support of Biden is similar across all age groups, support of Trump is clearly stronger among older Millennials:

Roughly half of each age group said that they would vote for Biden if the election were tomorrow, but while less than a third of 18-29-year-olds said they would vote for Trump, two in five 30-39-year-olds support him. These older voters are also less likely to be undecided—and it is possible that if those younger undecided people show up at the polls, their votes could be for Trump as well.

When we look at the results of this question across time, the number of young consumers who say they are undecided has decreased, and support of Donald Trump has increased over the last month: 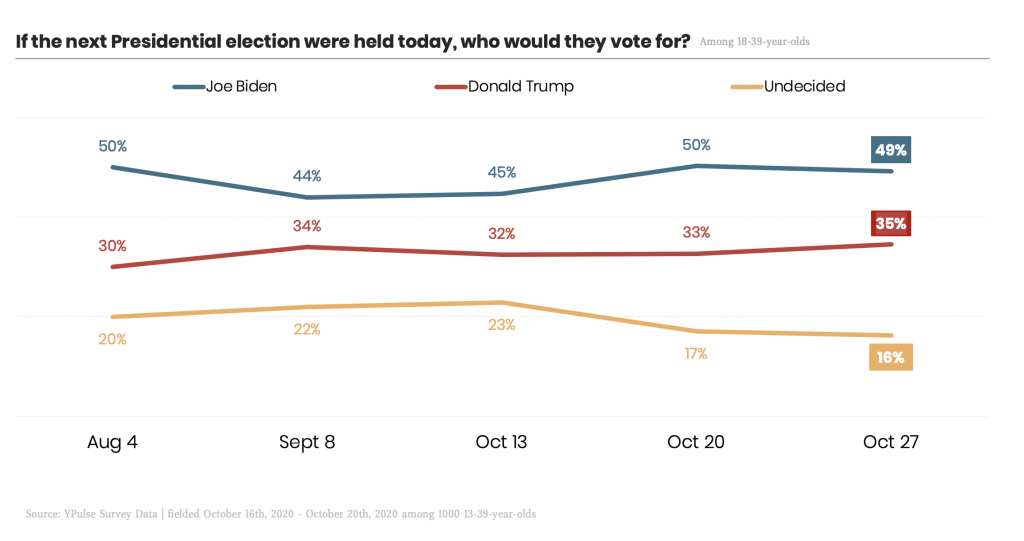 Compared to early August, Trump support among young voting age people seems to have increased. Though we will note that when we look at differences between respondents of different races and ethnicities, there are more drastic differences. Black, Asian, and Hispanic young people are far more likely to say they would vote for Joe Biden in our most recent survey results.

The number of respondents who report that they remained undecided as of last week could also be a deciding force in this election. But much depends on the number of young voters that have sent in their ballots, or show up at the polls tomorrow. Thus far, reports on early voting show record numbers of young people showing up, with NPR reporting that “Youth Turnout Seems To Be Surging,” so we could be looking at a historic turnout among Gen Z and Millennials.