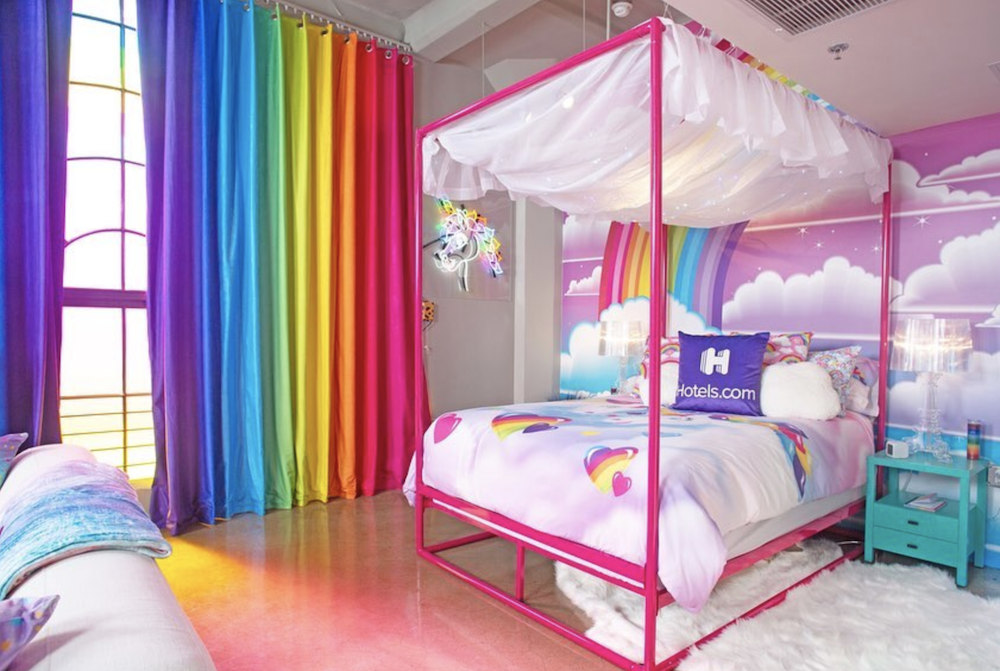 Lisa Frank, Disney+, and Fortnite Had Some of the Best Marketing This Month

From social media stunts to IRL experiences that made Millennials swoon, food trends to TikTok challenges, this month was full of innovative marketing. These were the six campaigns that caught our eye as some of the best efforts to appeal to young consumers—with the most payoff: 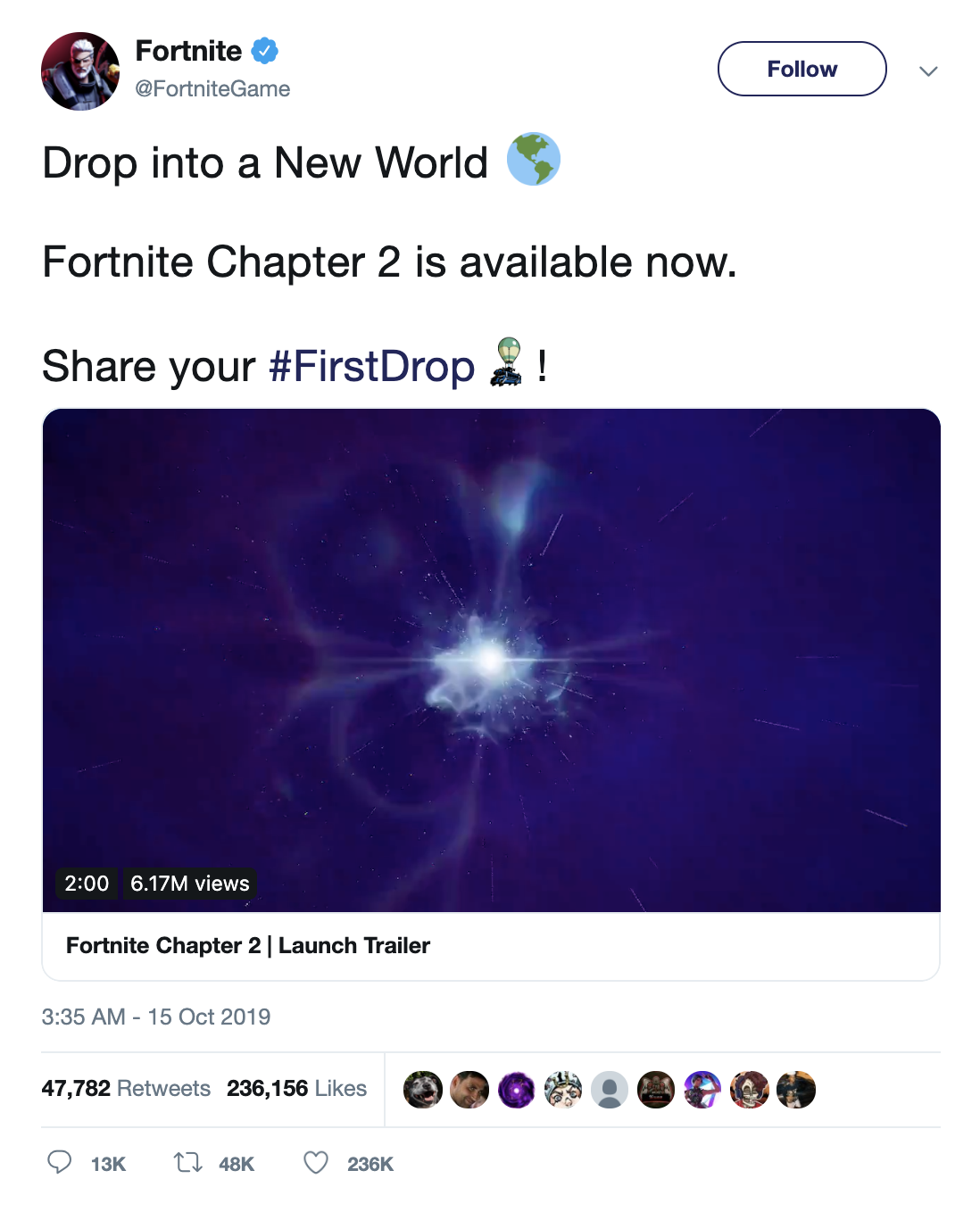 Undoubtedly the star marketing move of the month came from Fortnite, who reignited interest in the game by blowing the whole thing up. As TechCrunch (and many, many others) reported, Fortnite players were staring at a black hole for days after watching the game explode on their screens. The whole thing was a PR stunt to introduce the next chapter in the app, and shocked and enraptured fans, a live event entitled “The End” showed the entire game being sucked into a black hole. For 48 hours, that black hole was all that the millions of young Fortnite players could see on the app and all of the game’s social channels and Twitch, with no explanation. The feat built up enormous hype for what would come next: the introduction of a brand new “Chapter 2” world. 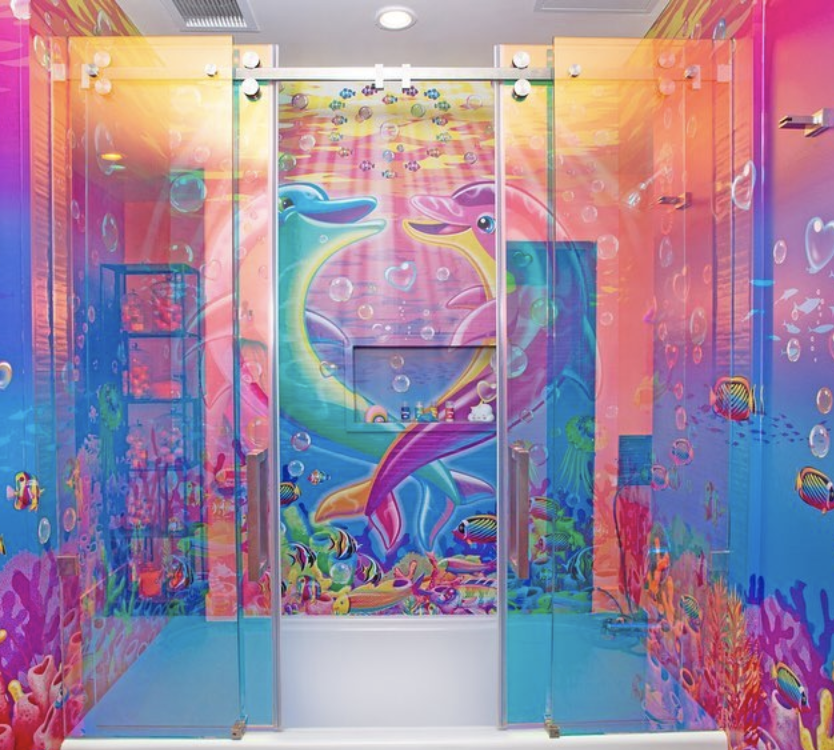 Early this month, Hotels.com announced a new penthouse available for booking—and made for nostalgic Millennials. Fans were invited to spend the night in the rainbow-hued Lisa Frank room of their childhood dreams—complete with Trapper Keepers. Adweek reported that the “’90s kids’ dream room” is a Los Angeles penthouse outfitted with a rainbow lounge, a neon unicorn light, and Lisa Frank designs on the walls, bed, sleepwear, and more. Oh, and a free minibar stocked with ‘90s treats like Pop-Tarts, Fun Dip, and Gushers. Fans could book a night in the Lisa Frank Flat this month, for $199, to be “transported directly into a scene on one of Lisa Frank’s notebooks.” The listing sold out, and earned both brands plenty of online buzz as fans gushed over the designs on social media—and even celebrities commented on the posting on Lisa Frank’s Instagram. 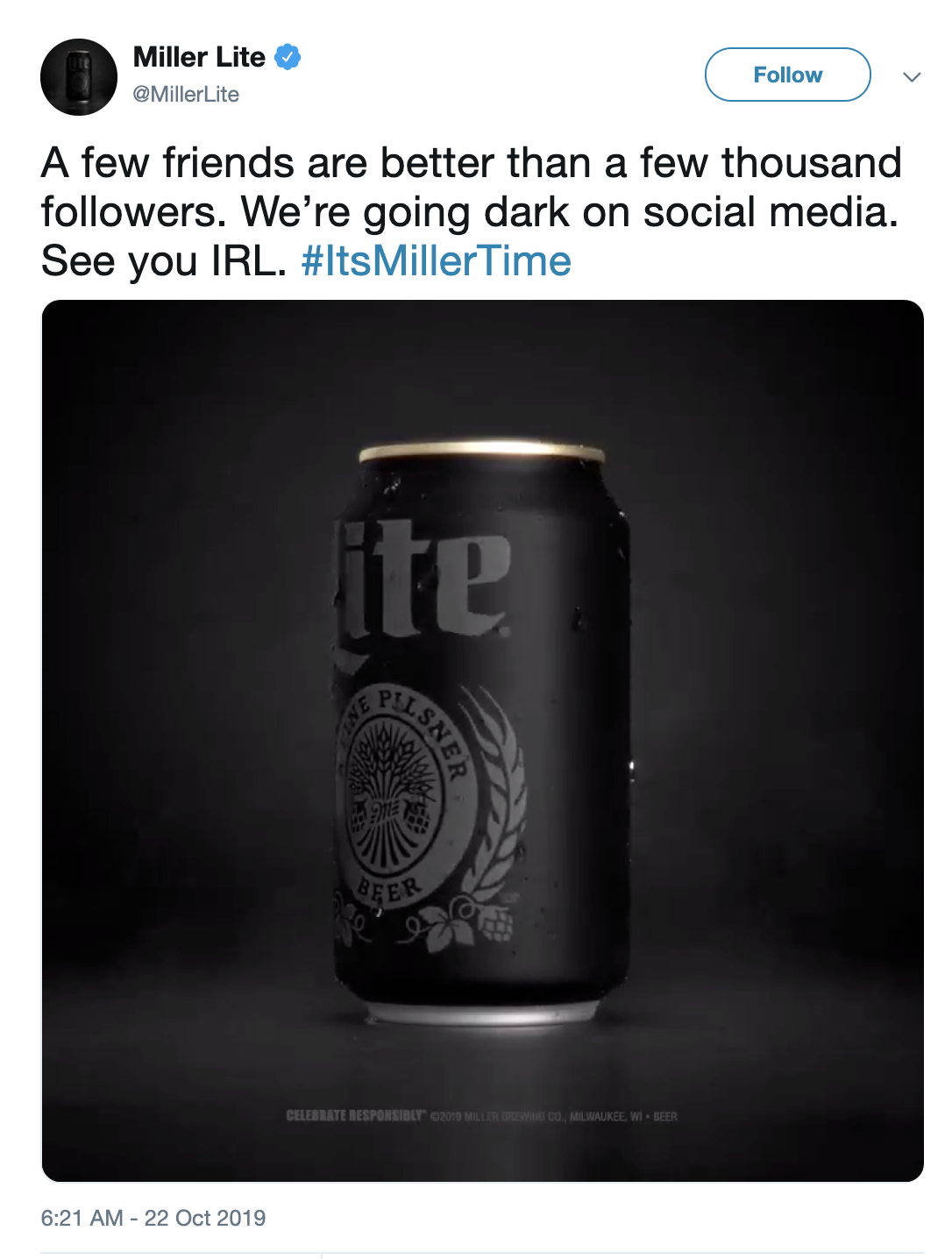 Miller Lite’s new campaign launched this month, asking people to unfollow them on social media. Tapping into the interest in unplugging from tech, the DDB campaign includes a TV spot showing the danger of “follow culture,” and touts having a beer with friends as the “original social media.” They’re going so far as actually buying a beer for anyone who unfollows them on social, sending Paypal money to anyone who screenshots evidence that they’re not following Miller.  Miller Lite’s Instagram and Facebook accounts also plan to go dark for two weeks. The brand tells AdAge, “We know that today’s generation of new drinkers will spend more than five years of their lifetime on social media, and yet are only meeting up with their close friends less than a few times a month…we want to remind them that while social media is great, it’s no replacement for hanging out in-person over a Miller Lite.” 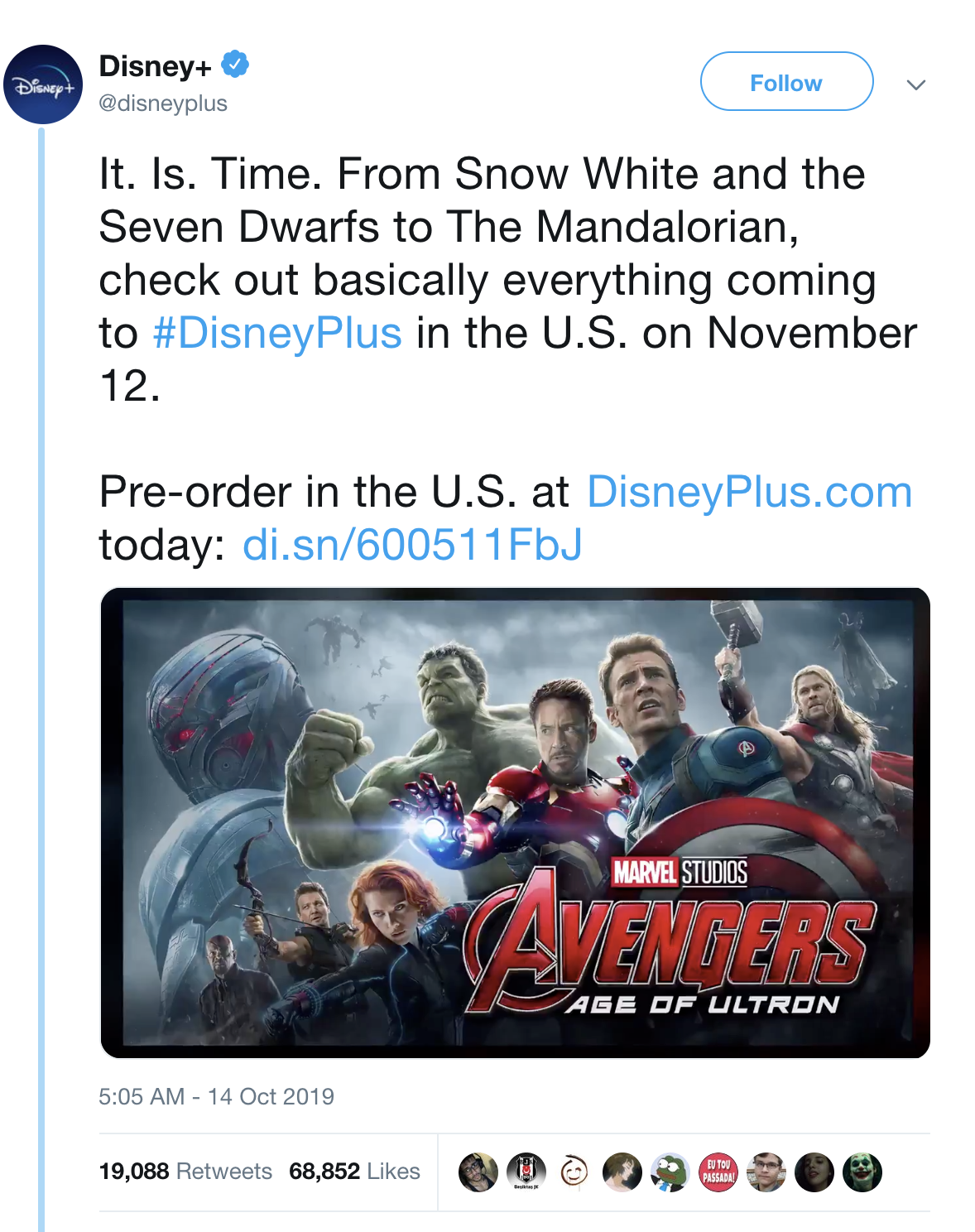 On October 14, Disney+ went all in on perhaps the most extra Twitter announcement of all time. The upcoming streaming site posted an epic 600-tweet thread announcing the massive amount of the content that will be available on the service—a tweet dedicated to each individual show or movie. That original tweet has been viewed almost 6 million times, and AdAge reports the thread that followed helped #DisneyPlus trend on Twitter, as users shared their favorite content and discussed their unending Disney nostalgia. YPulse data shows that over a quarter of 13-37-year-olds planned to subscribe to the new service, before this tweetstorm occurred. 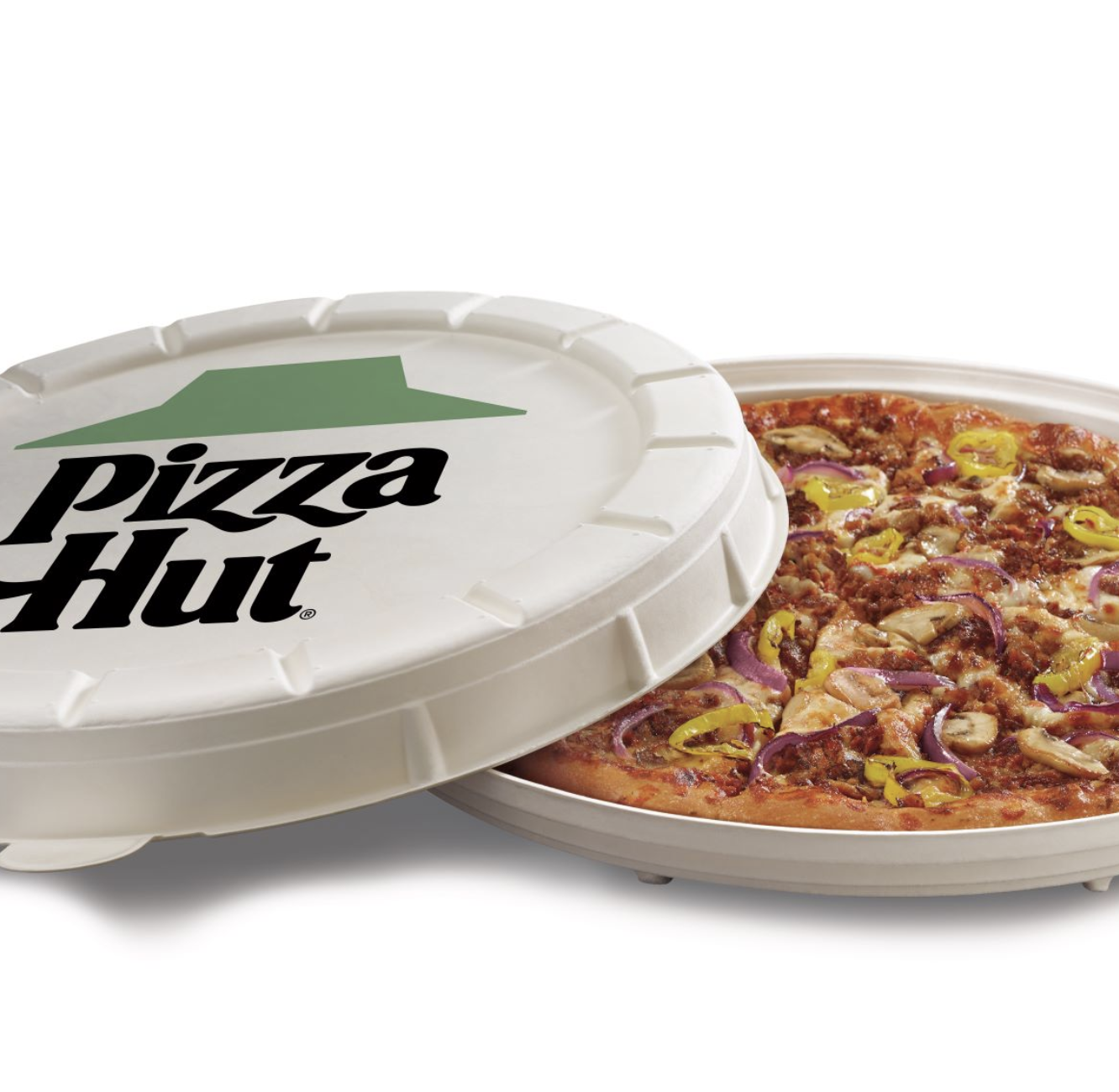 Pizza Hut is going “incogmeato” with its newly released plant-based product. The brand is partnering with Kellogg’s MorningStar Farms to make a Garden Specialty pizza with plant-based sausage—which comes in a round, environmentally-friendly box. According to Inc., while Pizza Hut isn’t the only brand jumping on the plant-based meat and zero-waste train, it’s one of the first major pizza brands that has—which could be a threat to competitors like Papa John’s and Dominos. Pizza Hut’s innovative pies made them a star brand in the ‘90s, so this experimentation (using a major trend among Gen Z and Millennials) could give them a needed boost. So far, the pizza is only available for one day and at one location—but as Burger King has proven, young consumers’ love of plant-based menu items could make it a larger effort very quickly. 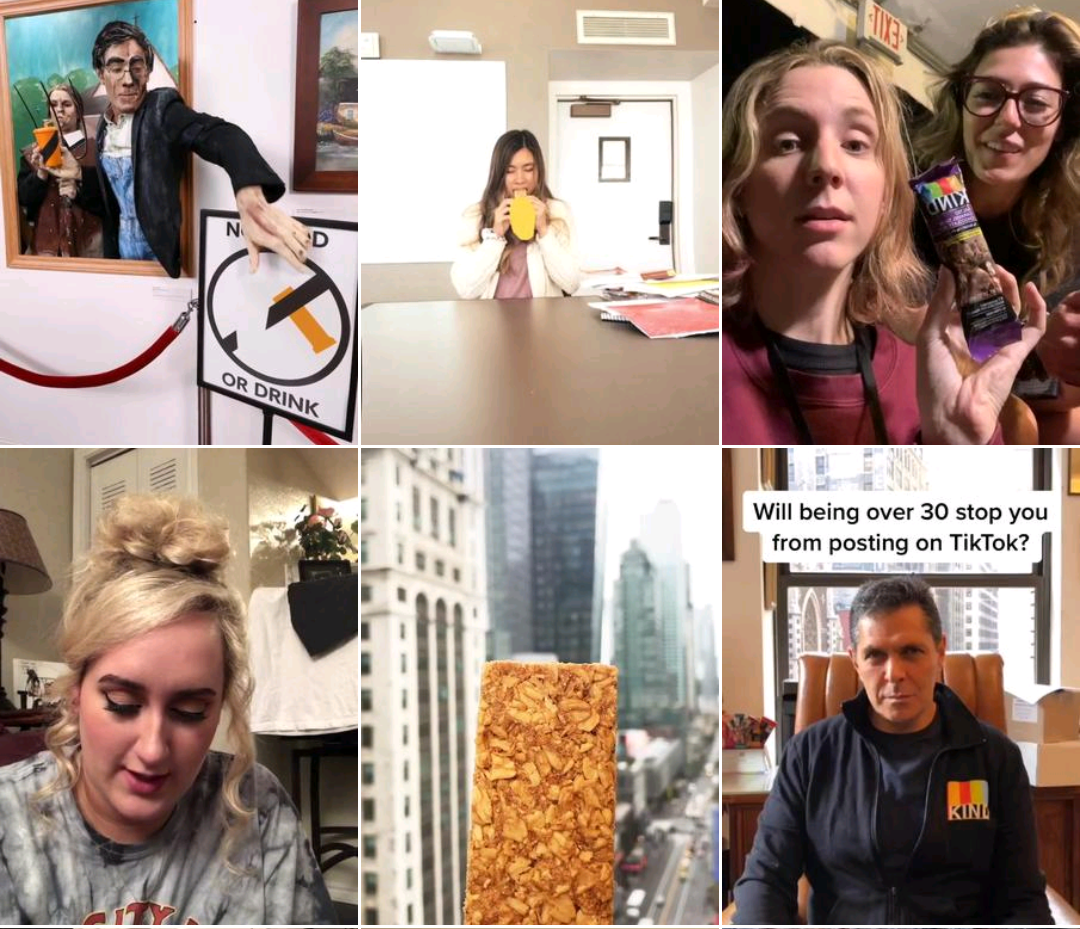 We can’t have a marketing round up right now without including TikTok. Brands are beginning to flock to the teen-loved app to reach young consumers with challenges, branded takeovers, and influencer content. According to AdAge, Kind is one of the first snack brands to create a presence on TikTok, and they’ve kicked it all off with a challenge. Their #kindsimplecrunchcontest asks users to post videos showing how crunchy the Simple Crunch Bar is. A Giphy sticker created for the effort is available to use, and the individual with the most plays will win a trip to New York and a year supply of the product. The brand also worked with TikTok creators like Zach King, Kombucha Girl, and Oven Mom to post their own content for the challenge. it is clearly paying off: The hashtag currently has over 21 million views on the platform, and the brand tells AdAge that 18 million were accrued in the first 24-hours.