A game about a mischievous goose could be Game of the Year, Netflix’s latest movie has inspired a critical TikTok meme, the Chicken Noodle Soup challenge is poised to take over the internet, and more news that the internet can’t get enough of this week… 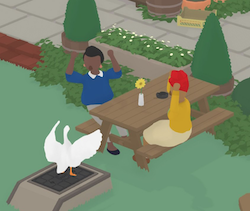 1. Everyone Is Squawking About Untitled Goose Game

The internet is raving about a new video game, and it’s not like any game that’s gone viral before. Red Dead Redemption gamers can set down their lassos because in this game, you are a goose. And that’s basically it. Thrillist reports that the tagline of Untitled Goose Game is “It’s a lovely day in the village, and you are a horrible goose.” The game gained hype two years ago when its trailer went viral, and now, the final product has gone live on PC/Mac and Nintendo Switch and is living up to players’ eggspectations (so sorry). The New York Times reports that the game is so popular that it waddled all the way to the number two spot on Nintendo’s U.S. and U.K. eShop charts—bumping the highly hyped The Legend of Zelda: Link’s Awakening off its perch. Both titles were released on the same day. 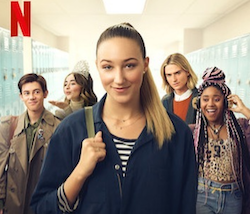 2. Netflix is Being Dragged On TikTok For Their Latest Movie

Tall Girl isn’t just getting critically dragged by the likes of The Daily Beast and the New York Times. Teens on TikTok have turned the movie into an ongoing meme that relentlessly makes fun of the movie’s premise: that being a tall, white, blonde, cis-gendered, straight female in the U.S. is an adverse circumstance in 2019. The woke members of Gen Z are not having it, with many posting short videos on TikTok where they show these few lines from the trailer, “You think your life is hard. I’m a high school junior wearing size 13 Nikes. Men’s Size 13 Nikes. Beat that.” Then, they follow the statement up with their own circumstances. @kikisadingus says simply, “I have cancer” in a video that has over two million likes. Others talk about being bullied for being LGBTQ+, discriminated against for their race, differently abled, and more. 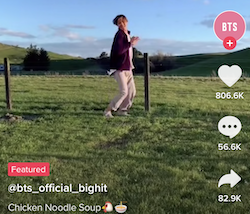 3. What is the Chicken Noodle Soup Challenge?

Hint: it has nothing to do with eating or making chicken noodle soup. BTS, the K-pop group with a raving fan base that’s boosted them up the charts, took a hiatus earlier this year, but member J-Hope is jumping into solo ventures. According to CNN, he just collaborated with Becky G on a new single called “Chicken Noodle Soup.” And since K-pop stars have mastered the art of making their songs go viral, J-Hope has turned “Chicken Noodle Soup” into a dance challenge. His TikTok video tagged #CNSChallenge is full of a surprisingly intricate sequence of arm flapping fun. Copying it has quickly taken off as a trend across TikTok and Twitter, where fans like @dhxminique already have tens of thousands of views. 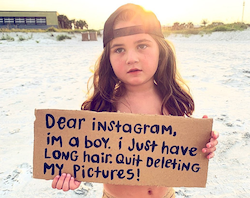 4. Instagram Takes Down Pics of Long-Haired Boys—and Moms Fight Back

Instagram has been reporting and taking down images of shirtless boys with long hair, calling attention once again to what many users see as excessive censoring on the social media platform. BuzzFeed News reports that one Florida parent’s Instagram account, @parkersavesthesea, was deleted after she posted several shirtless pictures of her son. In response, Parker’s mom posted an image of him holding a sign that says, “Dear Instagram. I’m a boy. I just have long hair. Quit deleting my pictures.” Apparently, she’s not the only parent who’s had this experience because other children started to appear on the ‘gram holding similar signs. Many are calling for more manual reviewing at Instagram, instead of the company depending on tech-driven censoring. 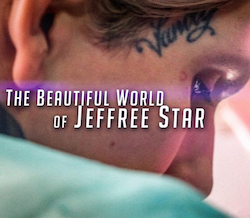 Gen Z and Millennials are coping with political news by making memes, Shane Dawson’s new docuseries pulls back the curtain on the most confusing beauty drama that’s ever been on the viral list, a Gucci fashion show uses controversial straightjackets in a fashion show, Michelle Phan mysteriously returns to YouTube, Millennials discuss their bleak retirement prospects on social media, and yes, a Sexy Mr. Rogers costume exists.

Western Europe
4 Stats on How Young WE Consumers Are Shopping Now
The pandemic reshaped the way young consumers shop. These four stats show how young Eur...
North America
Marvel’s Shang-Chi Racked Up $94M in 4 Days on The Viral List
Marvel’s Shang-Chi And The Legend of The Ten Rings flew past box office predictions, Ki...
Western Europe
Here’s What Platforms Kids in WE Are Watching Most, According to Their Millennial Parents
Millennial parents are letting their kids watch more video content than ever. Here are ...