Watch Out Banks—Millennials Would Trust These Brands with Their Money 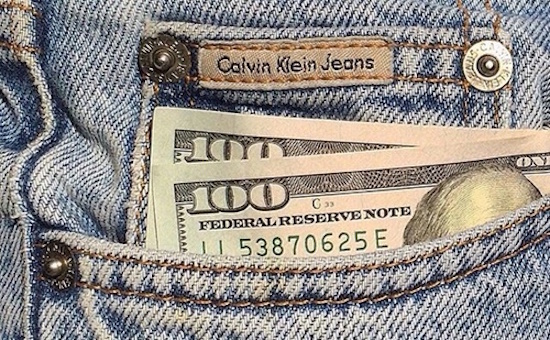 Young consumers don’t trust banks, and these are the brands they say they would trust with their finances instead…

Traditional banking is struggling with young consumers. The 2016 Millennial Disruption Index revealed that leading banks JPMorgan Chase, Bank of America, Citigroup, and Wells Fargo are among the top ten least-loved brands by Millennials, and our personal finance survey found that 37% of 18-36-year-olds say they don’t trust banks. The generation’s predilection for digital financial solutions has made “Venmo” a verb, and they aren’t just using peer-to-peer payment apps for bar tabs. CNBC reports that rent, utilities, and vacation expenses like plane tickets are being charged via fintech services like Venmo as well. Venmo has also invaded online shopping, allowing users to pay with their account anywhere that already takes PayPal—like Lululemon and Home Depot. They’ve also introduced a debit card, inching them ever-closer to banking services. Of course, in the wake of this digital financial invasion, those traditional banks have banded together to introduce their own peer-to-peer competitor, Zelle—but fintech startups might not be the only competition they have to worry about.

That same Millennial Disruption Index found that 73% of Millennials would prefer to handle their financial needs through Google, Amazon, Apple, PayPal, or Square. This year, the Wall Street Journal reported that Amazon might offer “a checking account-like product” that would appeal to young consumers and those who don’t have bank accounts. They have reason to believe consumers would be interested: Thirty-eight percent of Amazon customers told LendEDU that they would trust the online retail giant with their finances as much as they would a traditional bank.

But beyond Amazon customers, would all young consumers trust a brand to take care of their money? We decided to put the prospect to the test among all young consumers, asking about some of the biggest brands that Millennials and Gen Z love, and that they trust. In out most recent survey on their financial outlook and attitudes, we asked 18-36-year-olds to tell us: “Which of the following brands would you trust to manage your finances if they began offering banking services?” Here’s what we found out: 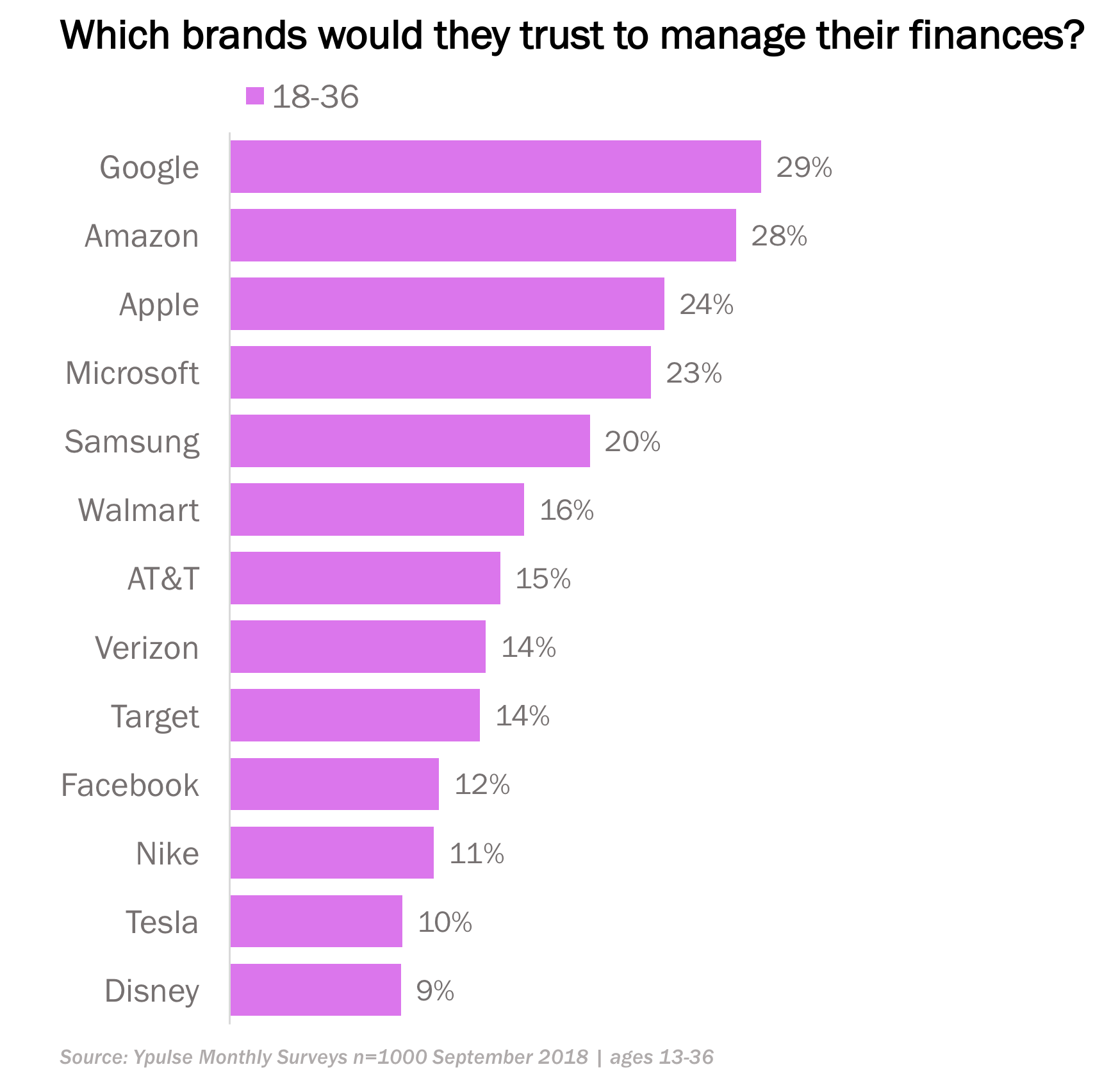 And at the top of the list of brands they would trust with that honor is Google. They also ranked in the top ten list of the brands Millennials trust most, according to our Ybrands brand tracker survey. The tech giant has their fingers in so many areas, from search to smartphones to smart speakers, that it likely doesn’t feel like a stretch to young consumers that they would branch into finances eventually. Just one percentage point behind Google on the ranking is Amazon, another brand that Millennials have shown they love again and again. If the rumors mentioned above are true, we may soon see this quarter of Millennials start banking with the retail site.

But banks don’t just have to worry about Millennials. The next generation of banking customers is growing up, and they are even more accustomed to trusting digital companies with their information. So here are the brands 13-17-year-olds say they would bank with: 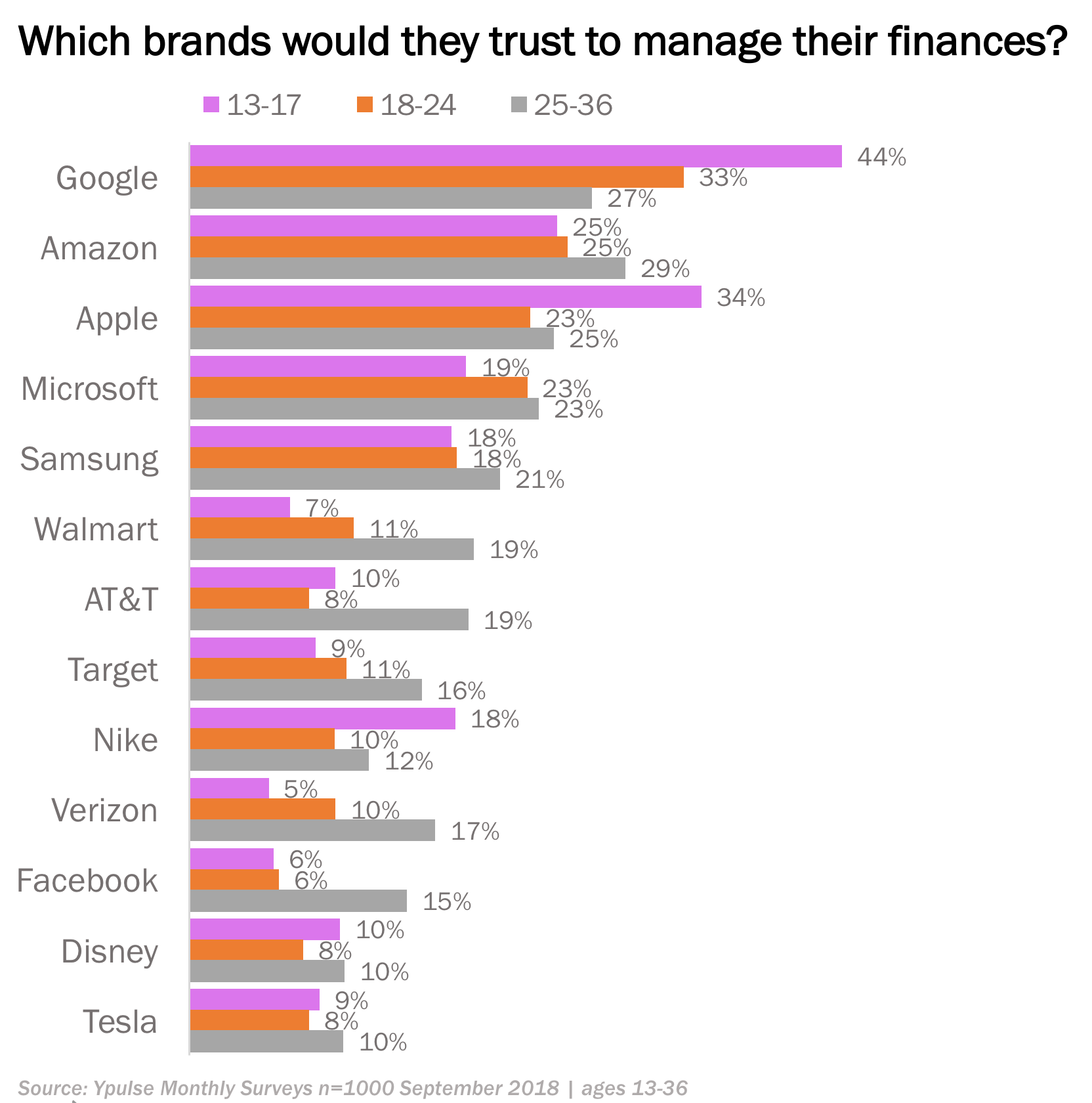