Esports Can Now Get Gen Z Into College 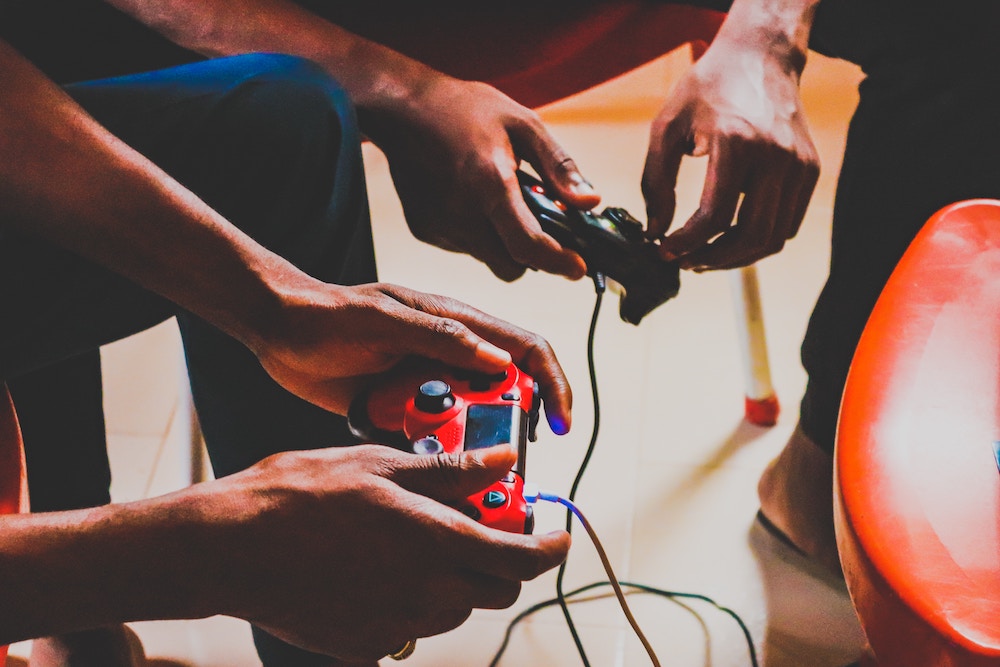 Teens are signing up for high school esports teams, securing esports college scholarships, and carving out careers in the lucrative industry. What does the future hold for the world of competitive video gaming? We found out…

Esports is not just a booming streaming space and massive marketing opportunity but also becoming a viable academic and career path for teens. In our Esports Levels Up trend, 97% of 13-35-year-olds who watch esports told us that they think competitive video gaming is getting more popular with people their age, and the industry is expected to rake in $1.1 billion in 2019, and Goldman Sachs is predicting that the number of esport viewers will match the NFL’s by 2022 . With those promising numbers, it should come as no surprise that esports is beginning to get treated as a real sport. Teens today who hone their gaming talents can secure scholarships to college, which could translate to going pro as a player or into a fully-fledged esports career. One Chinese college is even offering a three-year curriculum on esports, according to MSN, and the courses aren’t just preparing students to be professional gamers (only the top students pursue that path). Instead, many students are gearing up for careers in competitive gaming that range from coaching to organizing events. With an increasing number of lucrative careers to be carved out in the growing industry, teens can officially say they want to play video games when they grow up.

Thanks to PlayVS, their first step could be joining their local high school esports team. Variety reported that esports competitions are coming to high schools across the U.S. and the first season starts this fall. Yes, being a varsity competitive gamer will soon be a thing—and considering over 200 colleges now offer esports scholarships—it’s an extracurricular activity that could boost teens’ transcripts. PlayVS is exclusively teaming up with the NFHS, which is “essentially the NCAA of high school sports and activities,” to create an infrastructure for the new sport. They’re providing a platform that “schedules games, helps schools hold try-outs and form teams, and pulls in stats real-time from games,” according to TechCrunch.

However, questions have of course arisen about the increasing integration of video games into young people’s lives and even livelihoods. For instance, what does the World Health Organization’s classification of video game addiction as a mental health disorder mean for competitive gaming? Can esports be a valuable experience for teens? What are the benefits? We looked to the Founder and CEO of PlayVS, Delane Parnell, to get some answers:

YPulse: Can you talk about how esports is booming right now?

Delane Parnell: The esports industry is on the rise—everyone wants to be a part of it. Over 400 million people are watching esports competition content and almost 1,000 brand deals from companies including Facebook and Coca-Cola have been executed since 2016 (when esports started). All 5 traditional sports leagues (NFL, NBA, NHL, MLB, MLS) have either entered esports or expressed interest, and the NCAA has put a team in place to explore their involvement in esports. The numbers continue to grow as interest grows, which validates the scene and makes it a super exciting industry to be a part of.

YP: What about esports appeals to young consumers? Why, so far, have you seen high schoolers be interested in joining esports teams?

DP: Teens who may not be interested in traditional sports or arts are looking for an outlet to have fun, grow, learn, and to also feel like they have a place that they belong in school. Esports offers them all of this.

YP: Is joining an esports league a valuable experience for teens?

DP: Absolutely. In the beginning, our goal wasn’t even necessarily to advocate for video games. We looked at the current landscape and realized there was a huge gap in the market. There are millions of amateur gamers out there who want to compete—the most important demographic within this segment is high schoolers. Until now, there was no way for them to actually compete. We are going to provide that venue in a supervised, inclusive, and safe environment that makes them part of something larger.

YP: Are colleges interested in recruiting teens who are in esports leagues?

DP: Yes. Nearly 200 colleges in the U.S. and Canada are actively recruiting and offer scholarships for esports. Additionally, companies within the esports industry are looking to hire those with experience across multiple aspects of gaming.

YP: Can being on an esports team translate into a career?

DP: Definitely. Esports offers kids really unique benefits. They encourage interest in computers and STEM education and offer a career path for students who are interested in things like game development, programming, illustration, and more. 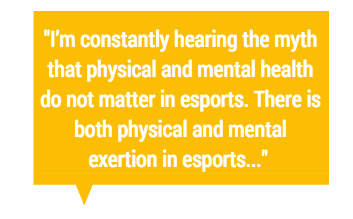 YP: Are there any myths about esports and competitive gaming leagues that you’d like to clear up?

DP: I’m constantly hearing the myth that physical and mental health do not matter in esports. There is both physical and mental exertion in esports when, for example, you’re using both hands (one on the keyboard, one on the mouse) and doing 400 movements a minute: looking at what your opponents are doing, figuring out a strategy in a short amount of time, and communicating with the four other people on your team. Gamers have to make constant quick decisions that are super complex and require a lot of mental space. Just because they do not have third party trainers providing support like professional players doesn’t mean they’re not exerting just as much mental energy.

YP: What is your opinion on video game addiction?

DP: If you think about any trend in the technology space (social media, rise of the internet, streaming services, etc.), you’ll notice that there’s a negative perception around all of these shifts. People have classified video game addiction as a mental health disorder; however, there’s no evidence to support this. As with anything, time spent on esports should be monitored—kids should participate in activities that they enjoy while still understanding the limitations and the importance of building a balanced life. People should be talking about the benefits that video games bring, such as meeting new friends and developing critical life skills, instead of isolated and negative incidents.

YP: Do you think esports has already gone mainstream? Or when do you think it will?

DP: Esports is relevant and mainstream to the people who care about it. While it’s exciting for us and other companies within the market to see interest around esports continue to grow, we ultimately do not need validation from everyone in order to be mainstream. It has grown as a subculture and will continue to do so whether or not people support it. You don’t grow out of video games, you grow with them—I personally play the same video games I played 10 years ago! All in all, I’m truly excited to see the fandom around esports grow, but I’m also okay with it being mainstream to the people who’ve made it a part of their everyday life.

YP: What’s in the future for PlayVS? What’s next?

DP: We’re building a really special company, one that will engage a massive community and will launch technology that hasn’t been seen. Beyond being profitable and practical, we can have an incredible impact across the country by teaching valuable life skills. That’s what we’re focused on right now: impacting as many people as possible through esports.

We’re currently focused on launching the product and the inaugural season. We’re still completing the product and working on technical integrations with publishers. We also want to make sure the PlayVS player experience is optimal. We want morale to be high in the schools and for students to be engaged. 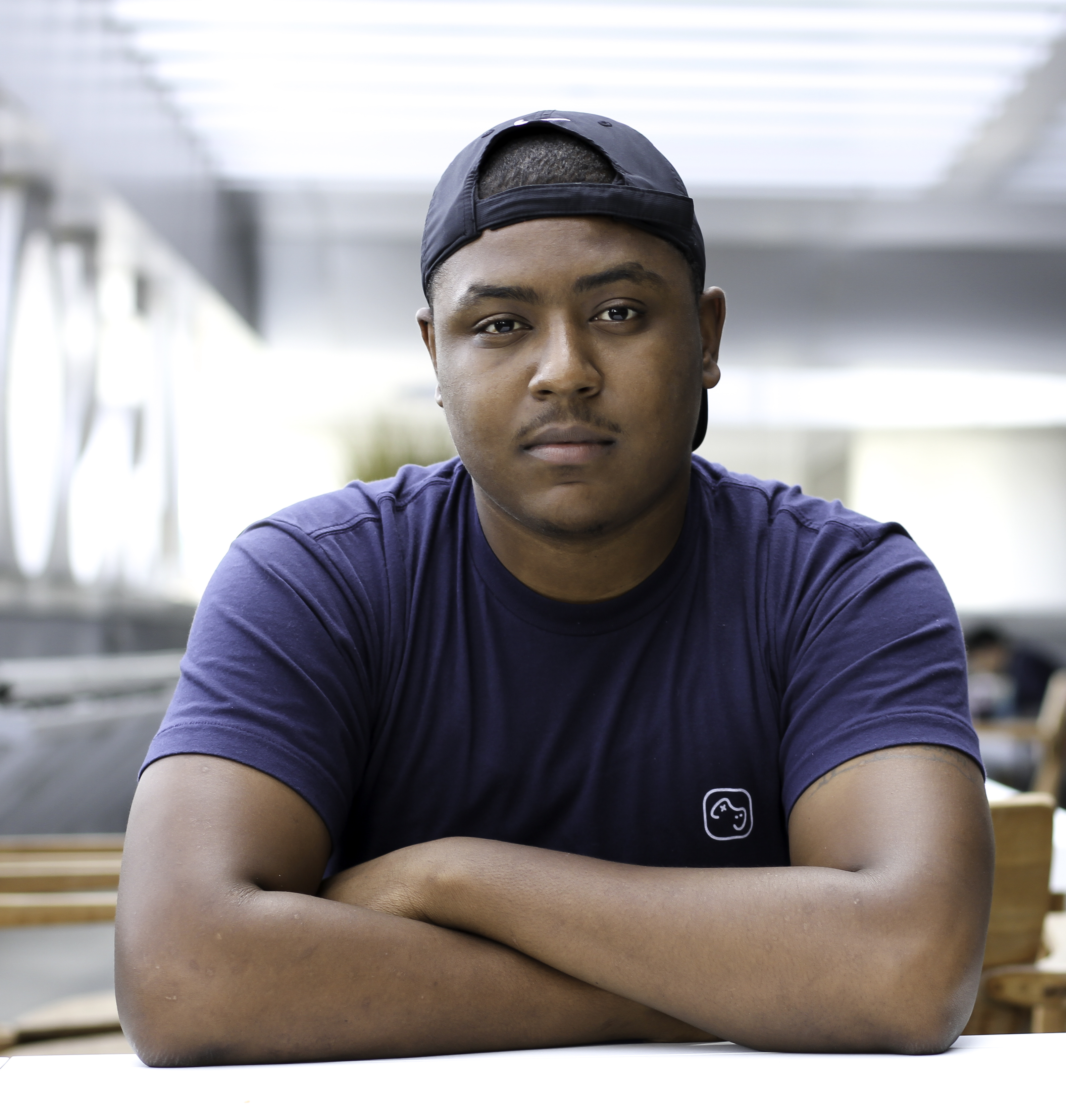 Delane Parnell is currently the Founder and CEO of PlayVS, the venture-backed startup building the infrastructure for high school esports. Prior to starting PlayVS, Delane worked at IncWell Venture Capital where he became the youngest black venture capitalist in the U.S. Delane was then part of the early team at Rocket Fiber that raised $31M and focused on retail strategy directly with the CEO. While at Rocket Fiber, Delane founded Rush Esports, an esports team that was acquired by Team Solomid. A lifelong entrepreneur, Delane started his first job at 13, working 40 or more hours a week during the school year. At 17, Delane used the money he saved to purchase three cell phone stores and joined the founding team of Executive Car Rental that now has 16 locations across Michigan.

In 2017, Delane was introduced to Science founders Peter Pham and Mike Jones, where they discovered a common interest in esports. After a few months of speaking with Science, Delane founded PlayVS. In April 2018, PlayVS announced their exclusive partnership with the National Federation of State High School Associations (NFHS) to collaborate on the national rollout of esports in high schools. In June of 2018, the company announced a $15M Series A led by NEA, the largest ever for a black founder in the consumer internet industry. PlayVS’ inaugural esports season will commence in October 2018.