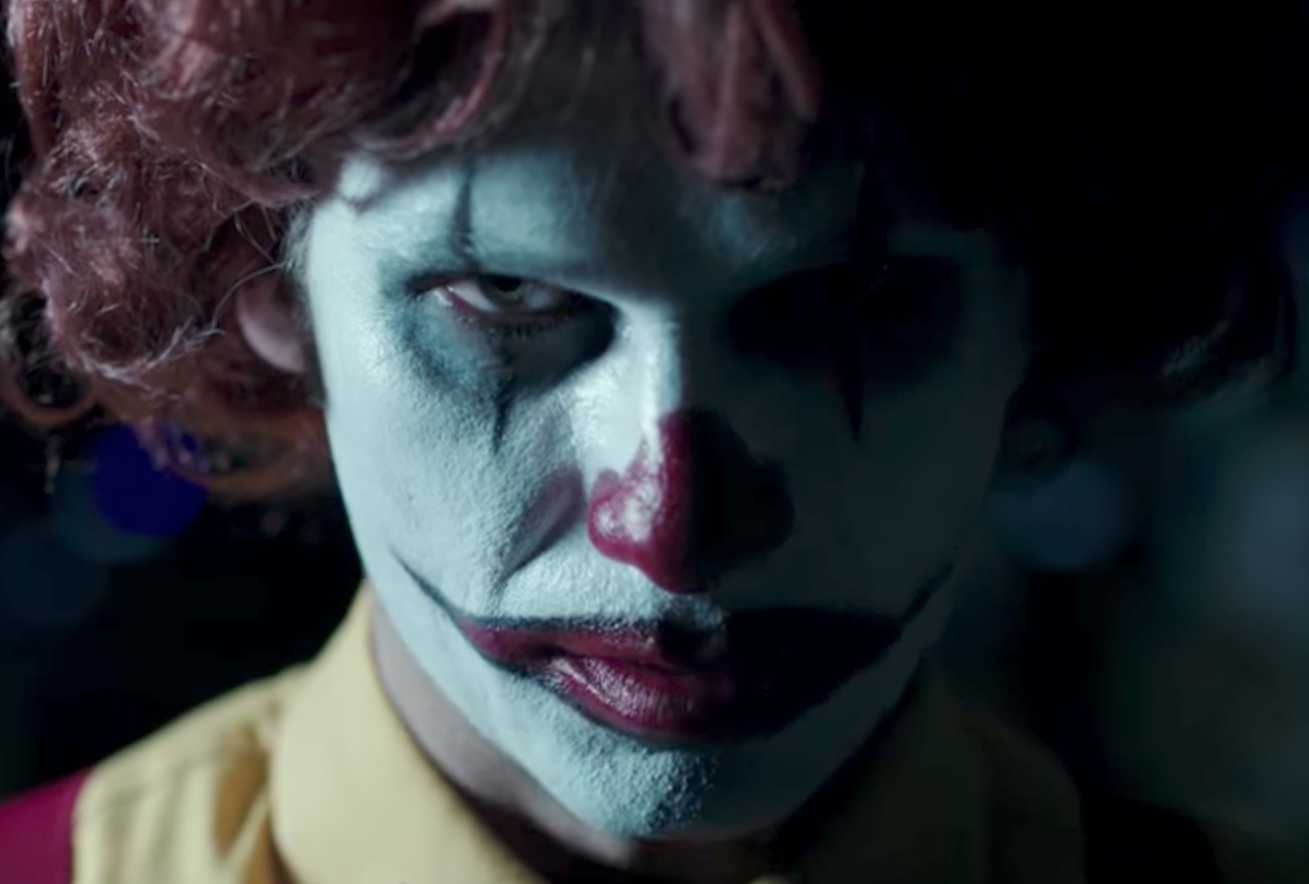 Brands are going all out to get young adults’ attention this Halloween, and they’re skipping traditional tactics to do it.

Halloween is just one week away, and in the lead up to the holiday brands have been unleashing marketing mayhem (and breaking all the rules) to get consumers’ attention. We know how much Millennials plan to spend for Halloween—and it looks like Americans actually may set a record for their spooky spending this year. According to MediaPost, The National Retail Federation has predicted an 8.3% increase in spending for the holiday, for a total of $9.1 billion. Forty-eight percent of adults plan on dressing up in a costume this year, up eight million over last year (and our survey found that about two in five Millennials plan to). Candy, decorations, and greeting cards will also take a bite out of consumers’ cash in addition to any extras they might be buying to celebrate the spooky night. (Ahem, alcohol.)

It’s not just CPG brands getting a boost from the uptick in young adult interest in all things that go bump in the night. Media is also taking advantage, and making sure they align their creepy content with the season. There’s been a notable surge of young adult interest in horror this year; from Get Out to Stranger Things and more, spooky shows have been making headlines, pulling in unexpected profits and fan fervor. Remember Get Out’s viral #challenge? Or all the times Stranger Things has gotten attention from the press and social media? And then there’s this: Refinery29 reports that not only did the Stephen King adaptation, It, break The Exorcist’s 44-year-record as the highest grossing horror film of all time, but it already has a sequel in the works. Expect to see Pennywise and Eleven costumes galore trick or treating this year.

So, to get a piece of all the possible profit and to turn consumer heads, marketers are tearing up the playbook—bypassing branding and buildup, and sneakily dropping ads in-person and online to trick and treat consumers with unexpected campaigns. The spookiest thing about it? It’s working—fans are rallying around the new campaigns, voicing their love on social, and giving the ads even more organic exposure. Below are some of the most innovative takes on Halloween marketing we’ve seen this season. 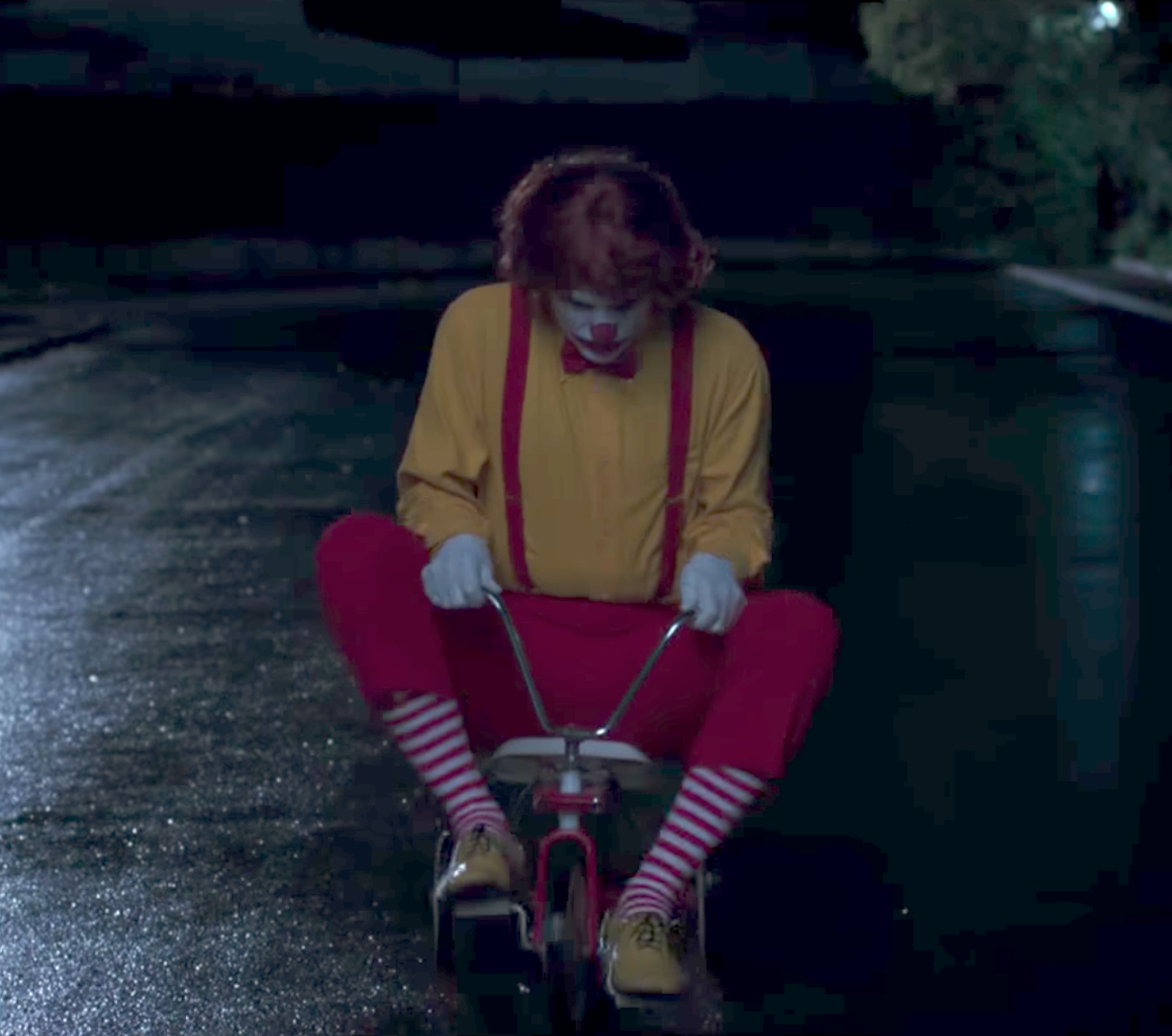 Burger King is throwing some hard shade at McDonald’s with a not-so-subtle Halloween jab at their famous clown mascot. Undoubtedly fueled by the fact that (thanks to It’s whirlwind success) Forbes reports clowns are one of the hottest costumes this year, the creative campaign asks customers to show up at Burger King decked out as a clown to get a free Whopper on Halloween. They’re pulling out all the stops to trick McDonald’s, but customers get a treat out of it: Burger King’s North American President said, “We don’t usually talk about clowns…But for this Halloween, come dressed as a clown to eat like a king.” The campaign is capped by a 90-second #ScaryClownNight digital ad that makes the call to action by featuring a frightening looking Ronald McDonald demanding a Whopper. This isn’t the first time this season Burger King has trolled their fast food rival. Earlier this month, the brand had one screening of It show the message “The moral is: never trust a clown” before it cut to the credits. Even before It made clowns the perfect characters to capitalize on, Burger King “dressed up” as a McDonald’s in New York for Halloween last year. 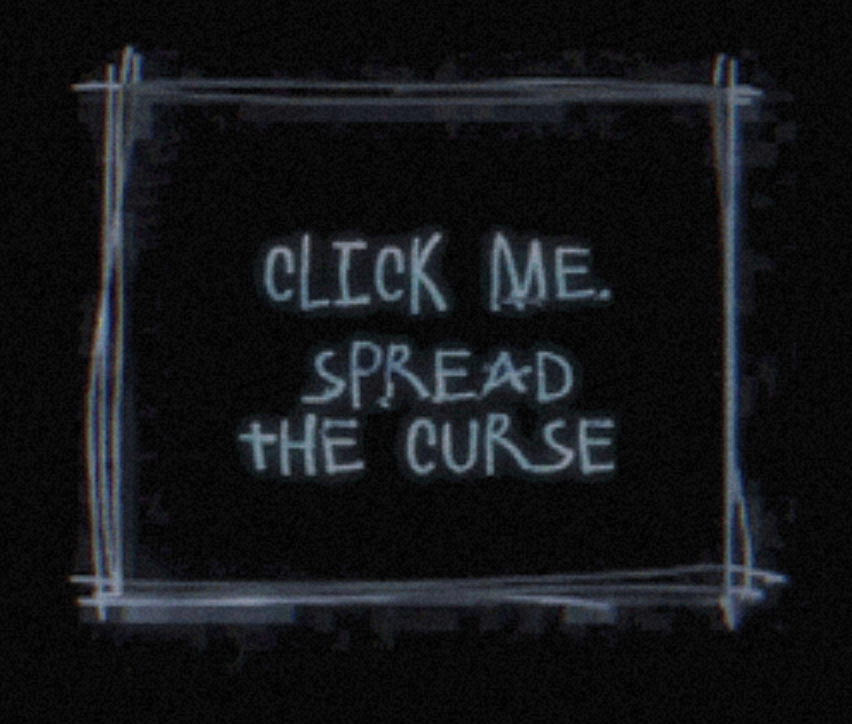 Usually digital advertisers try to keep their frequency on feeds and sites to a minimum for each user, but Svedka Vodka is doing the exact opposite. The brand is “cursing” people with non-stop digital ads that stalk them across the internet. Viewing a Svedka video ad curses users with a cookie, allowing the brand to display eerily specific ads to wherever someone browses by calling out where they are, what time they’re browsing, and more internet-attained details, according to The Drum. Some messages you might see are: “‘I heart following you around New York,’ ‘You shouldn’t be up this late,’ ‘I know you like the wrong vodka,’ and ‘On your phone, calling for help?’” There is one way to break the “Banner Ad Curse,” though: you just have to send your friend the video ad and “spread the curse.” The campaign is like new-age chainmail meets The Ring, but (as far as we know) no one will climb out of a well at the end. 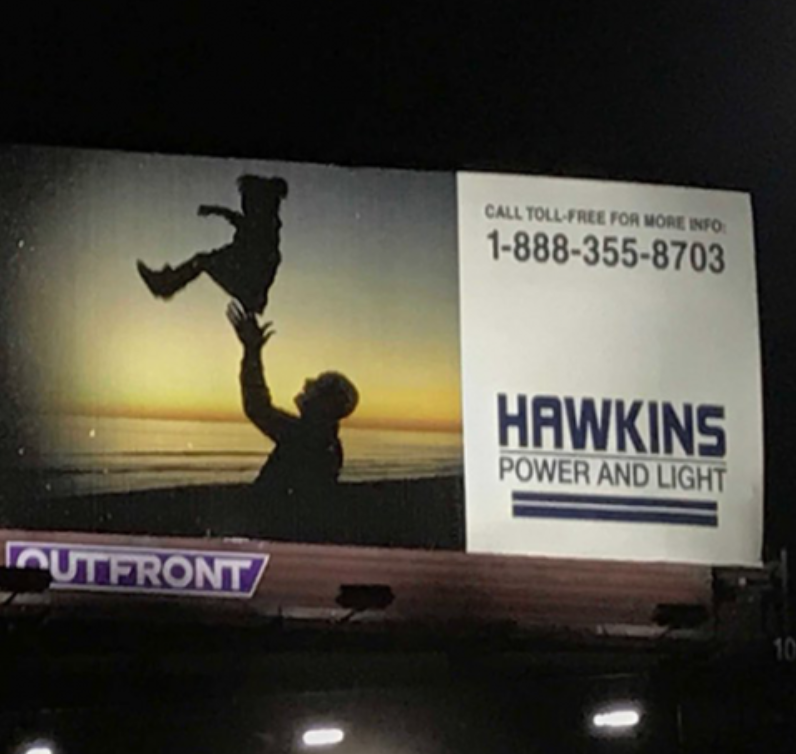 Eerie billboards are popping up to advertise Stranger Things’ Halloween weekend season premiere—and they’re straight out of the show’s own mythos. Adweek reports the signs advertise for Hawkins Power and Light, the “bland yet sinister corporation” that had Eleven locked up in a lab. The ads read, “Flipping the Switch for a Brighter Tomorrow,” and feature a phone number. The best part? The number is real, and leads those who dial to a corporate message with an automated menu. Stay on the line long enough and you’ll hear a crackle noise or a series of beeps, typical creepy sounds right out of the Millennial & Gen Z sci-fi favorite. CNET reports (and Twitter users seem to agree) that the automated responses drop several hints for devout fans of the franchise throughout the course of the menu. You can find the billboards throughout New York and Los Angeles, and if you can’t see one IRL, the number has made its way online for all to call. 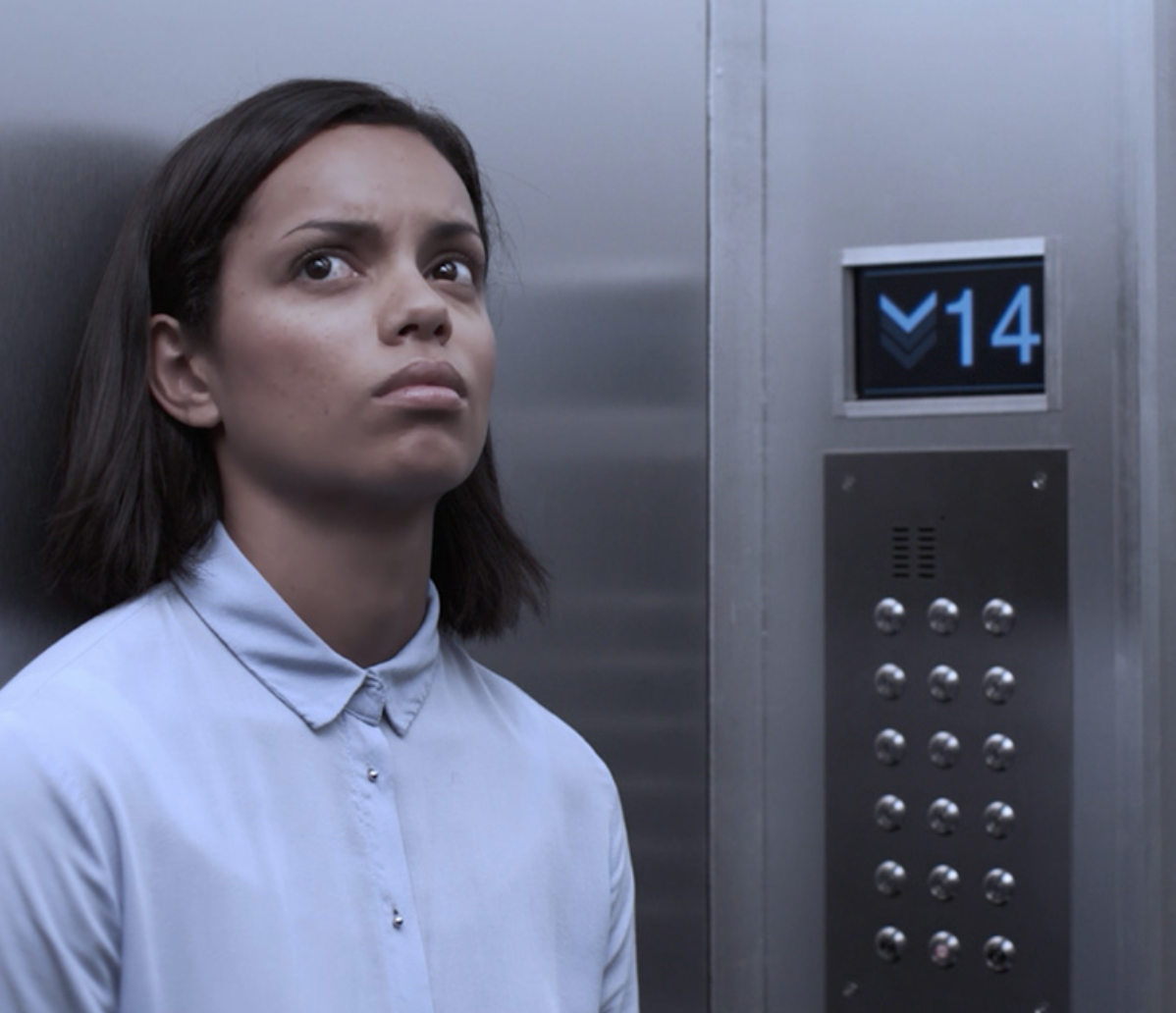 All eyes are on Mars’ new spooky shorts, which ditch branding and product placement (almost) altogether. Mars brought on talented writers and directors and gave them full creative freedom to take the reins and make entertaining two-minute horror films (i.e. “Bite Size Horror”). Adweek reports the commercials have been airing in their entirety on TV, and are racking up organic attention online as well. Each short film corresponds to a Mars candy brand, and twelve short films are said to exist in total—though some are harder to find than others. The one getting the most attention? Skittles’ “Floor 9.5” ad, meant to be “a short Kafkaesque nightmare.” The film follows a young executive on the elevator as she gets stuck between floors nine and ten. The doors open and she steps out into a new kind of corporate hell—on floor 9.5, get it? Several Mars brands made Millennial’s & Gen Z’s top 15 list of candies, and clever marketing like this could keep them top-of-mind for candy-loving young adults this Halloween. 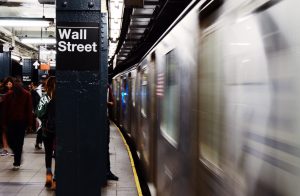