How Much Do Millennials & Gen Z Trust These Major News Sources? 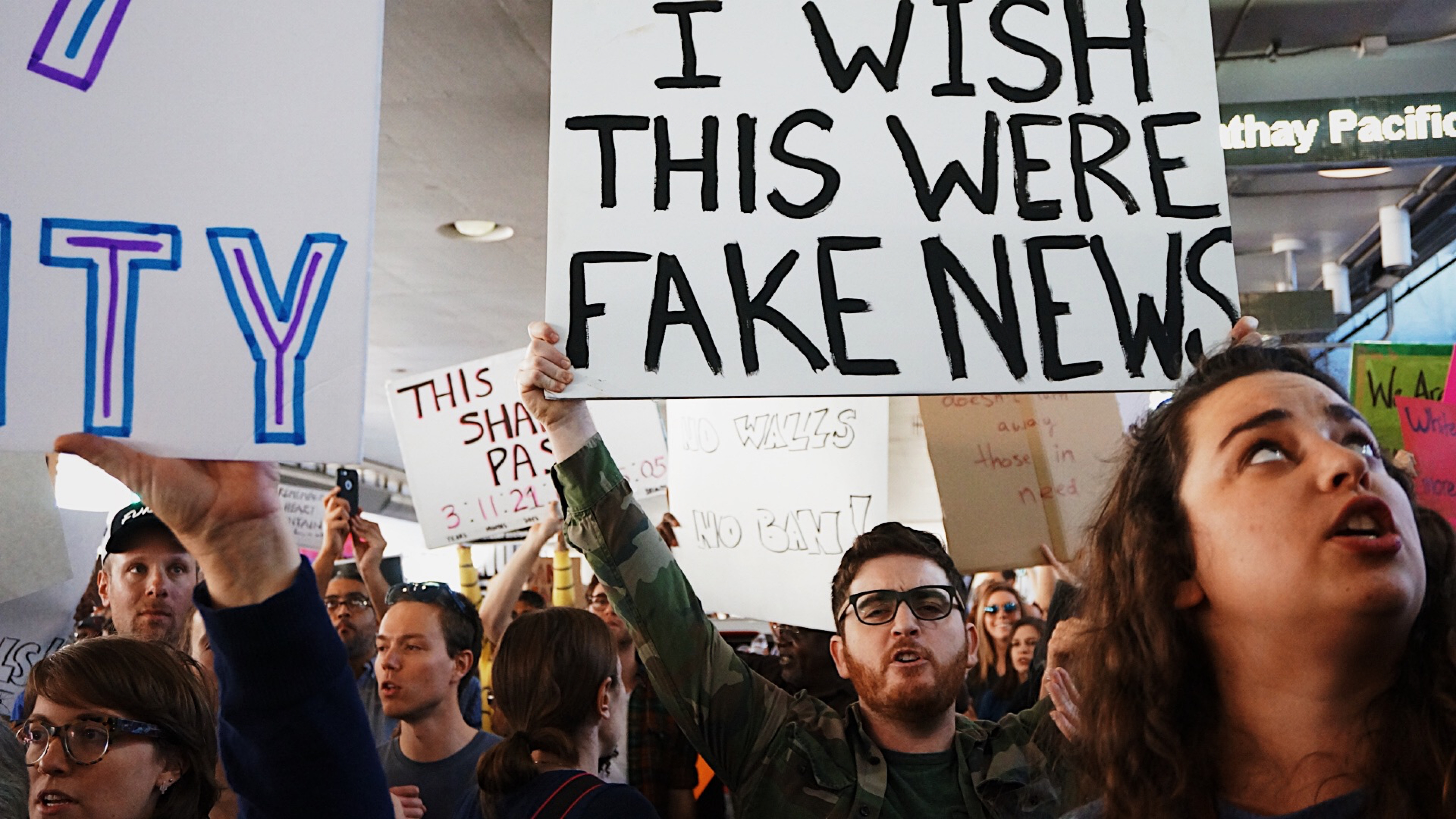 In an era where social media is their main way of collecting news, fake news abounds, and word-of-mouth is often believed more than the word of institutions, what news sources do young consumers actually trust? These are the major outlets that Millennials & Gen Z trust most…and those they trust least.

Millennials and teens have grown up during a decidedly different news era—one that has only become more chaotic and fragmented over the last few years. They’re the first generations to grow up with a 24-hour news cycle, but also the first to grow up during the rise of digital news, which has completely upended the industry, and their own news consumption. Younger consumers are getting their daily news via digital sources, while older demos’ main news source is decidedly more old school: TV. Business Insider’s chart of primary news sources divided by age groups reads like a roller coaster drop between digital and TV, putting the divide between age groups in perspective. Social media’s also gaining ground with younger demos, while older age groups are equally or more likely to use radio and print—though, overall, both mediums are clearly taking only a small share of consumers’ time.

But because they’ve seen news become fragmented, harder to follow, and most of all less trustworthy, one source isn’t enough for young Americans. According to qualitative research by The Knight Foundation, 14-24-year-olds in the U.S. mostly consume news “by accident” while perusing social media platforms or apps. This may actually contribute to the fact that they view all news they see as biased or inaccurate, and will check other reputable sources to verify information. Of course, the digitization of news isn’t the only reason that they see news as biased or untrustworthy. Fake news has become a norm—to the point that this year, YouTube began hosting workshops to teach teens about fake news and how to spot it. One poll shows that 66% of teens believe most news articles aren’t true—and according to Ypulse research, 56% of 13-34-year-olds say they have been fooled by a fake news story before.

As we reported when talking about the public figures that Millennials trust the most, last year, Oxford’s Word of the Year was “post-truth”—a telling decision for an era in which fake news abounds, skepticism rules, and Millennials and Gen Z are never quite sure what to believe. So, in this new era, what news sources do young consumers actually trust? In our recent survey on news consumption and trust, we asked 1000 13-34-year-olds to rate a series of major news outlets, papers, and shows, telling us if they never trust it, rarely trust it, sometimes trust it, usually trust it, or always trust it. Here is a ranking of those sources, according to those that Millennials and Gen Z usually or always trust: 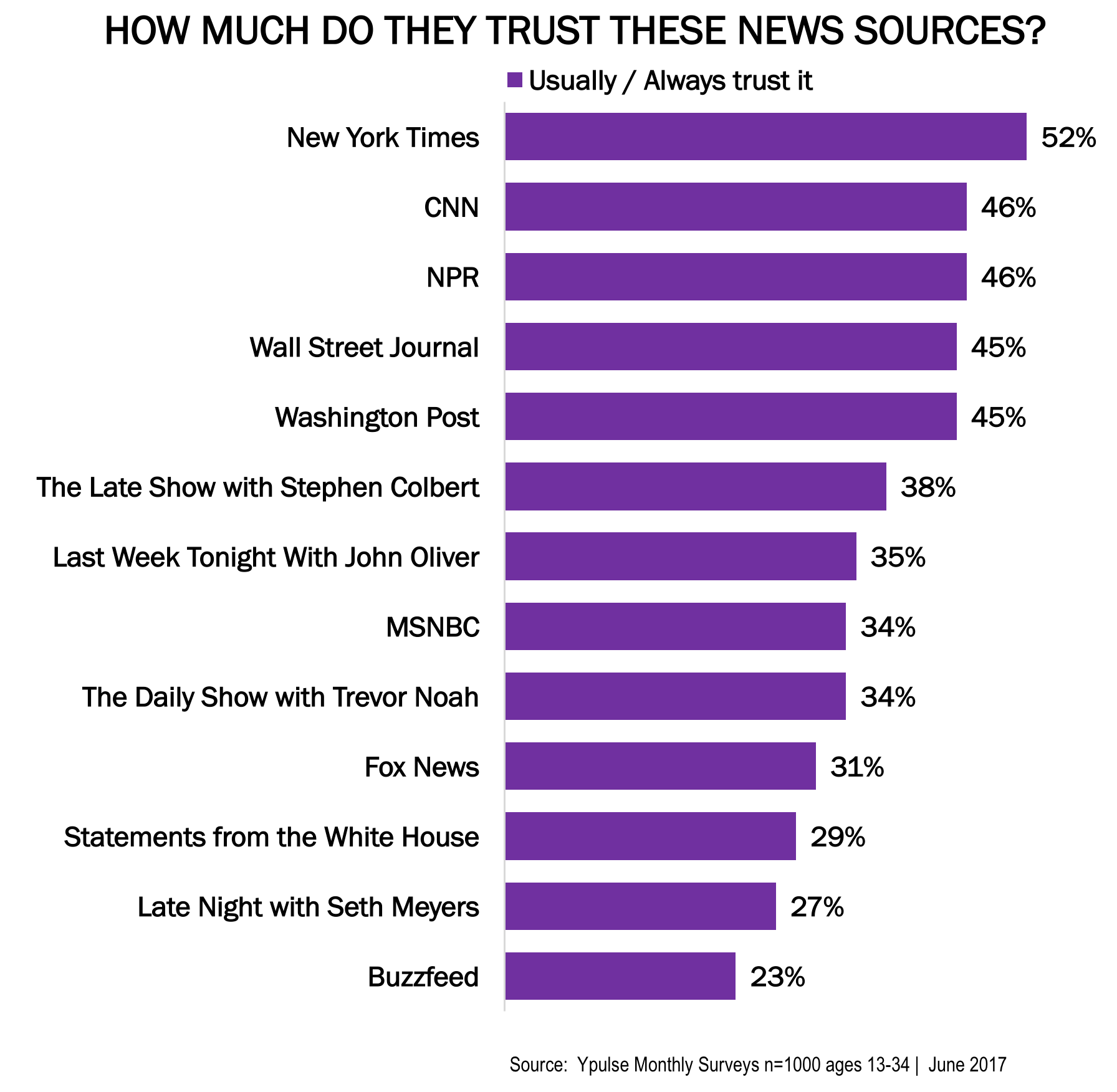 Their way of gathering news may be completely non-traditional, but young consumers were most likely to trust a very traditional news source: The New York Times. A little over half of Millennials and Gen Z told us that they usually/always trust the Times. CNN came in second on the usually/always trust ranking, followed by NPR and The Wall Street Journal.

Interestingly, while BuzzFeed hit the bottom of the list of the sources that they usually/always trust, it actually isn’t the source that the most young consumers say they never/rarely trust. That honor goes to… 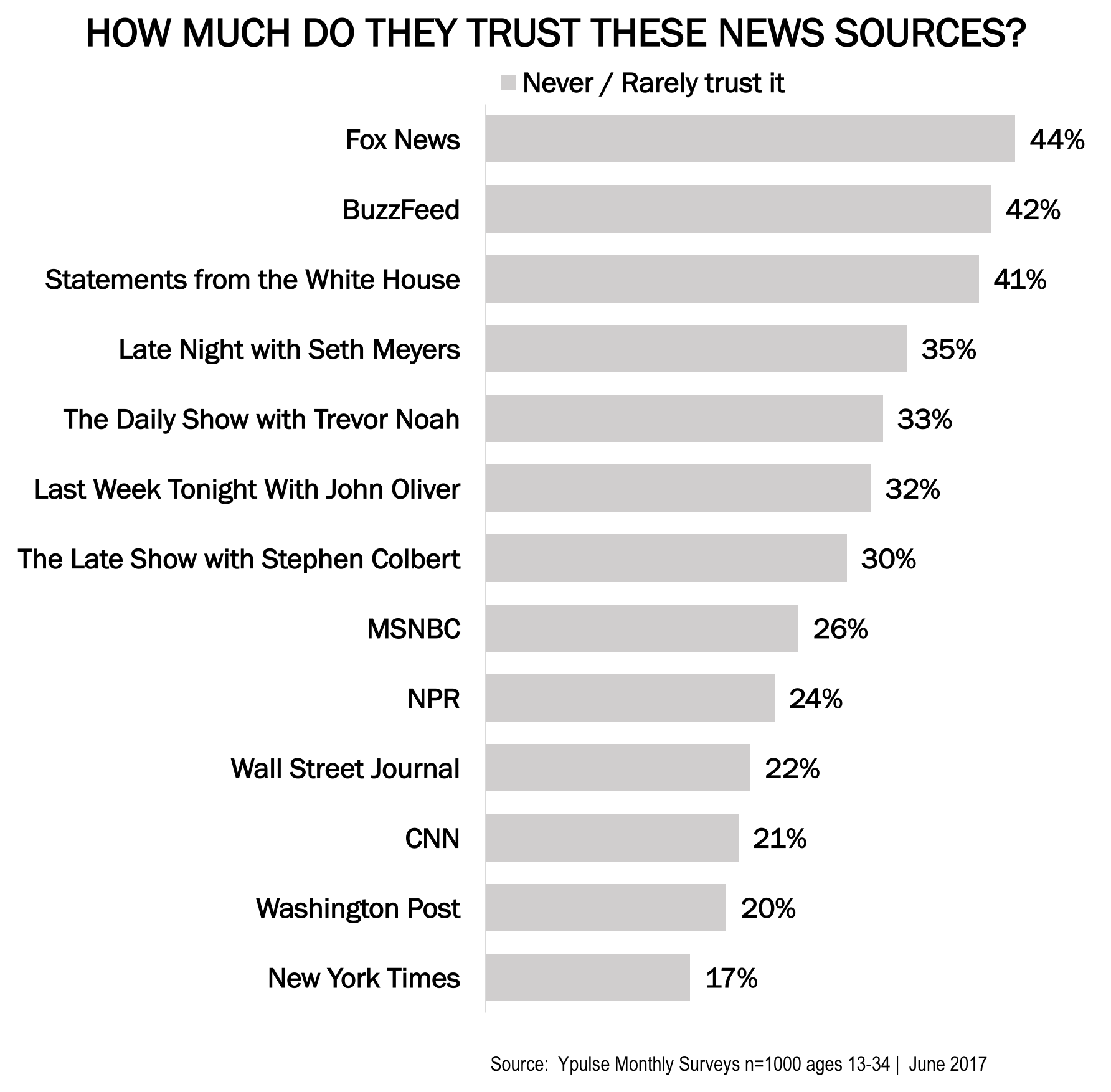 Over two in five young consumers said that they never/rarely trust Fox News, followed by BuzzFeed, then Statements from the White House. (Ouch, but not too surprising considering the public figures they trust least.) While Millennials’ and Gen Z’s overall liberal leanings are likely impacting their opinions about Fox News, it might be that BuzzFeed’s reputation for being meme and quiz central is making it feel less reputable and trustworthy to these young consumers. As the ranking of most trusted news sources makes clear, they’re more likely to trust news sources with long histories, a focus on “hard news,” and those that lean in their political direction.