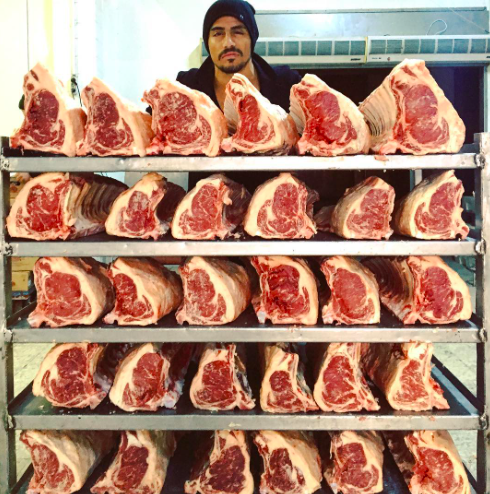 So, who’s behind trending hashtag #SaltBae? Chef and restaurant co-owner, Nusret Gökçe, who earned his nickname because of his “flamboyant salting skills and an almost erotic appreciation for a hefty slice of meat.” Gökçe first went viral when a video of him enthusiastically salting meat took the internet by storm, inspiring a wide array of memes. As BuzzFeed explains, the screenshot is being used to describe how extra one can be. (Extra: how someone may add hilariously unneeded embellishment to a situation.) Since going viral, Gökçe has reached 1.4 million followers on Instagram. With 33% of 13-33-year-olds posting memes to social media weekly (60% of 13-17-year-olds), an image that can entertainingly describe an emotion is bound to take off.

A 16-year-old rapper from Belgium has become the Black Harry Potter the internet always needed. Yung Mavu is going viral with Black Magic, a recently released music video showcasing his rap about Harry Potter storylines spun into a Black narrative. Mavu first previewed the track to his Twitter followers last summer, generating over 8,000 retweets, and now the more professionally produced video has prompted over two million views in nine days. Although a beloved series, Harry Potter has received criticism for its lack of diversity, and our Diversity Tipping Point trend found 56% of 18-33-year-olds don’t believe the entertainment media does a good job of representing minority groups. Clearly, people are loving the new take on the now classic content. 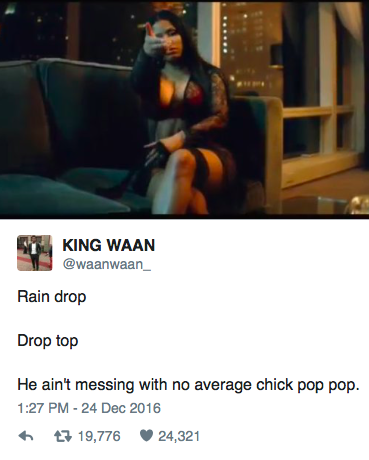 Rapper Migos has memes to thank for skyrocketing his track Bad and Boujee to the top of the charts, giving him the chance to possibly steal the number one spot from Rae Sremmurd’s Black Beatles—the song that became the ‘unofficial soundtrack’ to the viral Mannequin Challenge. Memes inspired by the song play on its haiku-like chorus, “Rain drop, Drop top,” adding in comical third lines and funny images. Bad and Boujee is one of many songs that internet users have taken and made their own—think Rickrolling and Running Man Challenge.

A petition asking Coachella’s headliners to donate to LGBT groups has gone viral, garnering over 7,000 supporters. The petition was created after Coachella’s owner Philip Anschutz landed himself in hot water for continually donating to Alliance Defending Freedom, National Christian Foundation, and the Family Research Council—all groups against LGBT rights. Artists Beyoncé, Kendrick Lamar, and Radiohead have been called upon to contribute to organizations like The Trevor Project, Trans Lifeline, and the Human Rights Campaign, to offset the issue. There is no doubt that Millennials and teens are more open about their sexual orientation than previous generations, and a 2016 Ypulse survey found that 28% of 13-33-year-olds are passionate about LGBT rights. 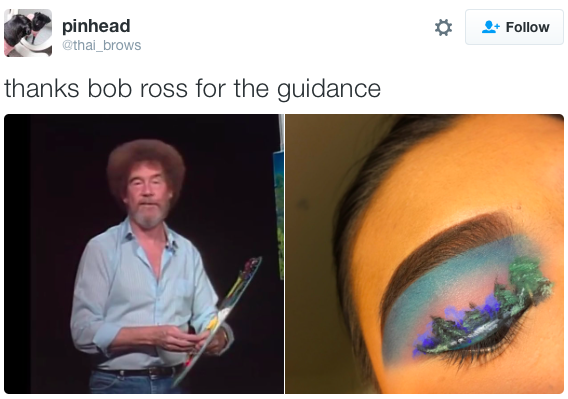 A makeup enthusiast is going viral for her Bob Ross inspired eye makeup. Nineteen-year-old Jenny Srimuang scanned YouTube for one of Bob Ross’s classic painting tutorials that she could replicate on her eye, and using the back of her hand as a palette, took an hour creating a forest scene—with, of course, many happy trees. The posted photo of her creation has garnered tons of praise on Twitter. That’s not the only eye art going viral this week. Sixteen-year-old Stefania Atupe’s talent of recreating works of art onto her eyelid has earned her plenty of followers and re-posts. Millennials and teens are taking makeup to a new level from just covering imperfections, and eye makeup art seems to be this year’s rainbow hair.